The Dragon Ball series has been one of the most widely popular and iconic Chinese cartoons ever since its inception, from the original Dragon Ball where they just kinda pulled shit out of their ass every week to Z and beyond, where the entirety of the show revolves around a single fight or two that takes over a hundred episodes to build up to.

It makes sense, then, that the series should translate so well to video games. What better way to dick around and waste time then with a show that does exactly that, but with explosions and shit? There have been many iterations, many different video game spin-offs. But none with as much hype and promise as Dragon Ball FighterZ. 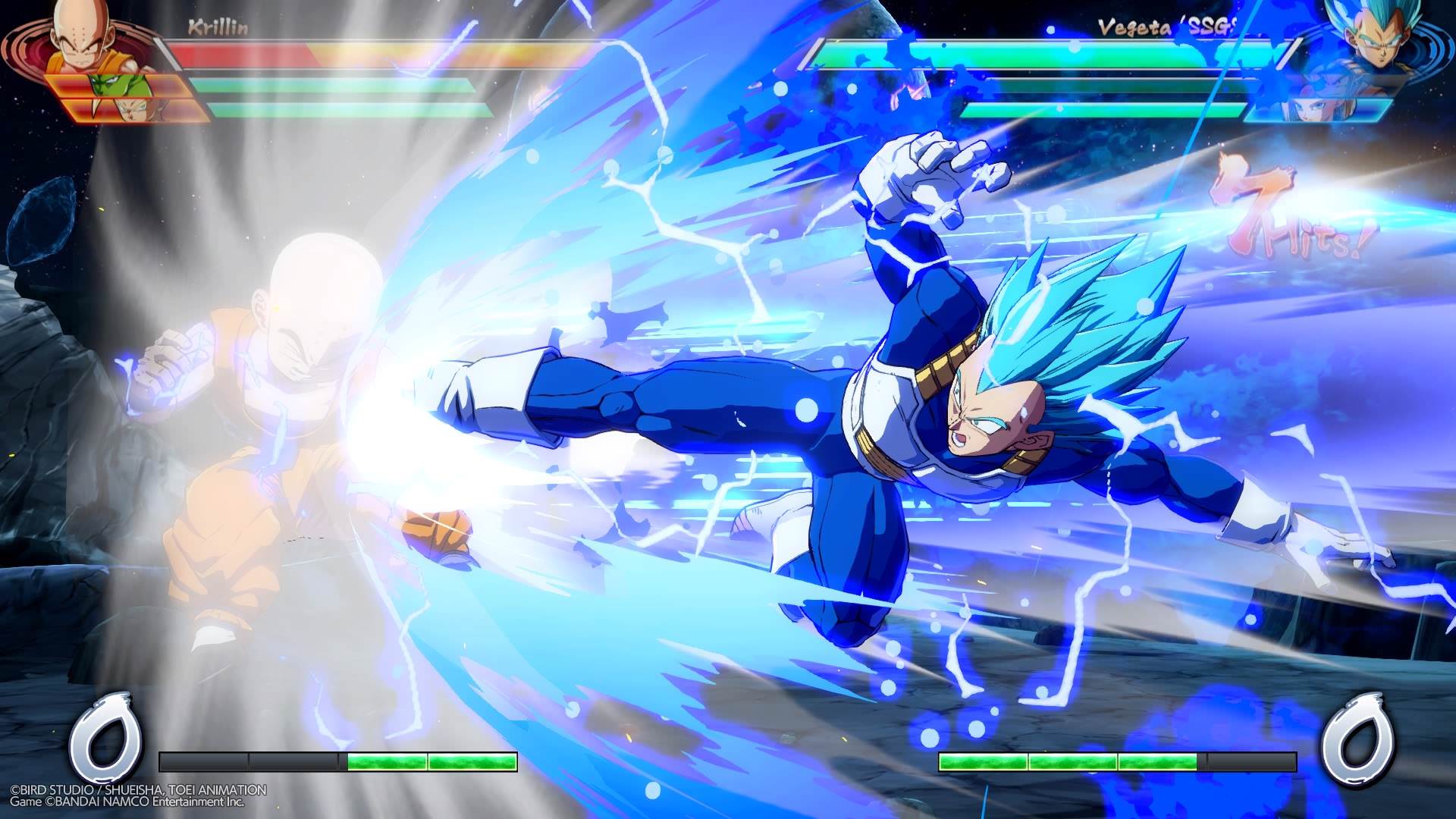 The newest Dragon Ball fighting game for PS4, Xbox One, and PC. A three-on-three, 2D fighter with beautiful animation and balanced fighting mechanics; something the Dragon Ball series has deserved all along. Which, you’d think the latter would be common sense for a fighting game. Haha, yeah. It’s a bit reminiscent of the Marvel Vs. Capcom games, which is definitely a good thing.

A lot of Dragon Ball ideas and concepts translate very well to video games, as Dragon Ball FighterZ so eloquently displays. But so, so many of them also really don’t. Many Dragon Ball staples are notably absent, from beam struggles to absurdly overpowered characters. Things that Dragon Ball’s autistic, entitled weeaboo fanbase may find absolutely necessary for a good Dragon Ball game. So keep in mind, this may inadvertently be the worst game you’ve ever played, despite my opinions on it.

It makes perfect sense that they would make it possible for SSSGSGBTQQIP2SAA Virginia to go toe to toe with Krillin purely to make the game somewhat enjoyable. Yeah, having Krillin whip his dick out to decimate every fighter in the game would be a lot more canon. But canon doesn’t mean fun. Canon doesn’t make a good game. If that’s what you wanted, Krillin’s Balls Fighters Z might be a better title for the game. 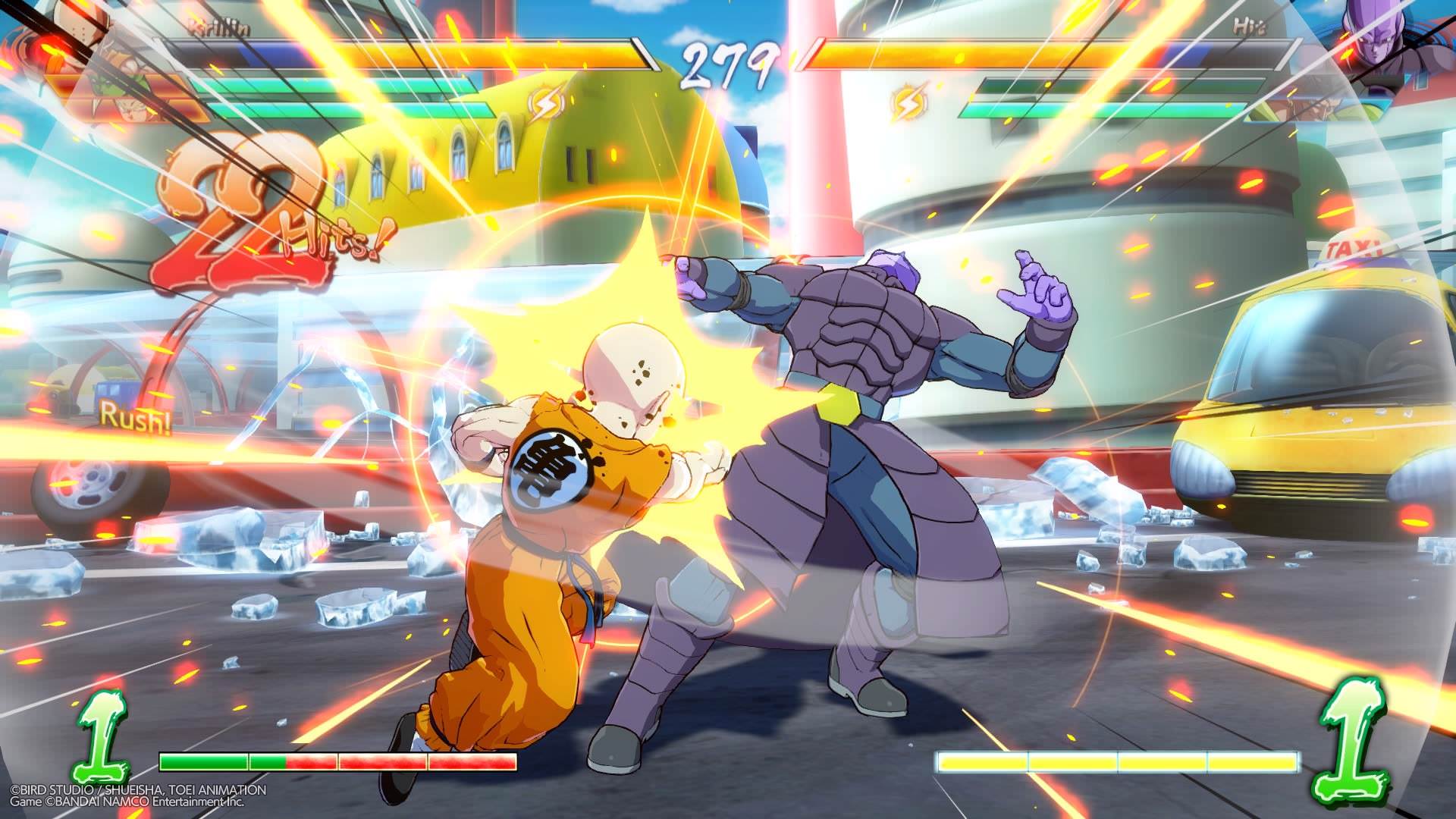 All of the Mario Party-level bullshit, like mashing buttons to make your laser beam stronger than the other guy’s laser beam so that your laser beam pushes his back and explodes in his face, all of it is gone. It’s just a fighting game. Is something lost by sticking to what is traditionally accepted as competitively viable? Yeah, kinda. It’s no longer a licensed anime game, it’s a real fighting game that the “eSports” people will care about. That’s what all of the hype was about. Why everyone was so excited for it, why people are celebrating it as the greatest Dragon Ball game ever.

Dragon Ball FighterZ is Pikachu putting on a suit and tie, going Super Sonic, and saying “you know what, we’re not just Narutos anymore. We’re gonna show them what we can do”. This is a formal Dragon Ball video game, appealing to a greater audience than just spastic man-children that want to play the cartoon on a literal level.

The team behind Fighter Balls Z has done nothing but show a profound respect for the property, characters, and our collective nostalgias. Everything from secret Easter eggs and cutscenes that are references to important moments from the show, to humiliating and degrading Yamcha like the worthless cuckold he is. They’ve even gone a step further, and satisfied every eager fan out there that thought to themselves “You know what, I really want Majin Buu to vore me. But I also want him to have tits. How am I, a virgin weeb, supposed to jerk off like this?” with their new original character. 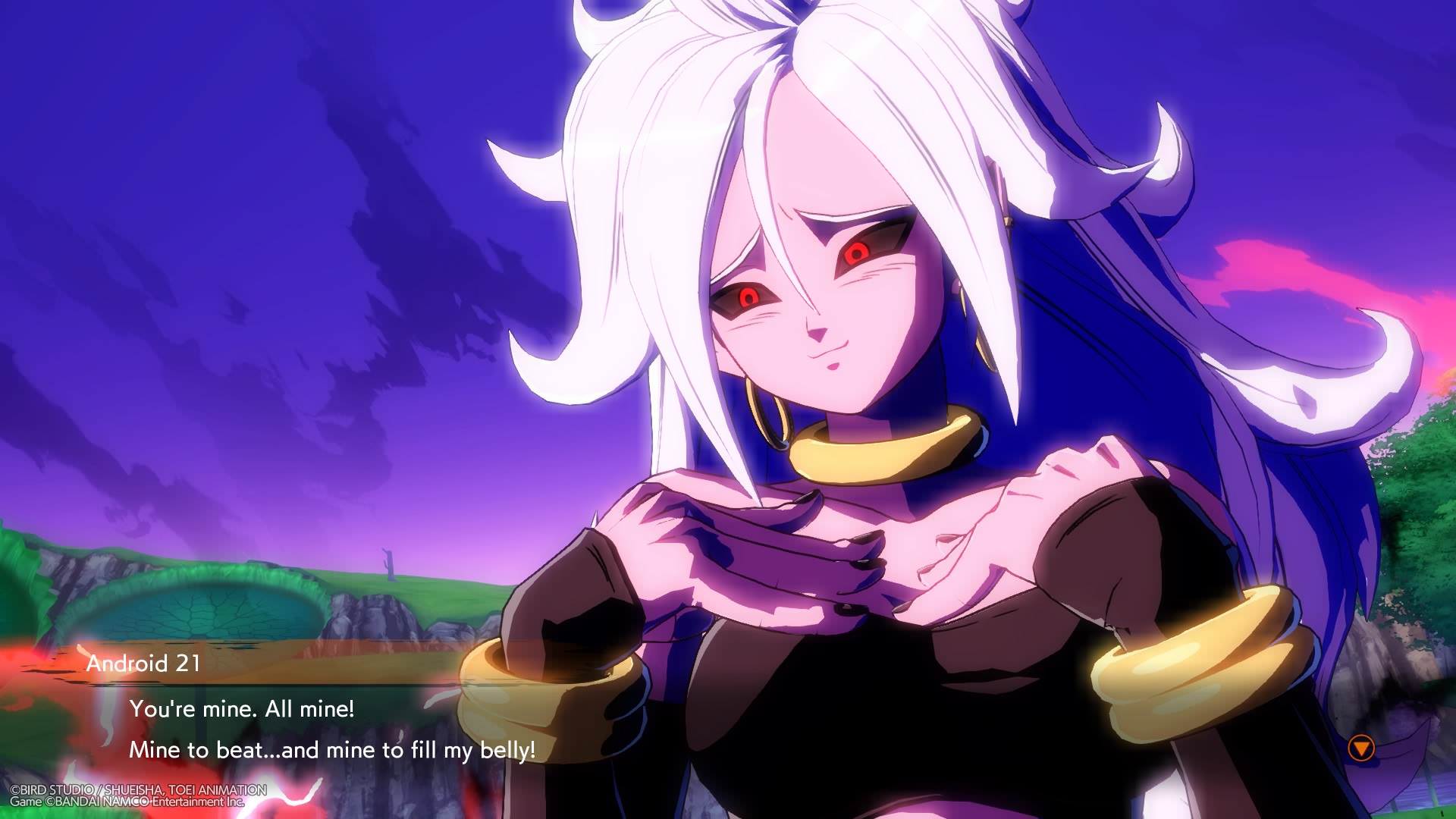 And much like Dragon Ball Z, not only does Fighter Balls Z exceeds expectations in terms of raw design, aesthetic, and how fucking worthless Yamcha is; FighterZ Balls is something of a train-wreck in terms of plot and execution at times. The very ambitious Story mode introduces a new waifu for all the vore fans out there, and that is about where its accolades end.

It’s an odd, turn-based RPG hybrid of sorts. You move around a map, picking fights with evil versions of everyone’s favorite characters. You level up for beating them up, and you move on to the next chapter by killing the boss of that map. What it ends up being, however, is a slog of repetitive fights. The AI tends to flit between “almost as retarded as Yamcha, almost” to “SGBLTSAS God SSJJBA SGA Krillin”, all thanks to the convenient RPG elements. Like the Dark Souls of Candy Land.

Even if you’re at the top of your game, a character with triple the attack power and health as you is still a bitch to fight. Especially when they automatically recover their health on top of it. The majority of matches I had in Story Mode were the enemy pinned to the wall while Krillin pounded their ass like a needy housewife. The other portion, a grossly non-canon massacre where some God Mode-ass lower life-form just wouldn’t stay dead unless I had properly slogged through the endless grind of smaller fights to make sure I could withstand their power level. 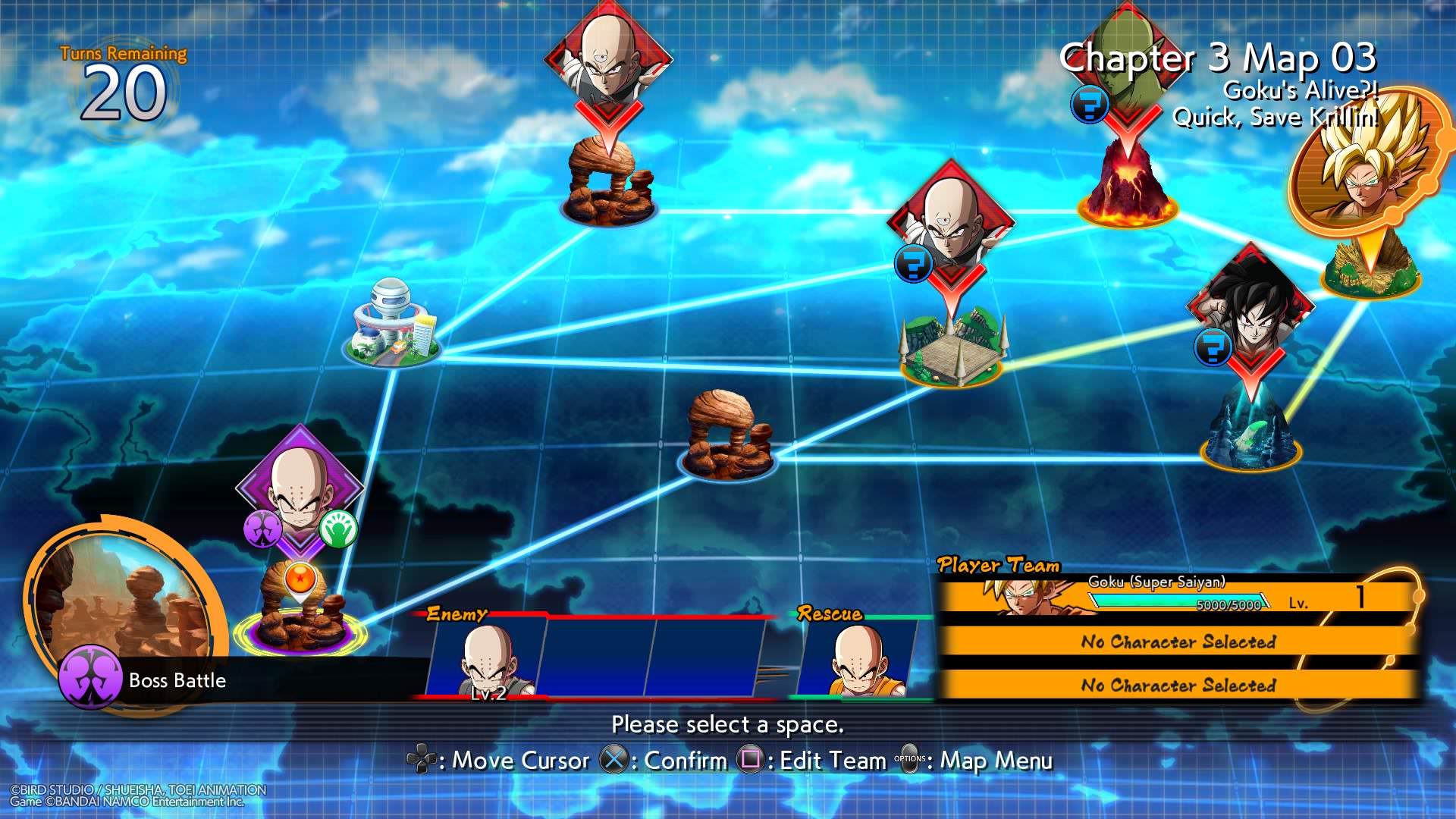 In short, they’ve perfectly captured the essence of the show. An endless slog of meaningless battles conveying a meaningless story that you’re forced to sit through in order to get to the one big, equally meaningless battle where you fall down but get back up and say something about your friends. And then you win. Everyone always comes back to life, and nothing of value is ever lost except your precious time.

So it’s a good thing they got the whole “fighting game” thing down. FighterZ has been meticulously sculpted to be both an easy, casual fighter and a serious, competitive fighter at the same time. A tricky thing to accomplish, and yet they’ve pulled it off easily with some simple Dragon Ball magic. All of the cool things you’d want to do, like shoot laser beams and do lots of very fast punches, are a single button-press or two away. And yet, for someone looking beyond simple button-mashing, quite a bit of depth lurks under the surface.

Simple checks and balances exist to counter most “cheap” moves. A homing dash attack counters someone spamming laser beams. The homing dash, while invulnerable to beam attacks, leaves one wide open to be smacked out of the air. And so forth. However, while lower level and pro level Fighter’s Ball Z both seem pretty solid, I can definitely see a point in the middle where tempers can be flared. The sheer flashiness of how easy the game makes some maneuvers look, coupled with the easy spam potential of a lot of attacks, can definitely come across as “cheap”. And considering the spastic weeaboo player base, I can see some controller-smashing keyboard shitstorms ensuing after they get shat on by a better player. 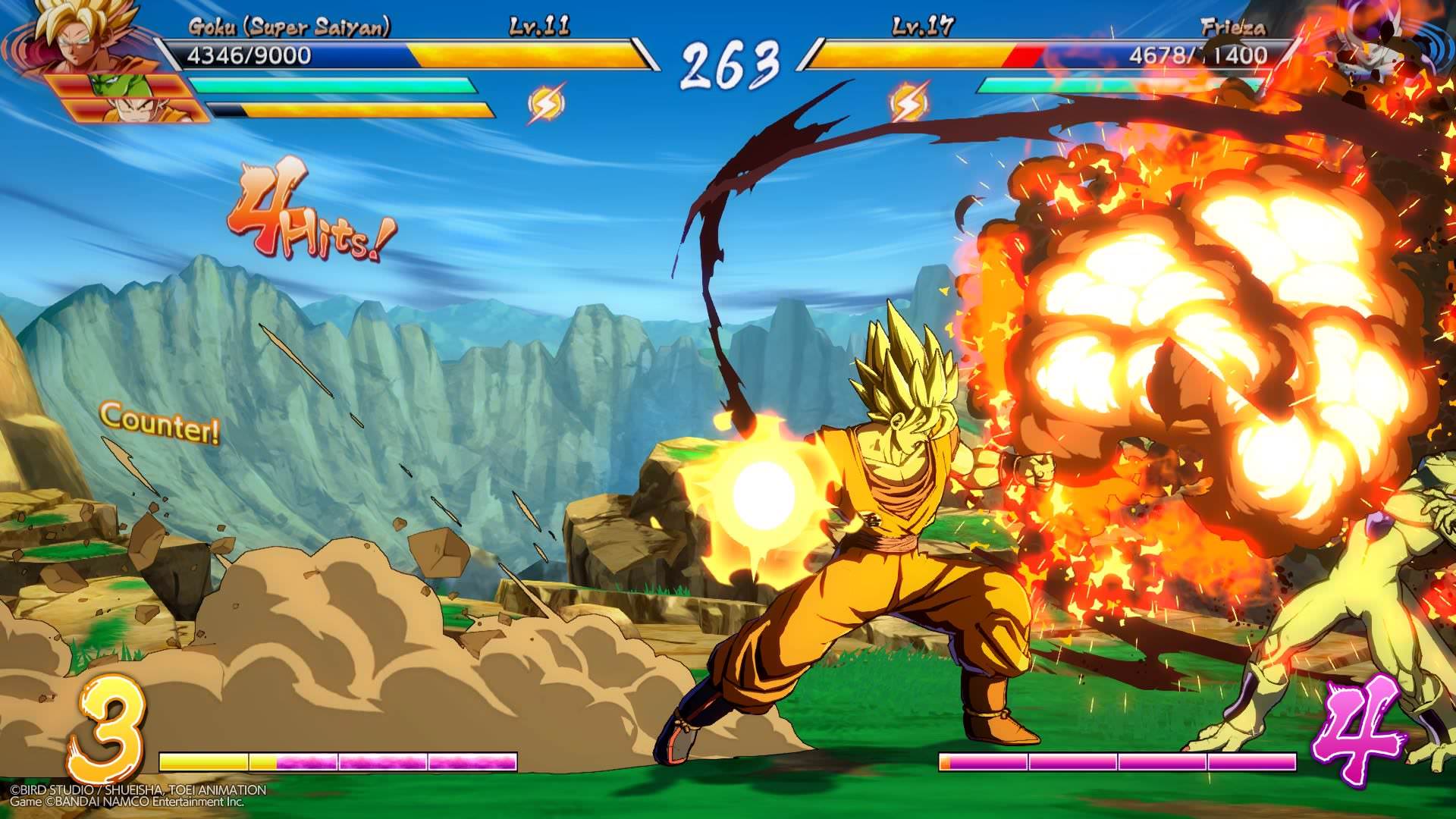 After all, weebs don’t like Dragon Ball because of Yamcha. It’s about living the Goku power fantasy, being the invincible god that no one can touch because of their friendship, disregarding women and beating up all the bullies. That’s the reason people love Dragon Ball. That, and black kids finding the plot so relatable. Goku steps out for a pack of cigarettes for a hundred episodes, maybe he’ll get back before everything goes to shit. Next time on Dragon Ball Z.

Regardless of how good of a Dragon Ball game FighterZ is, it’s a good fighting game. It’s a game first, and licensed anime fanservice tat second. Not to say other Dragon Ball games aren’t good. But really, the public’s reception of FighterZ should be telling enough. The fact that people are talking about it, considering it a real fighting game and developing a real competitive scene around it; it’s a Dragon Ball game geared towards everyone. Not just niche anime game fans. It’s almost like it’s a real game or something.

Perhaps too real for a Dragon Ball game, considering the servers have been literally broken since launch. Almost like they didn’t expect it to be as well-received as it has been. Hopefully they sort their online issues out soon, but otherwise the game is phenomenally well-made.

Will Bandai Namco fix their shitty online infrastructure and lobby system? Will they whore out their fighting game with an absurd amount of DLC? When will the Complete Edition come out, so people can just buy that instead of paying twice the price for a stupid fighting game?

Will they add Mr. Popo as a fighter? Will Bulma call him the n word again? Find out next time, on Dragon Ball Z. 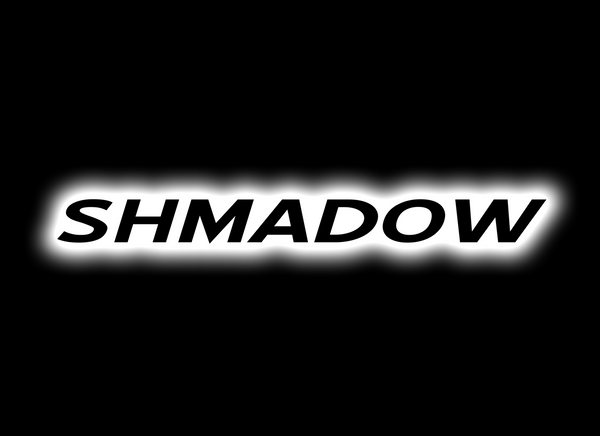 Photoshop is a wonderful tool. Sure, with enough training and experience you can make ugly people look attractive and make all of the shame disappear with a few brush strokes. 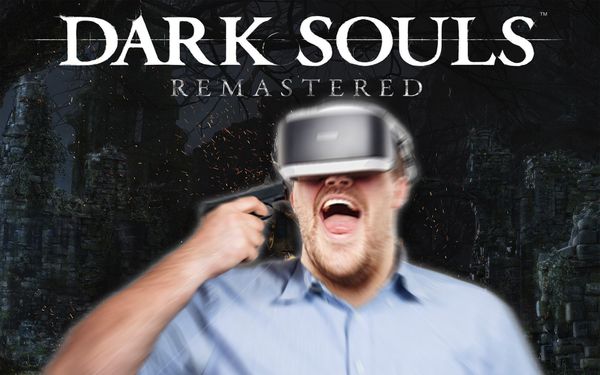 Back in January, Nintendo announced during their Direct Mini that Dark Souls was being remastered for the Switch. The internet was in an uproar, both from fans that were so