Nationalism, race, and immigration have become hot button issues in recent years. It’s not only an American problem, but an international one. America’s push for immigration reform to handle all the people entering illegally, Europe’s struggles with refugees and assimilation, the tensions in South Africa, and of course Israel’s occupation of Palestinian lands and ongoing genocide of its people. With the newfound freedom and anonymity of the internet, racist rhetoric has been on the rise. The United States, a land of diversity and living in harmony, is divided now more than ever. But one individual among all has been a greater source of hate, violence, and racism than any other. You all should know him well, he’s kind of a big deal. He wears a tie. That’s right, Donkey Kong. 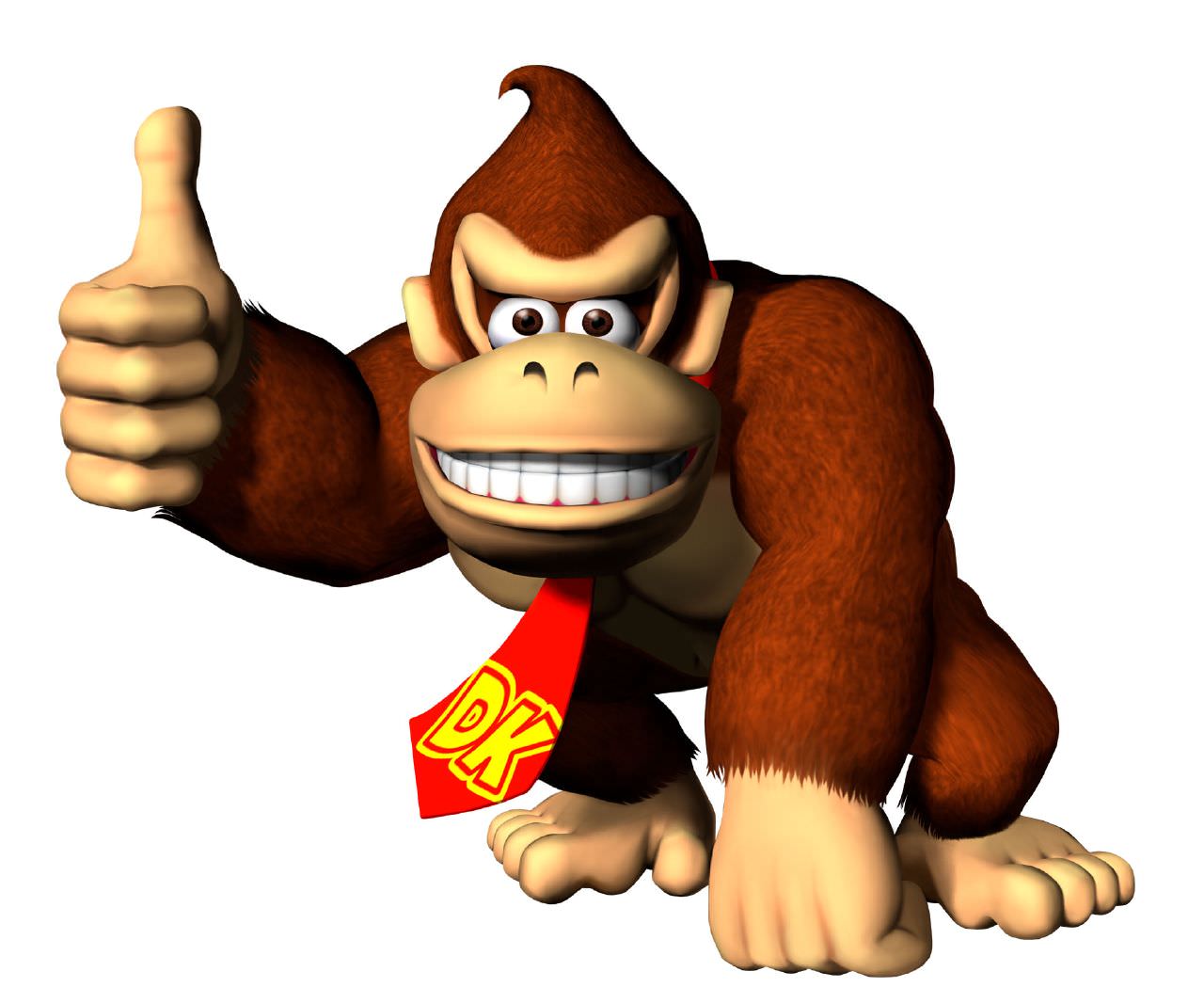 Donkey Kong is the patriarch and ruler of Donkey Kong island. He’s a violent ruler, most definitely guilty of war crimes of the gravest degree, and must be tried for the bloody violence he’s caused, the holocausts he’s personally started and carried out. Not only is he a threat to his homeland, forced to exist under his fascist rule, he’s a threat to any whom would dare to attempt so much as visiting his homeland, and of course our children. As I’ve covered before, children are incredibly receptive to violent ideas. Children in America already have Trump to look up to, the last thing they need is a warmongering Nazi Kong teaching them racial purity and Kong superiority.

Donkey Kong has been spreading his nationalistic, ethnocentric rhetoric for years. Ever since his first appearance in Donkey Kong Country, when the independent ethnostate of Donkey Kong Island was subjugated to an influx of “Kremling” immigrants. DK almost immediately set out to forcibly remove them all from his country. 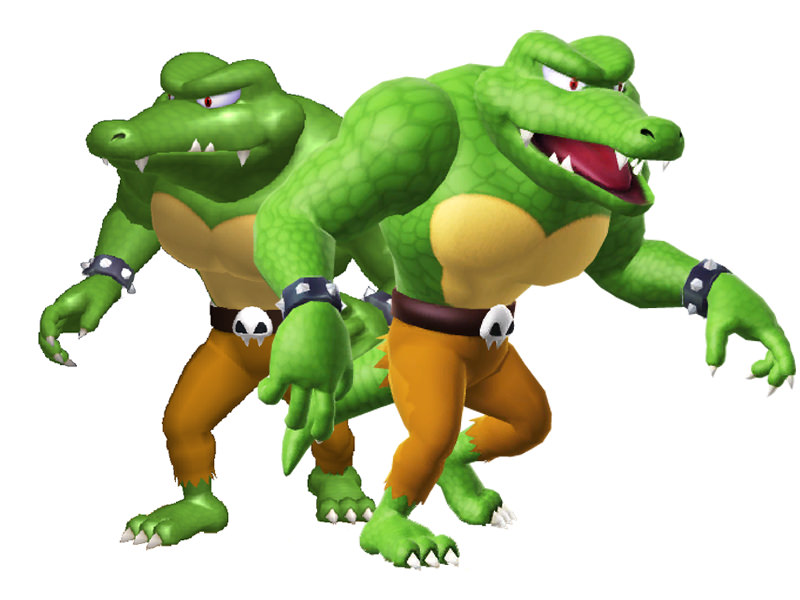 His “reason”? The excuse he used to justify the mass apartheid of Kremlings from Donkey Kong Island? His bananas. One Kremling, allegedly, stole his banana horde. Which, of course, means that all Kremlings must be murdering, raping, banana thieves. A familiar tactic, using a race or ethnicity as a scapegoat in order to stir an ethnic group into a violent frenzy. We’ve seen it with Nazi Germany, we’ve seen it with Trump’s take on immigration, we’ve even seen it on a broader scale with western countries and Islam. As many as 35% of Muslims in Canada have experienced some form of Islamophobia, and that’s with a government that’s generally fairly accepting of Muslim individuals into the country. Imagine how bad it would be if Trudeau himself came bursting out of his tree hut and started rolling into Muslims in some genocidal rampage? Over bananas?

Please, point out to me in this video where the innocent Kremling in question makes a move towards DK or his bananas. Does it look like, at any point, this alleged “thug” makes a move towards Donkey Kong with intent to harm him or his property? No. As we can very clearly see, this crocodile is unarmed, minding his own business. He walks straight past Donkey Kong’s bananas, and doesn’t even shoot a glance towards the racist Kong. He didn’t even see it coming. How many young, unarmed crocs need to die before we seriously discuss Kong brutality? 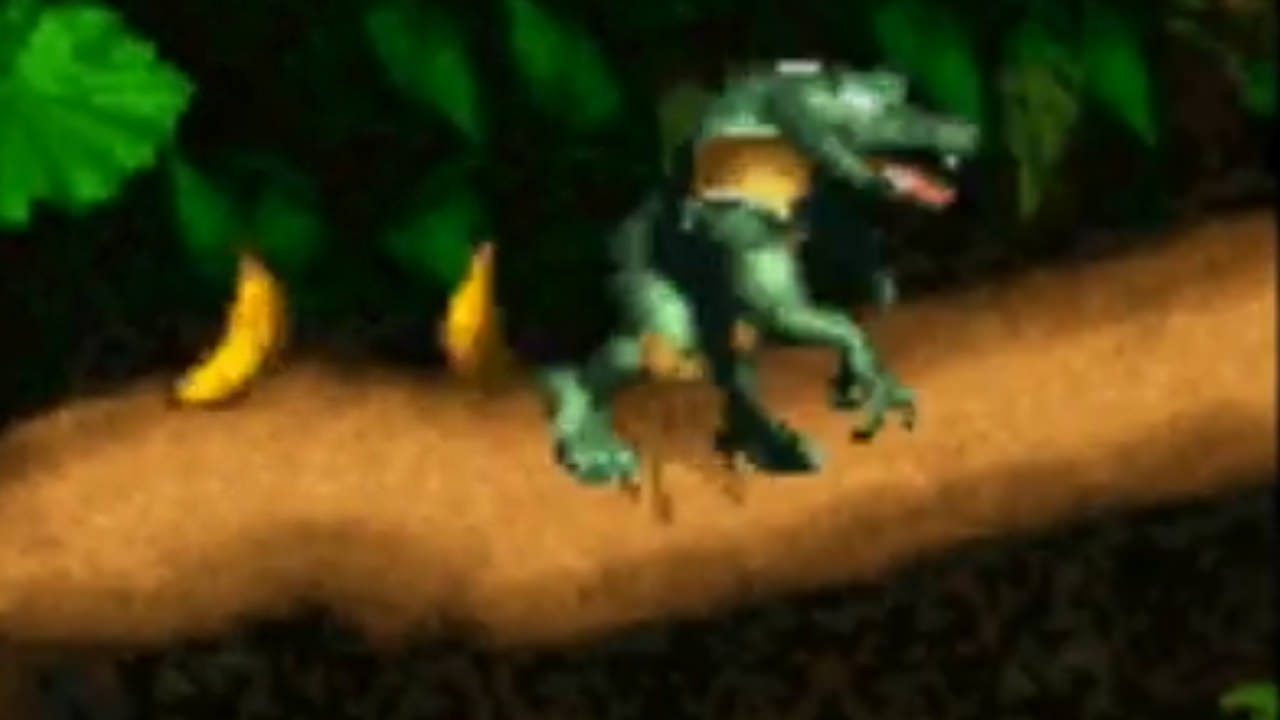 Donkey Kong’s nationalistic crusade doesn’t even end there either. It doesn’t only extend to Kremlings.

The Kongs aren’t the only residents of Donkey Kong Island. A wide variety of groups and cultures call it their home. Rhinos, parrots, elephants, ostriches, you name it. But what are these, to Donkey Kong? 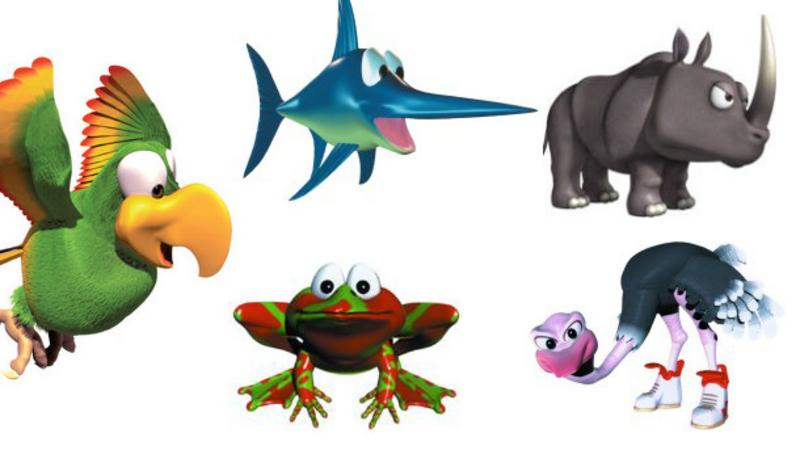 Tools. That’s what the diverse population of DK Island is to this fascist monster. These groups are subjugated and forced to serve Donkey Kong and his people. They are not given rights, they are not even given autonomy of their own bodies. Donkey Kong keeps them as slaves, stored in boxes, like they’re objects to be stored away when not in use. This isn’t just racism, this is barbaric. There’s a difference between implicit and explicit racism. Donald Trump perceiving other races as one thing or another could easily be justified as implicit. It was how he was raised, perhaps he just doesn’t know any better and truly thinks he is being fair. But there is no justifying Donkey Kong’s behavior. What is the difference between the Kongs and the other animals? They’re all equally animals. Are some more equal than others?

Does this look the slightest bit humane? Those boxes that they’re stored in don’t even have any sort of air holes. And we can only imagine how often they’re fed, considering that there’s no openings for even air to get in. The only way Donkey Kong can get them out is by smashing the box wide open. Not like there’s a hatch to open it or anything, that would be too convenient to the poor slaves. 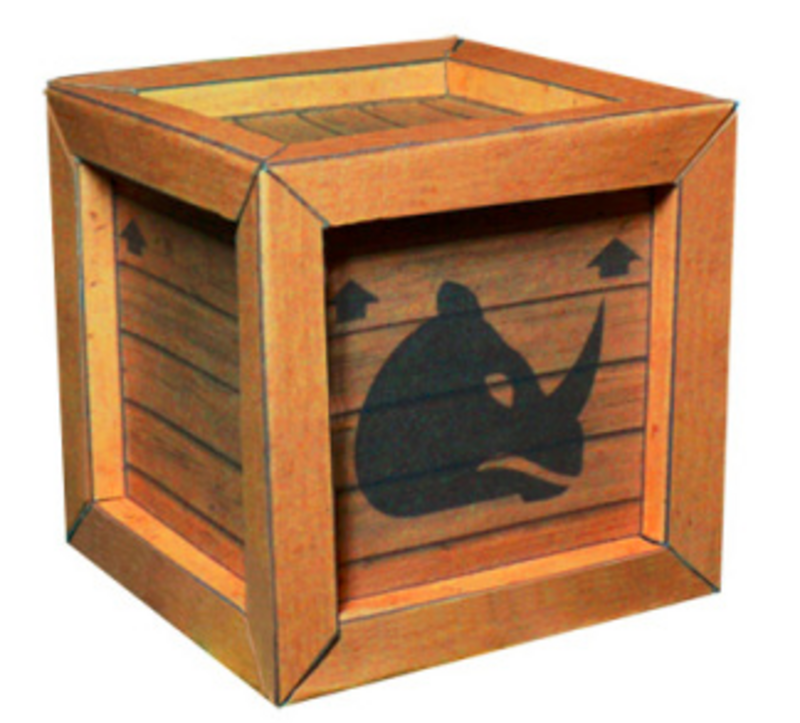 Donkey Kong has enslaved the other native peoples of his land and enforced apartheid on peaceful immigrants looking to settle and assimilate into Donkey Kong Island culture. Studies show immigrants often want to assimilate, and feel much more content when they do. And yet Donkey Kong refused to even give them that chance, driving them out with the use of the people he’s enslaved. But it gets even worse.

Donkey Kong Island does not even belong to Donkey Kong. There were people there before the Kong tribe settled. The aboriginal Tiki people were the original settlers, a tribal people that resided within the island’s volcano for what we can only assume is decades, possibly centuries before any of the Kongs were even born. 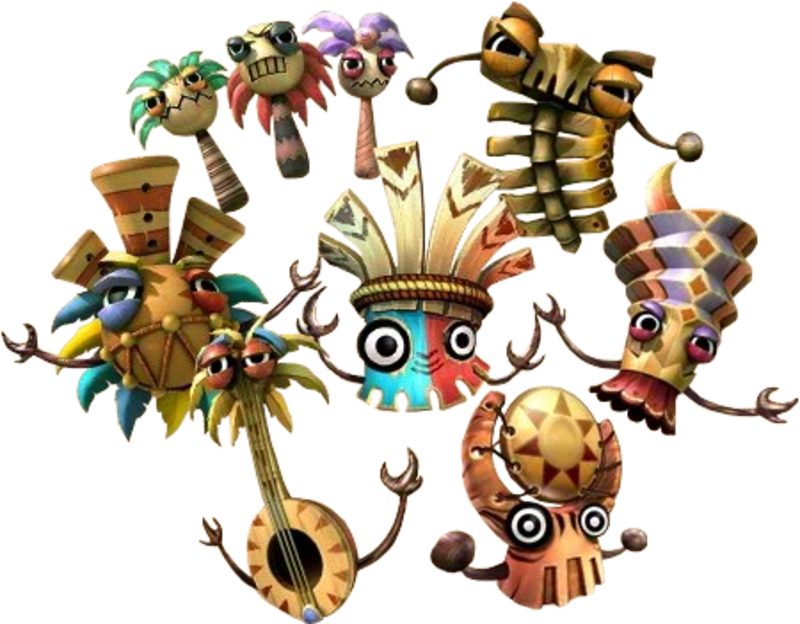 And yet what does Donkey Kong do? Drive them out, murder them all, absolutely purge them from the island. Who does the island rightfully belong to? The people that populated it originally, the natives? Or the Kongs, simply because they claimed it as their island? Do we not owe the Native Americans for the land we’ve stolen from them? Don’t the native people of a country deserve the right to live as they please in the land they’ve always considered home? Do they not have the right to their land, to fight for what belongs to them?

Just look at the way they tremble in fear as he approaches to murder each and every one. Donkey Kong has done nothing but violent, hateful acts in his time in office on Donkey Kong Island. He’s driven out immigrants and refugees, enslaved his fellow countrymen, drove a native population to genocide, and continues to be a threat to all around him. He hasn’t just raised his fists against the Kremlings, but to literally every other race that’s ever come in contact with him. 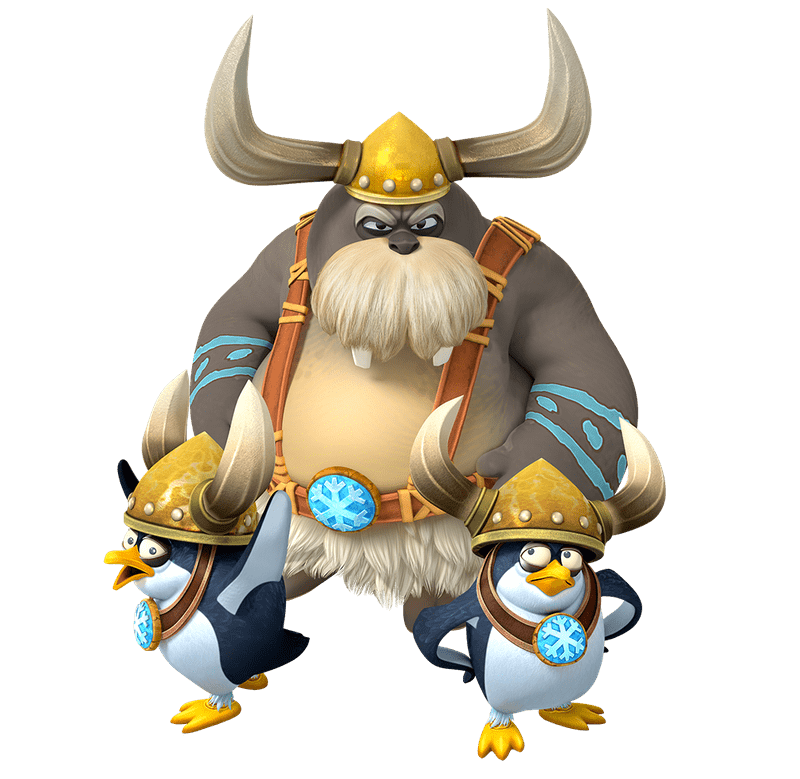 The Kremlings, the Tikis, the Snomads, the indigenous life of his own accursed island; where does it end? What’s to say humanity isn’t next? The United States of America, global superpower; what’s to say DK won’t set his sights on us?

America would be safer handing over all of their nuclear arms to North Korea than they would be allowing Donkey Kong to continue living without facing the swift judgement he so deserves for his crimes. This is no Gaddafi, no Hussein, no Bin Laden. This is a Hitler-level threat, and it’s about time America put some of that military power to some justifiable use for once. Enough drone strikes and carpet bombing of innocent civilians, we need Trump to bring his fire and fury to Donkey Kong Island already.

America spends half a trillion dollars on our military every year. If Trump wants to invest all of our hard-earned tax payer dollars on our military, the least he could do is use that army to keep us safe. It’s only a matter of time before Donkey Kong starts getting ambitious, maybe decides to start expanding his Aryan Kong race’s reach to the nations beyond. If we don’t stop the Kong Reich, there’s no guarantee it won’t eventually make its way to our shores.

Call your state’s representatives, call your governors and your senators. Call the president, call the head of the UN. Get out there and start demonstrating. Donald Trump may not be taking the threat to our safety and our children’s safety seriously. But if we all unite as one, we can defeat the Kong menace and all the evils he’s wrought. God bless America. 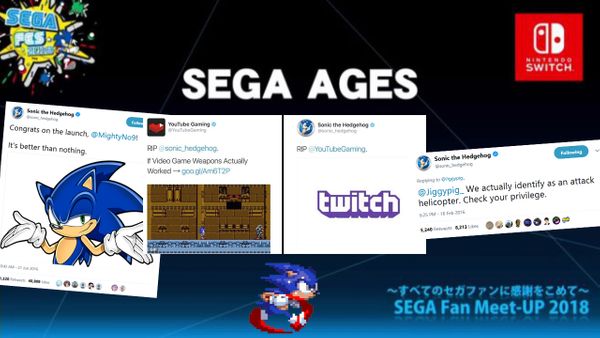 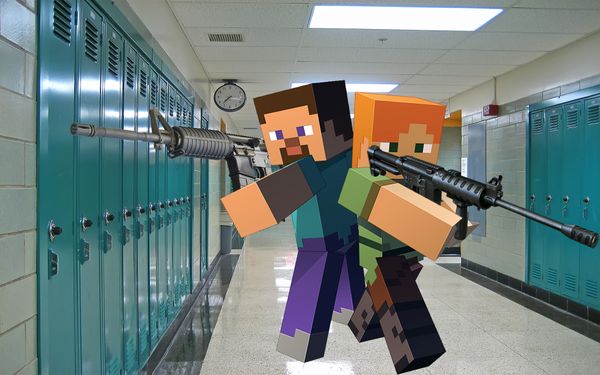