When Facebook announced they were working on their very own cryptocurrency, the first question on everyone's mind was of course, why? The second question was, of course, is this part of some elaborate scheme to enslave mankind and rule the world?

Facebook has done a myriad of suspicious things in the past, but apparently now, they just want to let people say slurs. Or at least, that seemed to be the only interesting thing that Facebook said we would be able to spend our "Zuck Bucks" on. Within the Facebook platform, Zuck Bucks will be rewarded to those with good "social credit". Those who contribute to the community and are active on pages, in groups, or just on whatever posts pop up in their feed. And those who are not well-behaved, instead of the lengthy bans they'd normally get, can now choose to simply pay a "Zuck Buck" fine.

This baffling decision comes after years of critics calling Facebook's content moderation an attack on free speech. After all, if the majority of public discussion on important topics occurs online, shouldn't all voices be heard? And the devil's advocate position of, everyone on the internet is always wrong about everything, why should we let them say anything at all? But now, if you say something that crosses a line on Facebook's platforms, all you've got to do is pay a small Zuck Buck fee. For the low, low price of 100 Zuck Bucks, users may purchase what is essentially a "get out of jail free" card. A concept that may sound ridiculous to some, or even appealing. But it's a dangerous, slippery slope when you think about it. Allowing the wealthy to buy their right to true free speech, while we're silenced.

It's kind of like parking in a handicap parking space when you're not handicapped. To the average person, the fine is a deterrent. But what about Jeff Bezos? Paying $250 to park there is pocket change. Pocket change for a premium parking spot right up front by the door. Sure, one could think of Facebook's new crypto policy as a 100 Zuck Buck punishment, but in reality, it's just putting a price tag on the ability to say whatever you want. Once again, the bourgeoisie are willing to use their wealth and power to silence and oppress us. Next thing you know, they'll have actual NFT N word passes that will allow the oligarchy to legally use whatever horrible slurs they want. Or like, not even slurs, but like normal words too probably. I'm not just mad about the slurs thing I'm mad about freedom of speech. And also the slurs thing because slurs are bad. There's a lot going on here, okay?

The only ray of hope in this bleak time is that currently, Facebook's  "Zuck Bucks" are worth about $0.00069 USD. So a hundred of those is like, what, barely seven cents? Nothing at all. But what if, you know? What if they become worth one dollar? What if the demand to say the N word drives up their value? It's actually kind of ingenious if you think about it. Just tragic that it was Mark Zuckerburg that had to profit from it. Could have been a big tech start-up for the African American community. Some kind of centralized council managing who is allowed to say the N word, collecting an N word tax, etc. It's gotta be possible. Amazon and Facebook hear everything we say through our phone. They could just record how many times we say the N word and charge us for it.

I'm just saying. It's a business opportunity.  Supply and demand. But yeah, Facebook is just trying to overthrow the old world government and replace it with a tech oligarchy again. Which, really, is nothing different from what we currently have. They would just have the opportunity to oppress us more since there's no established precedent to look after citizens.

You're just gonna end up banished to some underground hellworld. Or maybe you'll live in domes or something. Or maybe they'll just mass-euthanize most of you. 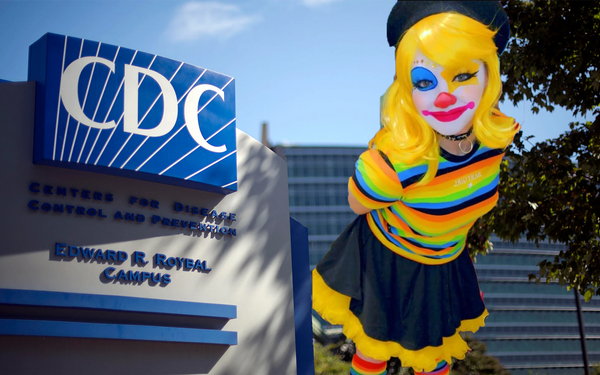 An odd fashion trend has been sweeping the internet, and taking up roots in the OnlyFans content creator community. "Clowncore", as it's referred to, has captivated e-girls and e-whores all 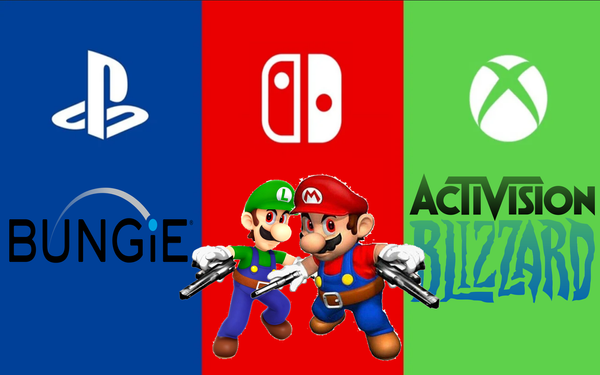 Sony and Microsoft have been on a buying spree lately, acquiring studios and IP left and right. Some of the biggest names in gaming, like Activision Blizzard and Bethesda, have