Fake news has become incredibly dangerous as of late, with many conspiracy theorists and malicious parties looking to spread false news and false narratives for their own selfish gain. And innocent people are often the victims. It's absolutely despicable, and needs to be stopped. So we're setting the record straight today.

Dan Schneider, of Nickelodeon fame, a world-renowned producer of live-action children's media, was NOT arrested at a Kids Foot Locker. Really, I don't understand who would have spread this horrible and completely false rumor. Why would Dan Schneider even be at a Kids Foot Locker? For one of his many incredibly popular and well-written shows? I doubt it, he's got a team of people to do that kind of thing for him. He's a busy guy, a successful guy. He doesn't have time to go loiter around a Kids Foot Locker for several hours, and I doubt he'd do anything weird there that would result in him being arrested. He's a successful guy, what would he have to gain from Kids Foot Locker? It makes no sense.

I think some of you are just jealous that you aren't as popular and successful as him. Victorious, iCarly, the list goes on. All of these obscenely popular, well-received shows. He's made millions of dollars. What have you done? Spread misinformation?

Dan Schneider was not seen loitering around a Kids Foot Locker for several hours, he did not say anything weird to any of the kids trying on shoes, he was not taking pictures or recording them while they were trying on shoes, and he definitely was not arrested for doing any of the above. And everyone spreading this hateful misinformation about one of Nickelodeon's most beloved directors and producers should feel ashamed. People can hardly tell fact from fiction these days thanks to people like you getting a kick out of spreading horribly untrue stories on the internet. I hope you feel really silly, getting called out like this. What did you even accomplish? Did you think this story was believable for even one second? It's very obviously a made up story. If I were to read "Dan Schneider Arrested At Kids Footlocker" I would laugh right in your face. I would think "there's no way this actually happened, it's very clearly a made up story" and not give you the time of day. No one believed you. And in the end, he's still a major producer, and you're still no one.

So maybe think twice before you go spreading misinformation on the internet, and stick to your weird little troll bridges you weird creepy internet trolls. We've had enough of you and your misinformation. Stay out of our good part of the internet, where there's truth and light, and stay in the depths where you belong.

And remember to only consult trusted, safe sources of news that have been verified. None of these fake news websites peddling their lies to people for a quick buck. It's unthinkable what kind of garbage some people put out just for ad revenue. 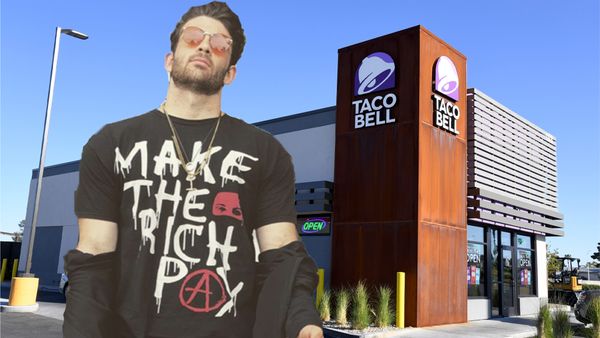 Once again, the radical extremist left shows their true colors in another astonishing act of greed and gluttony. Self-proclaimed revolutionary communist Hasan "HasanAbi" Piker, someone that claims to be some 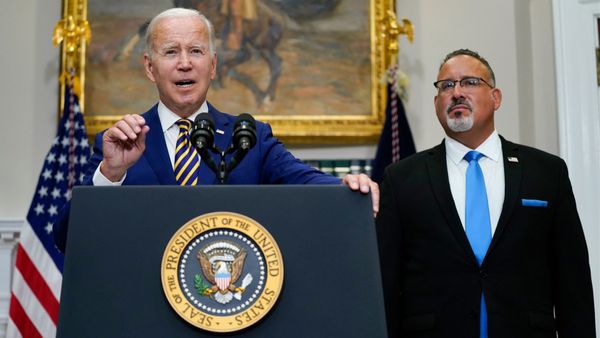 President Biden has announced that up to 10k in debt will be forgiven for those with student loans. And, in order to help pay for this, add 10k in debt