The world has been waiting with baited breath for the trial of Ghislaine Maxwell, if it'll ever come.

Some fear she won't survive long enough to testify. The long-time accomplice of Jeffrey Epstein has dirt on a lot of powerful people, and they'll do everything they can to silence her.

While she's still awaiting trial, she hasn't hesitated to start speaking out whatever she can legally say without hurting her case. And the details are shocking.

"They just sit around doing drugs and playing Kirby Air Ride all the time. I don't blame them, it's honestly the pinnacle of gaming. They do everything they can to enhance the experience, trying to reach the highest height of human pleasure possible." Maxwell confessed emotionally.

"Sometimes... they get Taco Bell. Not just any Taco Bell though, they get things like the Nacho Crunch Grilled Stuft Burrito, which were discontinued in 2006. I don't even know where they get it from, someone just comes by and drops it off in a plain, brown paper bag."

Apparently, they even have "Super Cocaine", which has all the benefits of cocaine but it can also play SNES games.

It's unknown how much more Maxwell has on the wealthy elite, but I for one am already sickened. Human trafficking and organ harvesting are one thing, but this is too far.

A GameStop employee was in quite the shock yesterday after accidentally creating adrenochrome, the mythical drug supposedly used by the wealthy elite. "I dunno man, I was just doing my 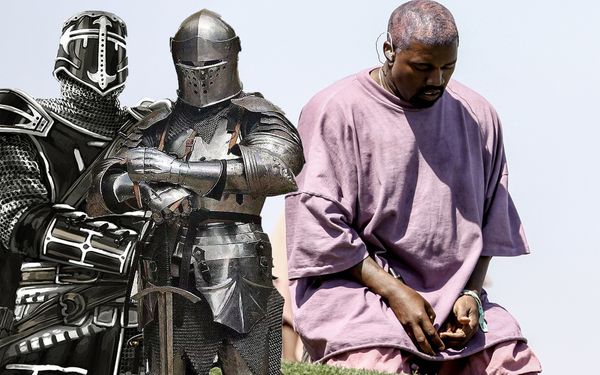 America will be ushering in a new age of crusaders, according to presidential hopeful Kanye West. The rapper, now poised to turn America's democracy into a theocracy, insists that our