The world we live in is quickly becoming a scary place. The rampant radicalization taking place across the world, civil unrest born of selfish and corrupt governments that ignore the wants and needs of their people, greedy corporations ravaging the Earth and sucking the blood from our very veins; we are living in a dystopia, it is no longer science fiction.

Even now, Silicon Valley inches us closer and closer to an Orwellian surveillance state. A nightmare China is already living. Their facial recognition software only grows more refined and their probing eyes demand more and more of our precious data. The implications for what's possible with this kind of software, along with the corruption at both the political and corporate level in the twisted plutocracy that has the world in its clutches, are chilling to say the very least.

The worst part is, resisting the slow pull towards this Orwellian future is near impossible. Peaceful protest seems to get us nowhere, and violent retaliation is demonized by the corrupt media that feeds us lies to keep us obedient and docile. We're so much happier to vote for the lesser of two evils and accept the fate they choose to give us over fighting for the world we want to live in. We've already grown fat and lazy in our complacency, and many people around the globe are more than happy to live on their knees than to die on their feet.

It's a slippery slope that, soon, we won't have any way to fight back against. Like a frog, being slowly cooked alive. They're taking our rights away, one by one, and by the time the general population is inconvenienced enough to care there won't be anything left to defend.

Those that are actively doing their best to fight the status quo of the bipartisan oligarchy and capitalist machine are labeled as terrorists, or criminals. But when the government doesn't have your back, who will you turn to for protection? Luckily enough, there are two major factions actively rebeling against the system. Unlikely allies, in this confusing time. The Juggalos, and the Furries.

Juggalos, chaos incarnate, they who welcome the anarchical call of the void; their iconic makeup defies the technological shackles of facial recognition technology. They are what the Chinese Communist Party and the capitalist puppeteers of Silicon Valley fear most, enemies that they cannot identy or defend against.

They lurk in the shadows, they live on violence and thrive in mayhem. They know no gods, no masters, no law, no order. They cannot be tamed, or broken. They bend the knee to no one.

And taking up arms alongside them? Quite possibly the most pervasive and powerful form of autism known to man. Furries.

Furries are depraved, degenerative beings that actively spit in the face of God with their very existence. They reject not just law and order, but commit crimes against the sanctity of nature itself. Juggalos may revolt against the world without cause, but furries revolt against aspects of the natural world that absolutely no one has problems with, at all. They refuse to abide by laws we put in place for very good reason. Like didn't AIDS come from gorillas or something?

Together, these two factions form the backbone of the resistance. Two separate, quite possibly opposite ends of libertarian extremism that will plunge the world into another dark age as the corrupt institutions that control information collapse unto themselves.

They are the hope of our world, the last bastion of defense against the evil powers looking for absolute power and total control. And it's only by joining forces with them that we can fight for our freedom.

Choose wisely, though. Because after the dust settles and the ruins of the modern world are all that remain, the battle for supremacy between each faction will decide the fate of the human race. The next step we'll take on the path of our evolution as a species, and the development of our very civilization. We can say that they'll coexist, but we all know that never works. It's only a matter of time before anti-furry or anti-juggalo rhetoric begins to rear its ugly head.

I, for one, believe completely in juggalo supremacy, and will take up arms to defend my beautiful juggalette wife and dear juggalo children. I will defend the rights of my people to the bitter end, and lay my life down to protect the world and future I want to pass down to them.

To the deepstate oligarchs and capitalist tyrants of the world, I only have one thing to say to you. Whoop whoop. Whoop. Whoop. And to my furry brothers in arms, may God give us glory. 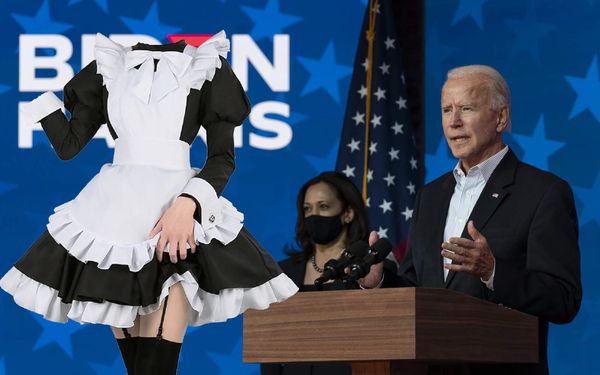 Biden has been projected winner of the 2020 election, and he's planning some big changes for the country to ensure nothing like Trump ever happens again. Executive orders are already 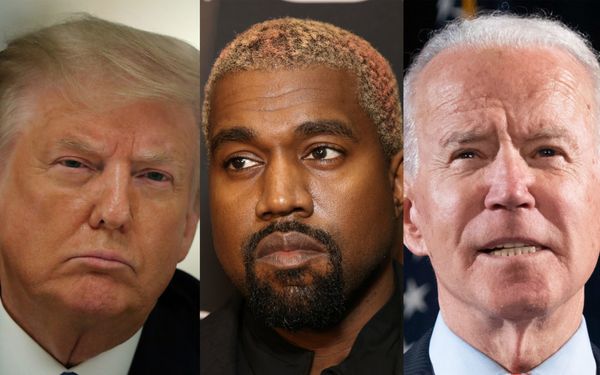 Biden and Trump have gone head to head for an incredibly tense election, with the entire country anxiously waiting for one of these people we absolutely did not want to