Why do mass crossovers so frequently suck ass? Why can’t characters from a multitude of different universes come together to form a cohesive whole? Why is there always so much bullshit?

So much fucking bullshit. Honestly. If you’re pulling from a dozen different worlds with a variety of deep lores and stories to them, you really shouldn’t have to fall back on generic plot devices with no merit to any of the stories. 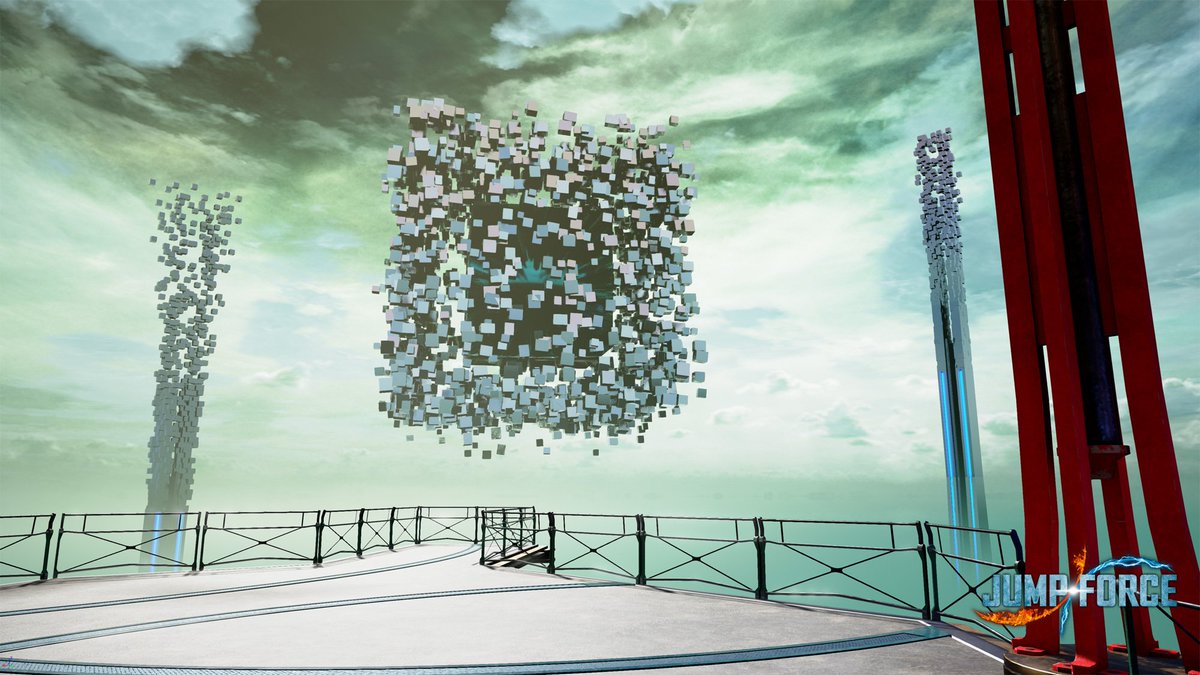 Literally just drag and drop a handful of untextured cubes into a fucking scene why don’t you.

Now, by no means am I a fucking weeb. It’s not like I just read amiibos and watch mongoose or anything. But as a cultured and enlightened being, I can appreciate quality works where I see them. The cultural significance of Dragon Ball Z, or the ripples Jojo’s Bizarre Adventure sent through video games, animation, and more. Or how fucking cool Yu-Gi-Oh cards are.

Jump Force takes all of those franchises and more, combines them all into a fighting game mash-up, and does absolutely none of them justice. None.

Jump Force is a celebration of all the greatest flaws of amino and mingles. All of the pitfalls that plague the medium as a whole. 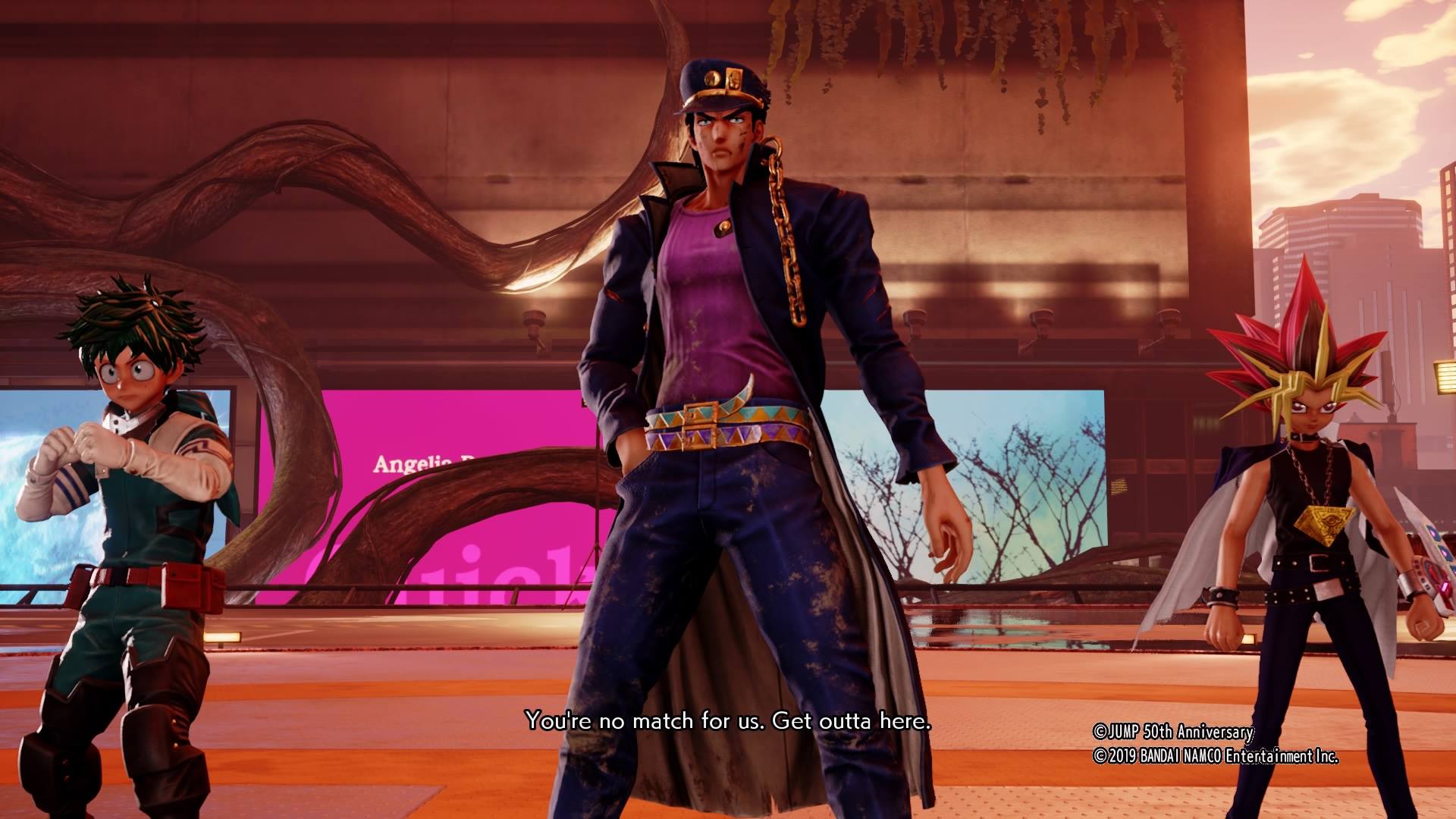 Jump Force is 50 episodes of screaming followed by a non sequitur story arc about Krillin’s urinary tract infection. Jump Force is an amalgamation of personalities drained of their vibrancy and tossed around like generic action figures in a battle where the results don’t even matter.

If Naruto goes sicko mode and kills Pikachu with the Kamamacarena Wave, we can just use the Chaos Emeralds to wish him back to life. So his character development and redemption arc are ultimately invalidated and meaningless.

Except there isn’t even the prospect of consequence or character development because it’s a self-justifying character mash-up. 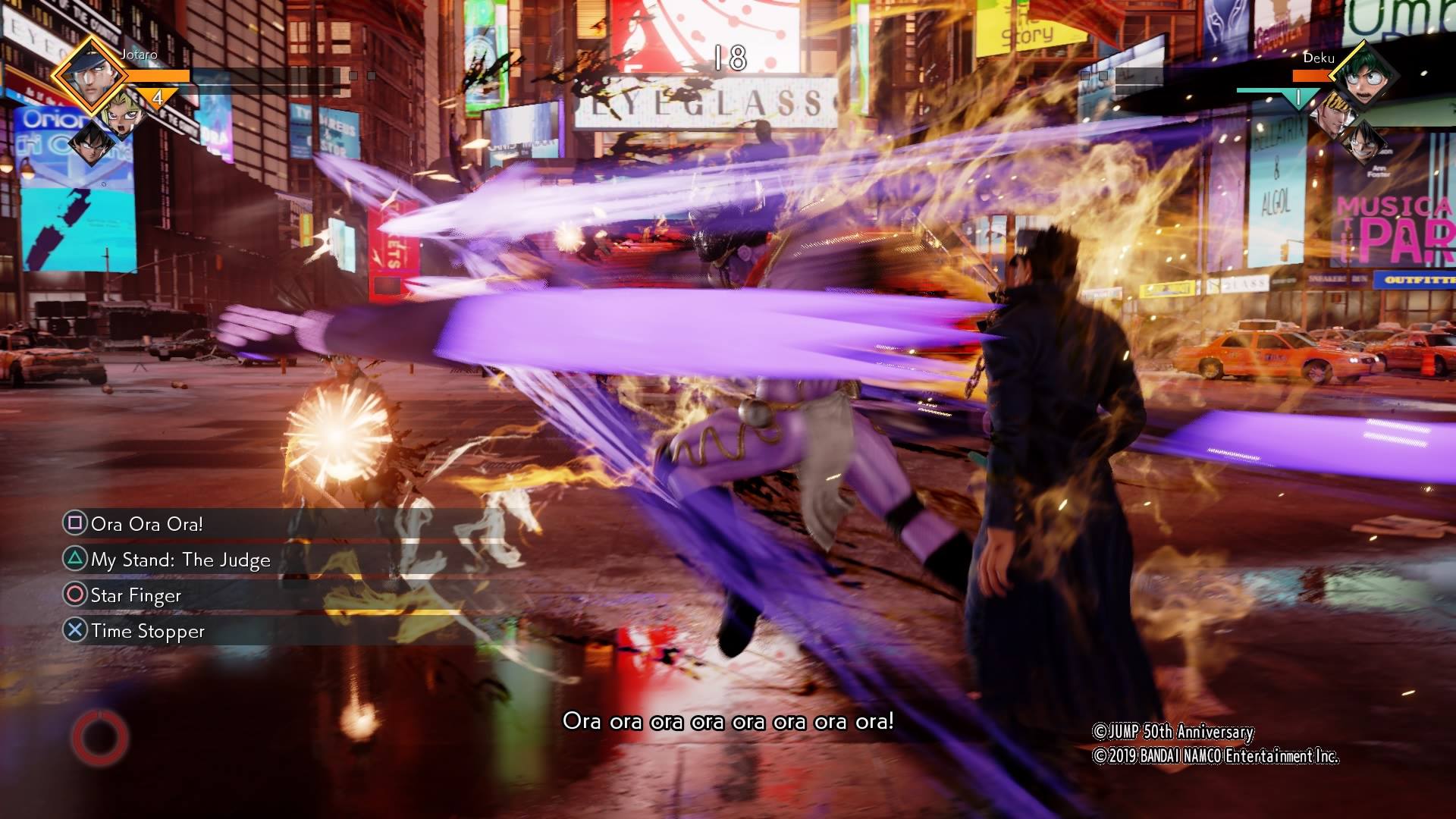 Instead of screaming it’s repetitive filler cutscenes with poor animation. Instead of generic filler characters, they’re the main characters you know and love, reduced to supporting characters that parrot catchphrases in a story struggling to justify itself with bland original characters no one cares about.

The only, single, solitary redeeming feature is that the actual battle mechanics, when you actually get through the meaningless static it calls dialogue and endless loading screens, aren’t that bad. They’re not what I’d call good, but they could be worse. Simple, accessible button mashing. Generic, repetitive, but flashy and mostly responsive. But even then, most of the characters play the same and it makes no sense.

How can Yugi literally fly across the battlefield and teleport rapidly to smash his enemies into the ground? Why can every single character do that? Why don’t they each have their own unique style instead of all controlling like different skins of Dragon Ball Z characters? There is no love put into the game, just tone-deaf references and brainless nerd circlejerkery. 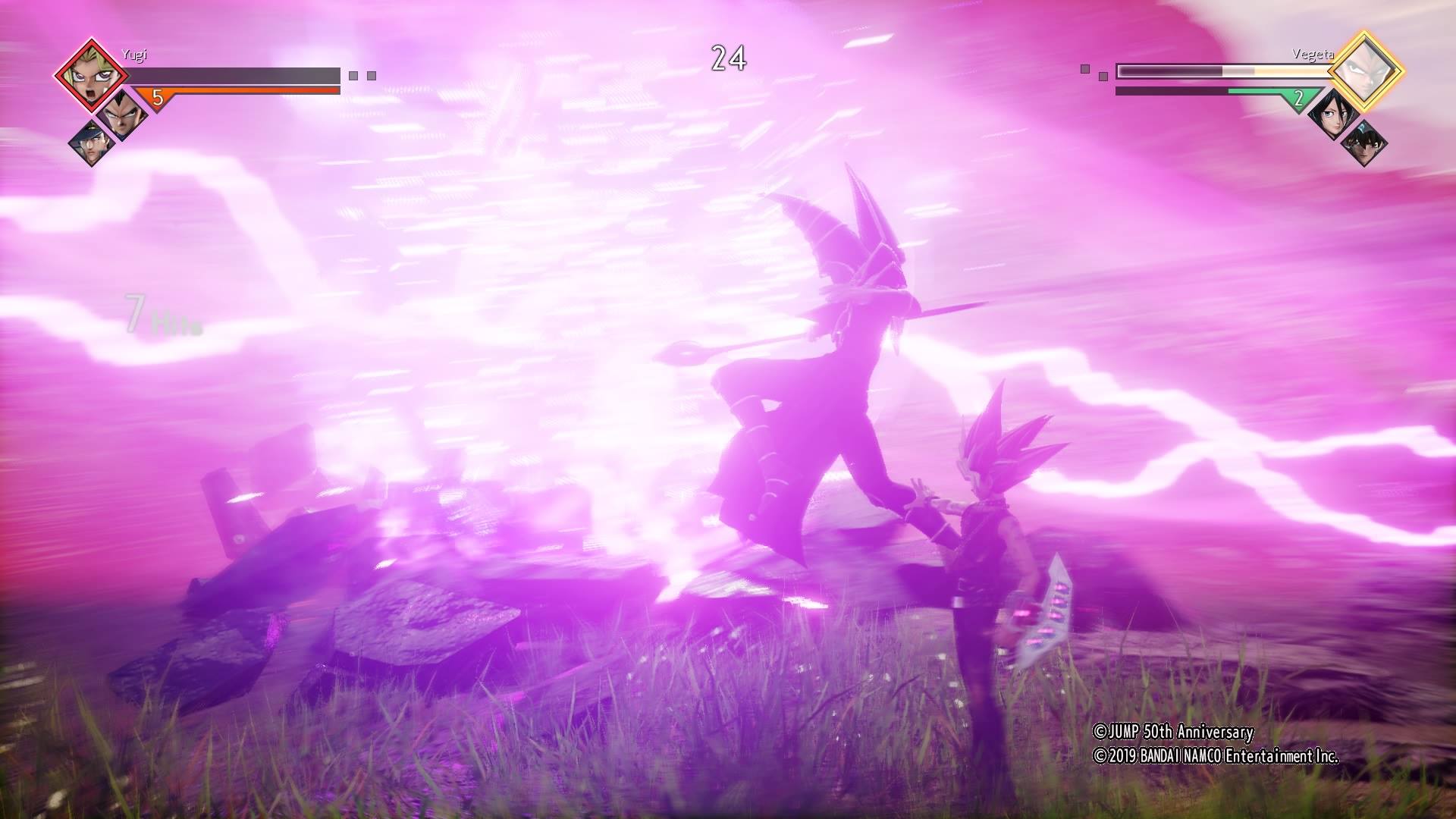 Jump Force doesn’t know what it wants to be and does everything it tries badly. If they wanted to focus on the gameplay, why is there a story mode composed 100% of filler? There is genuinely nothing worth seeing in the story mode, it’s not even good as fan service.

It’s not even optional. There’s no arcade mode or anything. If they wanted to force the story mode, why didn’t they design an actual fucking story mode instead of just cobbling together shitty animations and flavorless text? You’re working with franchises where parallel universes, virtual reality, time travel, wish-granting, and reality warping are all canon occurrences. The most lazy and basic forms of plot devices, and they had to go even lazier with fucking magic cubes and evil soulless fighter clones.

Why couldn’t they write something genuinely compelling? Dragon Ball’s universe god calling for a “Tournament of Power” between different dimensions similar to the ending arc of Super, Yugi getting zapped into a virtual reality video game that involves all the amigo characters, Woody and Buzz Lightyear being bought off eBay by a weeaboo and needing to fight their way through all his action figures to save Little Bo Peep from getting hot glued every night; there are more than enough tools for a decent crossover and they used none. 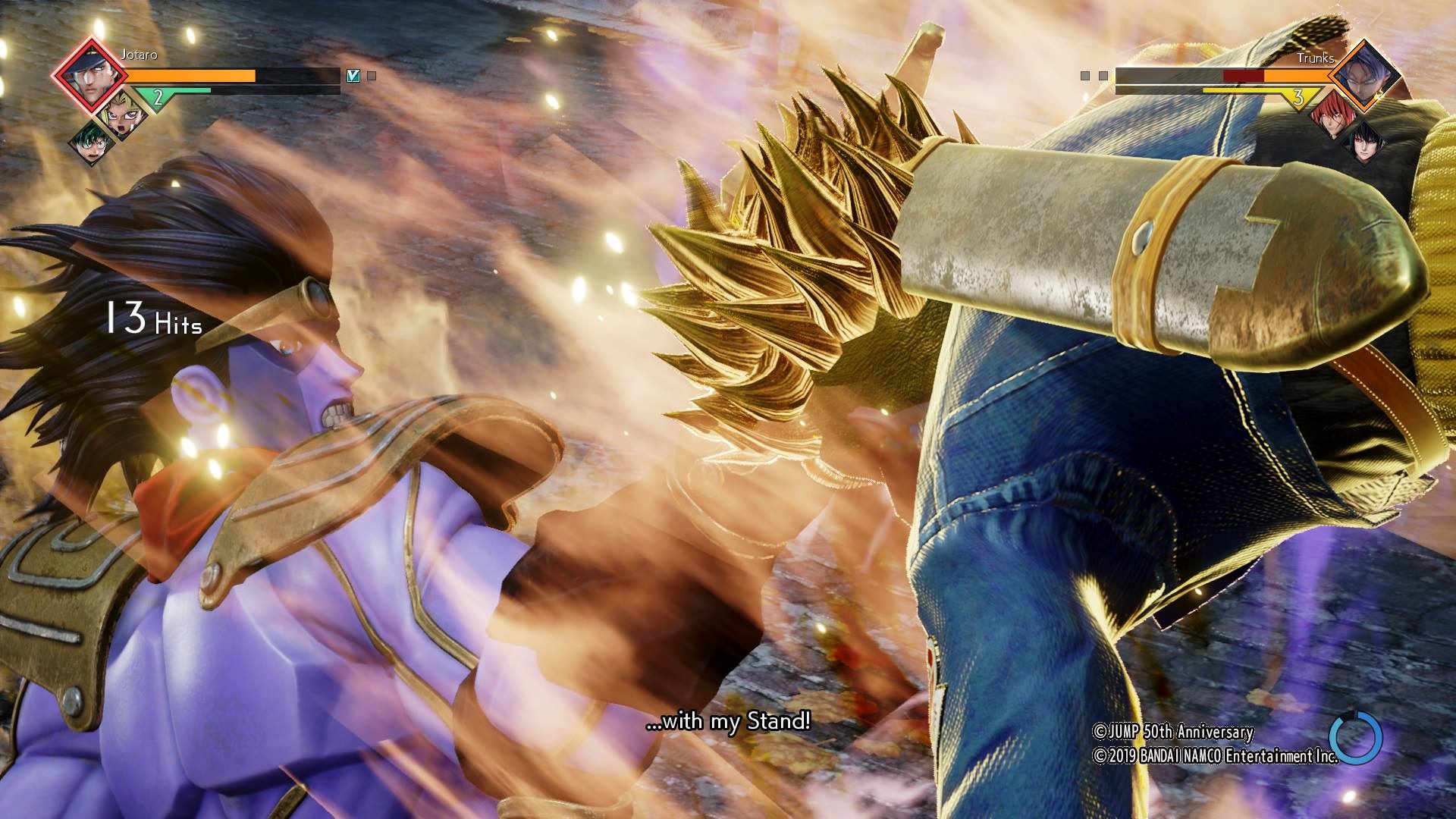 The Penguins of Madagascar building a time machine and traveling to the bad future where Perfect Cell becomes King of New York, Johnny Test’s sisters crafting androids that go renegade and destroy all life on Earth prompting Trunks to travel to their dimension accidentally tipping off Bling-Bling Boy to the Dragon Balls so he can use his wish to become the ultimate ruler of all universes sending Johnny on a quest through the multiverse with a collection of gadgets except Dukey gets pierced by a Stand Arrow, awakening him to his powers to freeze time, which he uses to help Johnny up until he meets the android responsible for destroying Earth, an alternate universe version of Android 18, and falls madly in love, splitting up the unstoppable duo of Johnny and Dukey, until Johnny learns the true meaning of friendship and overcomes all of the obstacles in his path when he masters the Sharingan and Ultra Instinct; this shit genuinely writes itself.

Jump Force could’ve easily just been something Super Smash Bros-esque and prioritized gameplay over story, and it would’ve turned out perfectly fine. Or it could’ve prioritized plot and introduced characters somewhat meaningful to any one franchise. Dragon Ball FighterZ had the pink vore girl I jerked off to, she had some sort of plot significance to the series. 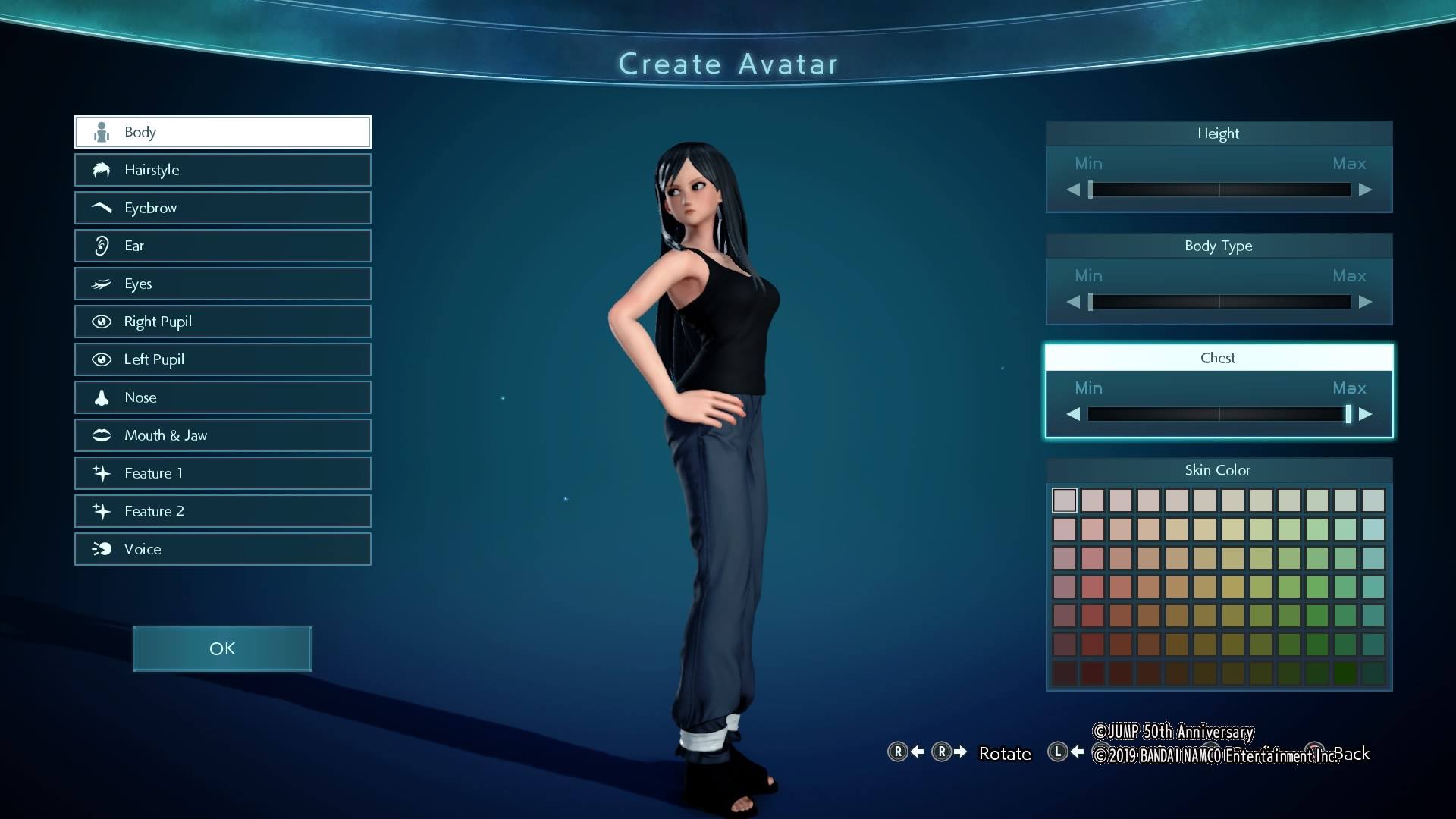 And worst of all, the character creator’s tiddy scale is pathetic. Fucking. Pathetic. This is the biggest they go? Those look like it should be average, normal sized tits. In the middle of the bar, not the end of it.

Look, I’m not a fucking pedophile here. I don’t want these small ass little kids tits, I don’t jerk off to million year old dragons that are 8 years old. I want some huge fucking tiddies. I want watermelon-sized tits, minimum. I want them bigger than my fucking head. And an ass to match. And thighs. And feet. And they better be fucking fragrant.

Bandai Namco has vowed to keep updating the game to address gameplay concerns, but I refuse to give this game a second chance before they cut the feminist SJW normie shit and give we gamers the giant fucking anime tits we want and deserve. This is an issue of gamer rights, and I refuse to budge on it. 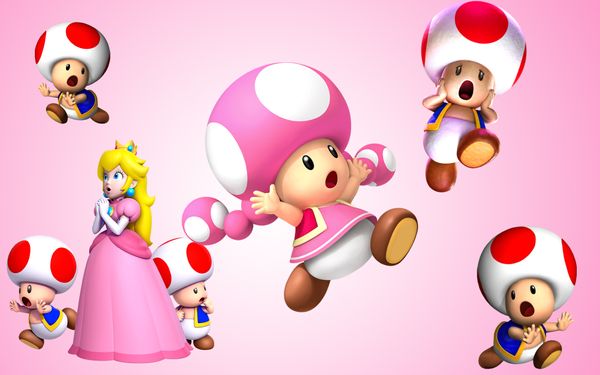 Abortion has always been an incredibly controversial political issue. The legal matters of human rights, bodily autonomy, a right to life, and consent are a messy business, and it’s 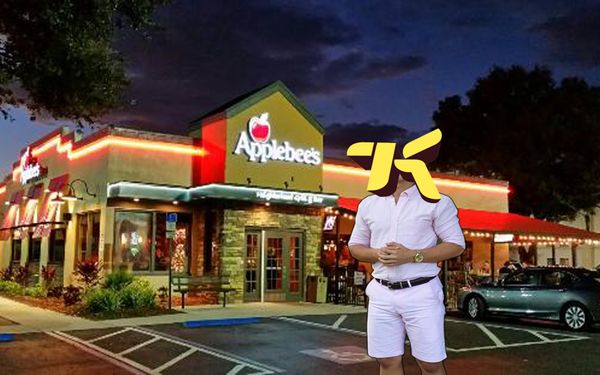