With the death of Megaman came a horrible curse that no one could have ever seen coming. The king of run and gun left a power vacuum behind, with everyone vying to take the throne.

Many games have done pretty well. Many have fallen short. And then there was Mighty No. 9, the chosen one, that was meant to bring balance to the force, but shat all over it instead.

A new franchise, games, cartoons, a movie. It was supposed to have it all. And it got nothing. All of that other people’s money was poured in, and everyone just gave up and left it to die. 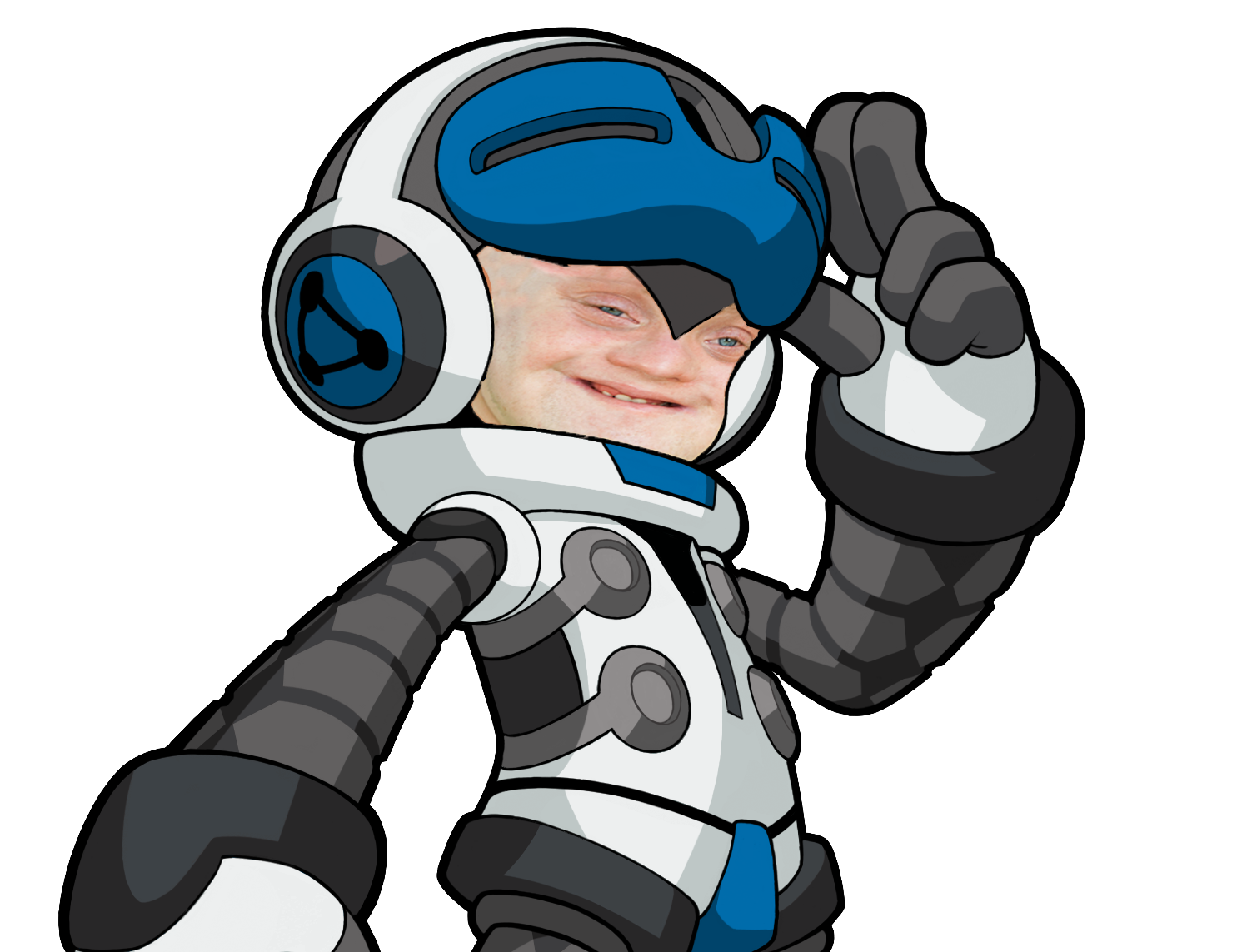 Inti Creates, the people behind some of the best Megaman and Megaman-style games, still believe in the dream. They still think it can be pulled off. They’re not sending Mighty No. 9 out on its own to get ripped to shreds again, but they’ve given him a fighting chance.

The Azure Striker Gunvolt series, some fantastic games that are true successors to the legacy of Megaman Zero, have been paired up with the not-so-great successor to Megaman’s legacy. And together, Gunvolt and his disabled brother will do their very best to fill the void in your heart.

Mighty Gunvolt Burst is a retro run and gun platformer mashup, combining the world of Mighty No. 9 with surprisingly solid gameplay and a cameo by his brother Gunvolt, who must look after him just to make sure he doesn’t run with scissors and no one bullies him. He’s got a problem, okay? It’s not nice to make fun of people with disabilities. 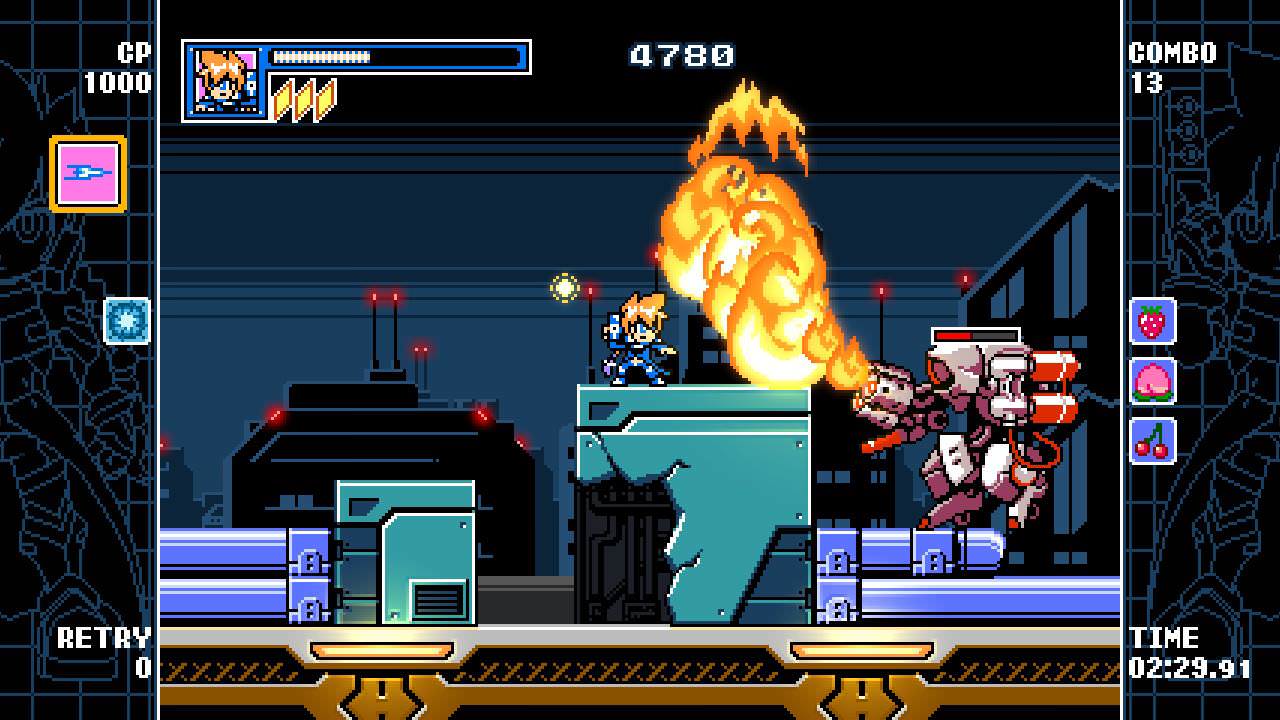 Gunvolt Burst is actually, believe it or not, pretty good. The retro aesthetic is tasteful, and level design isn’t half bad. You’ll get to play through levels inspired by levels in Mighty No. 9, and face off against Mighty No. bosses.

So like. It’s basically Mighty No. 9. But new. And better. And they kinda just hid the fact that it’s a Mighty No. 9 game so that it’d actually have a chance. The game has been fully de-made, featuring a fully not-voiced cast and impressive non-3D graphics. Bosses have had new levels designed around them, and all of the major flaws have been ironed out.

The obnoxious, “old-school” difficulty has been tweaked, and no longer excessively punishes you for not being two steps ahead of the stage design at all times. And there’s even a nifty customization feature. 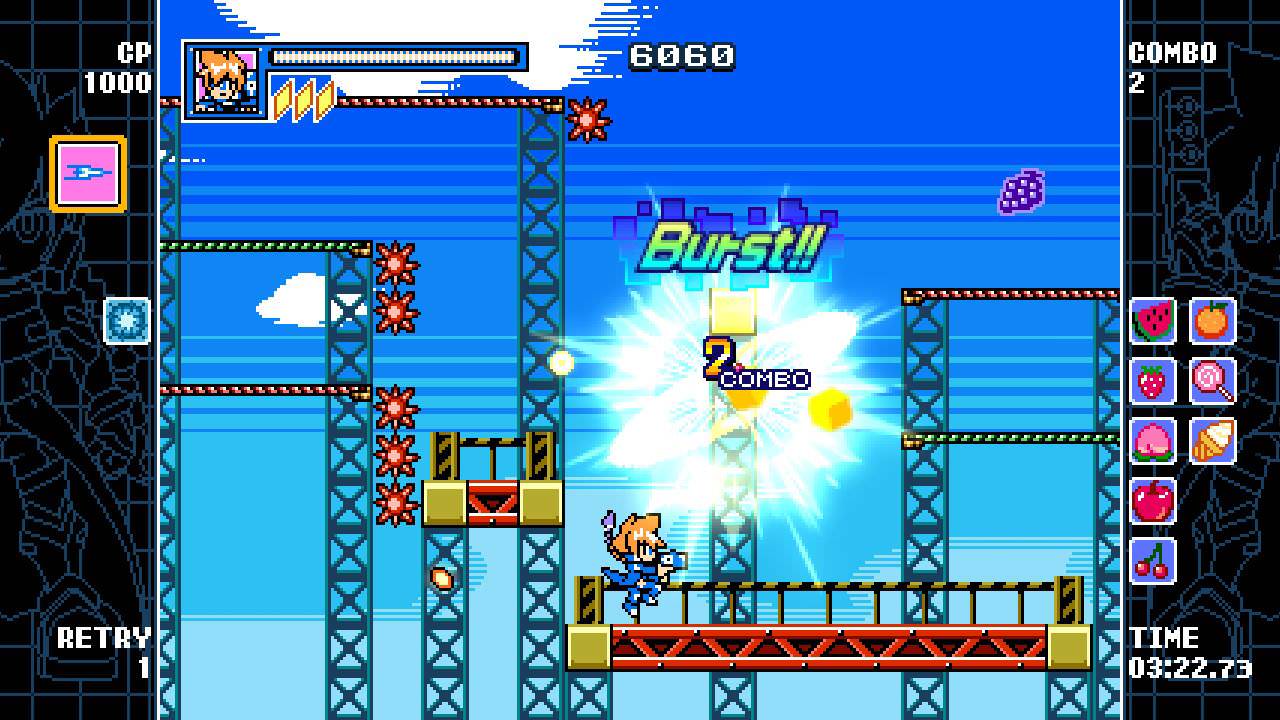 The feature is poorly explained at first, with how it works in its entirety being thrown at you over the course of an essay of text. But with some messing around, it’s fairly intuitive and easy to use.

Bullets can be fully customized, from size and strength to element and attack pattern. You can have bullets that drift up, or bullets that pierce through walls and enemies. Replaying levels can get you more parts and more customization points, adding replayability and a slight RPG element.

It’s really pretty damn good. Like, if this was Mighty No. 9, it would’ve delivered a lot better than what we actually got. In a way, it’s almost the Mighty No. 9 we deserved. Not 4 million dollars worth of crowd funding good, but you know. Definitely much more passable. 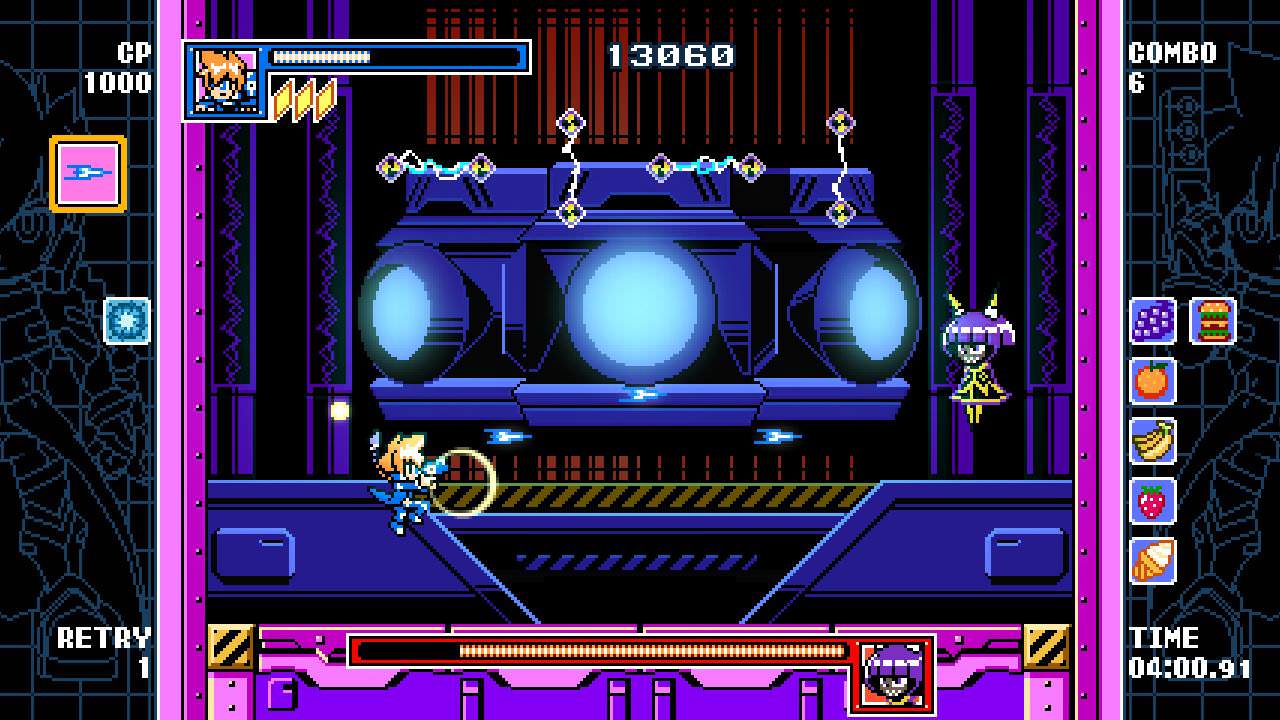 The game actually encourages people to play with the Mighty Chromosome too. Of course, when I first started playing it I picked up Gunvolt first. There are more playable characters too, including DLC ones. But Bort or whatever his name is actually has some of the coolest powers. Gunvolt really is too nice of an older brother.

No matter how upset you may be at Inafune and the knock-off Megaman series he created with all of your stolen Kickstarter money, you have to admit, when someone else is giving him the love and attention he deserves, his games aren’t all that bad at all.

If you’re a Megaman fan, or just a fan of retro stuff or platformers or whatever, or maybe just someone with a good heart, pick this game up. Help this Make-A-Wish Foundation kid’s dreams of being a real video game come true. Do a good deed. You can use it as a tax write-off if you really want. But just give the boy a chance.

He’s not disabled. He’s differently abled. And in this game, he can finally shine to his true potential. Thank you, Inti Creates, for taking this boy away from his abusive father and giving him the game he deserved. 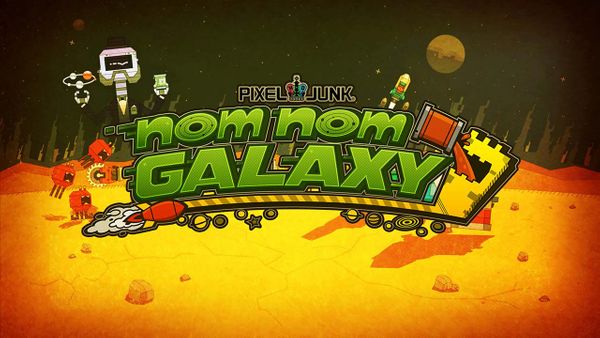 Seinfeld 2017: George Costanza has been banned from the Soup Nazi’s kitchen for life. Needing his soup fix, he’s desperate to do anything to get back in. Genius 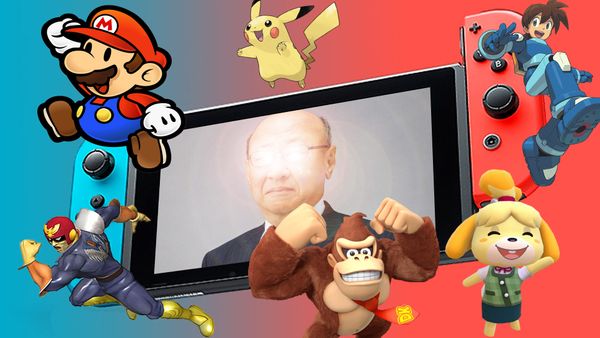 It’s been a week full of surprises for Nintendo fans. Not even one day into 2018, and gamers were already foaming at the mouth with expectations for the upcoming