Nintendo has avoided the mobile market for a long time. And it makes sense. Their IP’s are valuable, and a reason to buy their consoles. It’s common sense. Mr Krabs defends the Krabby Patty Secret Formula for a reason. It’s not about how much it would sell at the Chum Bucket, it’s about protecting your brand and your product.

Nintendo wants people playing Nintendo games on Nintendo consoles. They’ve always seen phones as a rival platform, and would hate for their platforms to become obsolete. But finally, Nintendo, always slow to adopt the cutting edge in favor of inexpensive but whimsical technology, have discovered the truth about the mobile market. It’s totally not a threat to the game industry, probably.

It’s not about playing games on your phone at all. It’s about getting on people’s phones, and in their head. I’m talking about what businesses love to call “viral marketing”. Memes. Every company wants some meme marketing these days. Umad, bro? Y U NO EAT THE SNICKERS. Haha, get it? Snickers is a meme. It’s what the kids say. Now give us your fucking money. Do what Orange Hair Homer Simpson says.

Nintendo knows a thing or two about what the kids like these days. They have quite the ear for memes. So when they finally decided it was time to enter the mobile market, it wasn’t with a bang. It was with a text-to-speech voice. 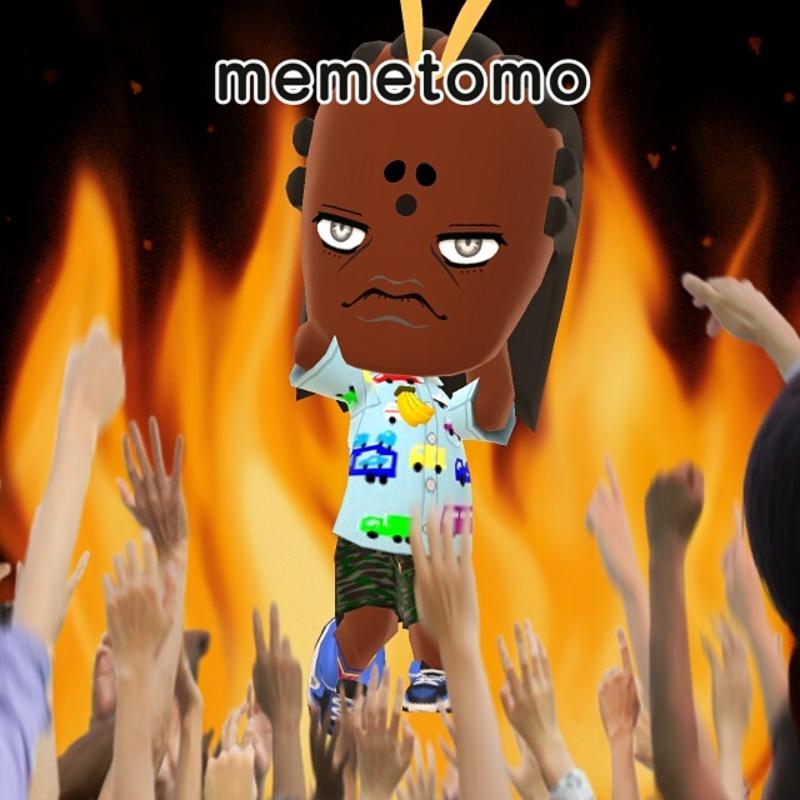 This is Miitomo. Welcome to the most degenerate, stupid, pointless, and entertaining app you’ll ever download.

Miitomo is, first and foremost, noticeably Nintendo. It has the Nintendo charm, and really does feel like a Nintendo experience on your phone. Available on iOS and Android; Miitomo is more of a social app than a game, and yet it feels more like a game than other social apps. It’s a very Nintendo concept, to turn some very dull and mundane thing into a game based around what you can’t do as opposed to what you can.

There’s really not that much substance to Miitomo. You’ll make your Mii character, and they’ll have a nice little house for you to watch them wander around in. You can connect with friends, through Facebook or other means, and their Miis will wander into your house and your Mii to theirs. Like a Seinfeld Tamagotchi of sorts, though it’s significantly minimal. Your only real interactions with the Miis are talking to them and dressing yours up. 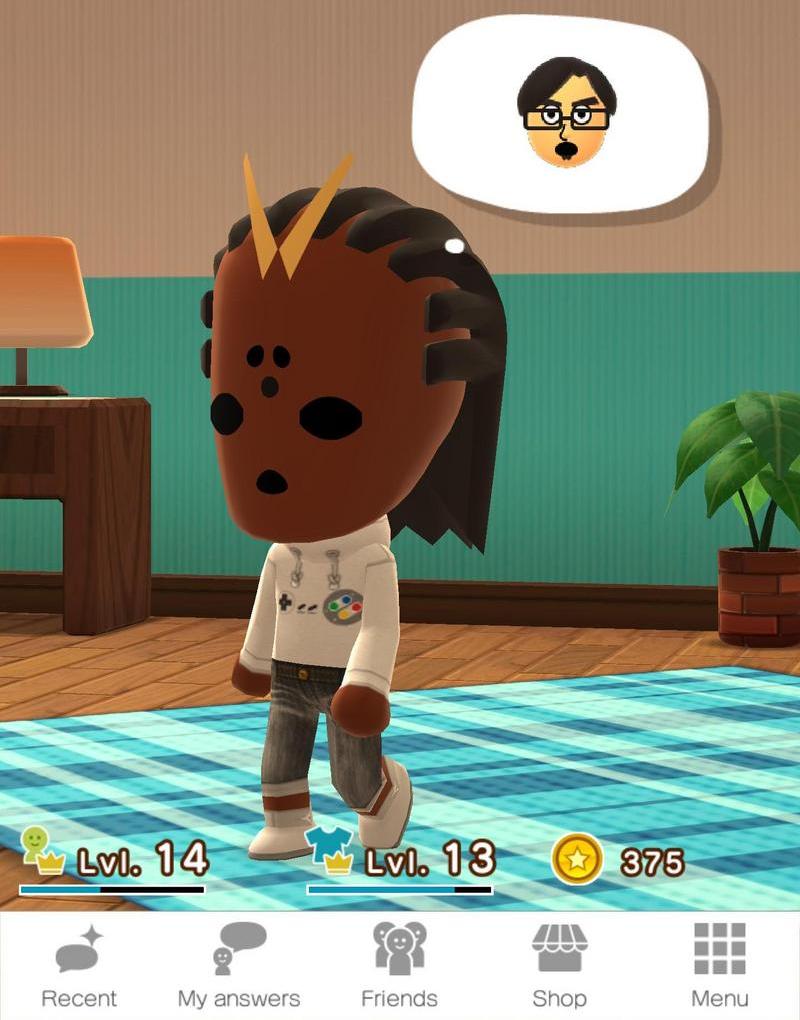 The meat of the game comes in the form of socializing. Your Mii will ask you a variety of questions to better get to know you. What did you eat for dinner last night? What’s your favorite movie? What traits do you look for in a boyfriend or girlfriend? You’ll answer however you like, and then your Mii will wander off to a different Mii’s house to whisper all your deepest and darkest secrets to them. Then your friend’s know you spend your nights jacking off to tentacle hentai and shat your pants once during a school play so your nickname growing up was Sir William Shitsmear.

You can like and comment on your friends’ answers, like any other social media site. But the genius of Miitomo lies in the fact that your Mii is basically your wingman. You don’t need any icebreakers or anything to strike up a conversation with your friend. I’ve noticed that the people using it the most on my friend list are people that are usually pretty shy or suffer from some hardcore social anxiety. But with the help of a little Mii socializing, suddenly we have a lot more in common. 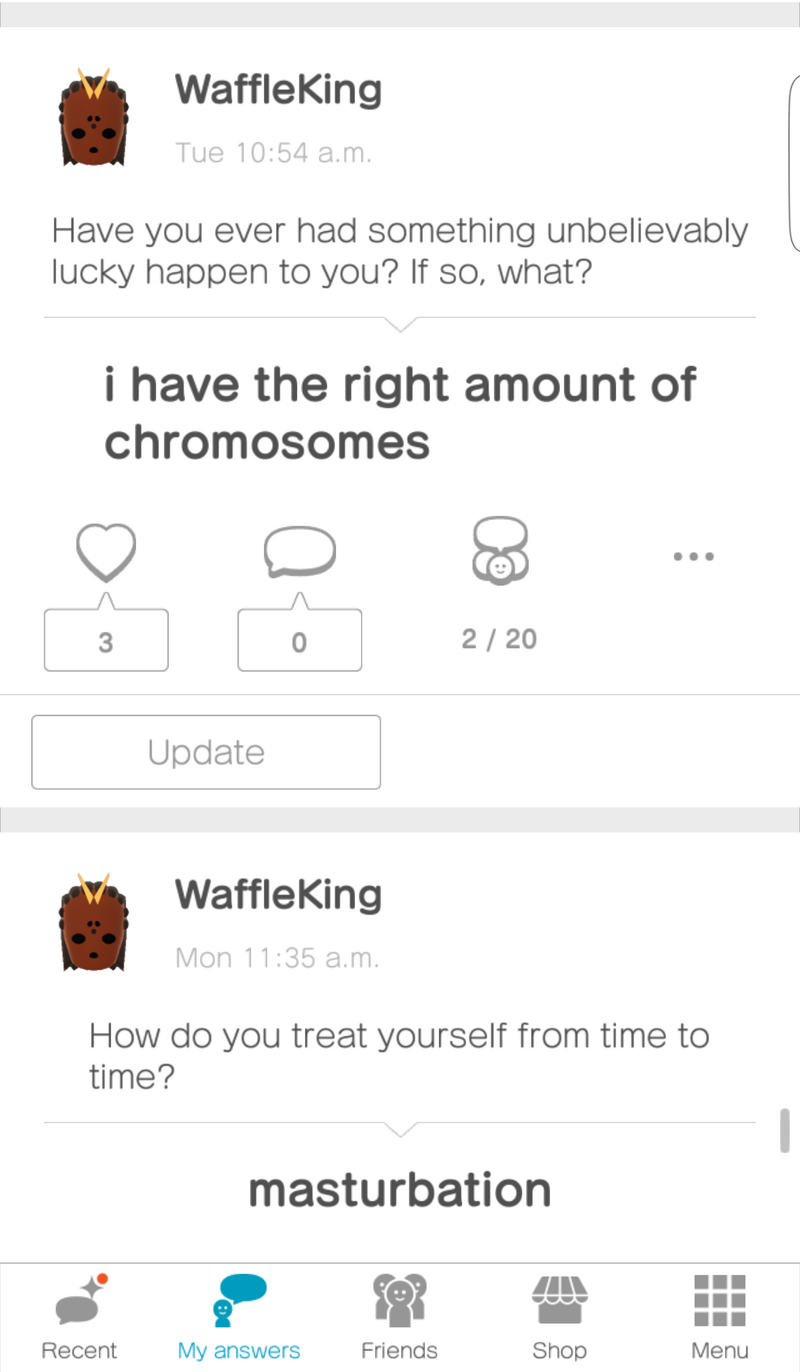 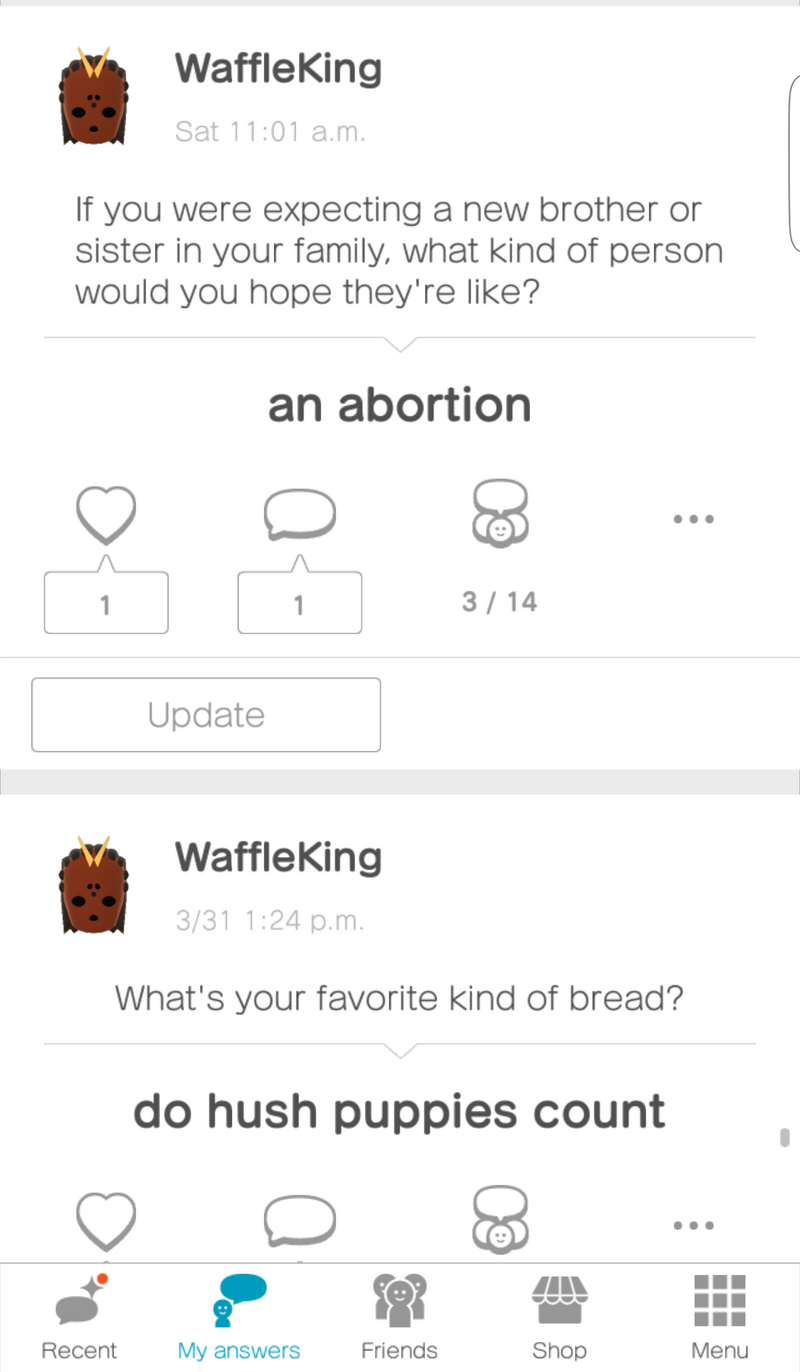 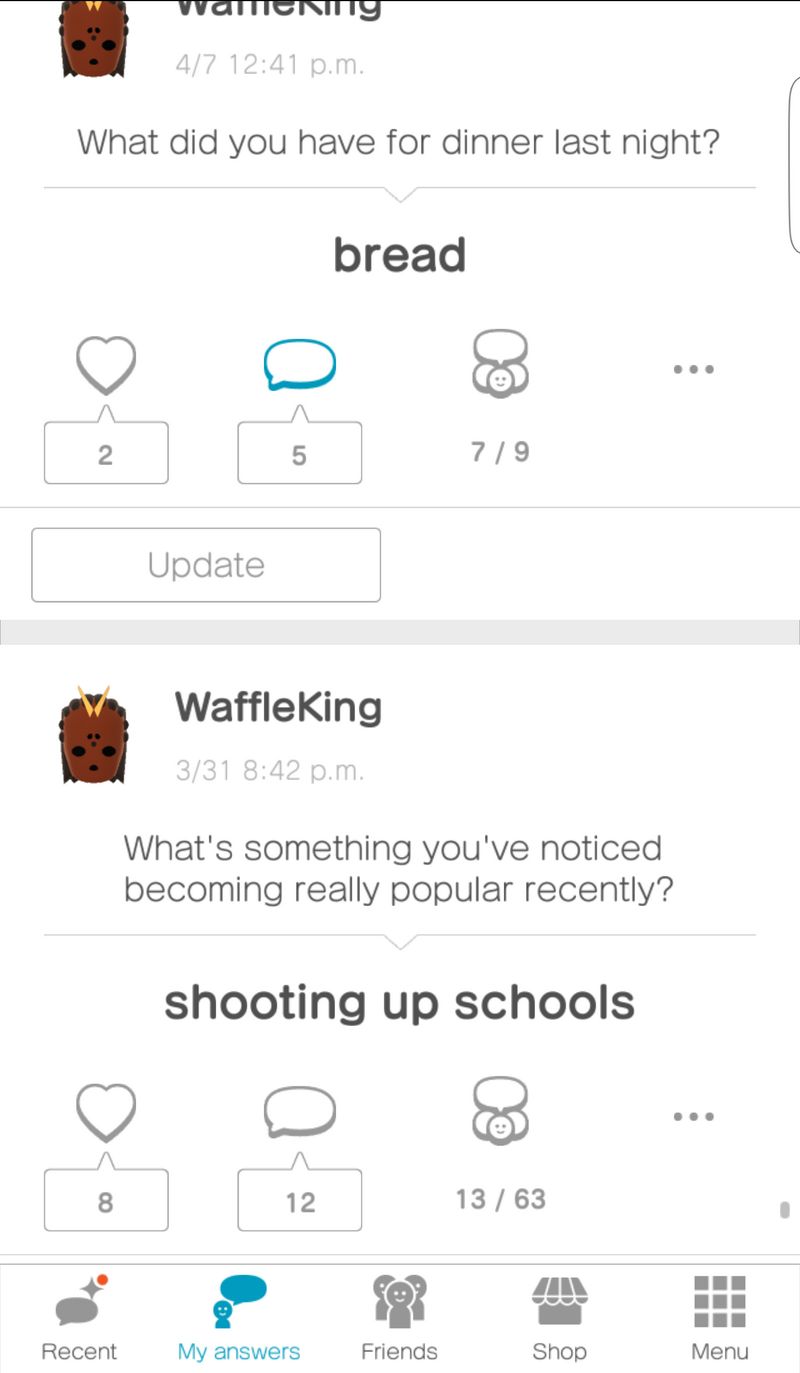 It’s a bit more than simply being online giving you a bit more courage. All of the hard work of talking to people is basically passed through a middleman that eases the process for you.

As you make friends and socialize with different Miis, certain Miis will start to ask you more personalized questions. They stay only between you and the other Mii, so they’re private basically. But they offer a chance to really hit it off and connect with someone in a meaningful way. 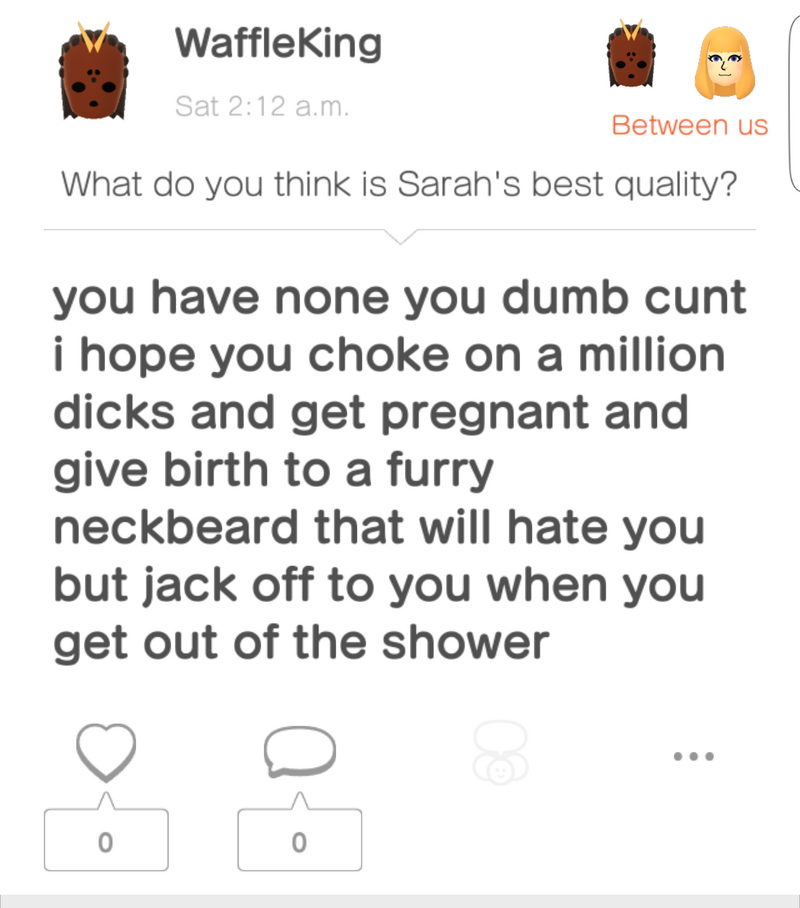 And, if ever it so happens that words fail you, Miitomo has your back. If you can’t reply with text, reply with a meme. 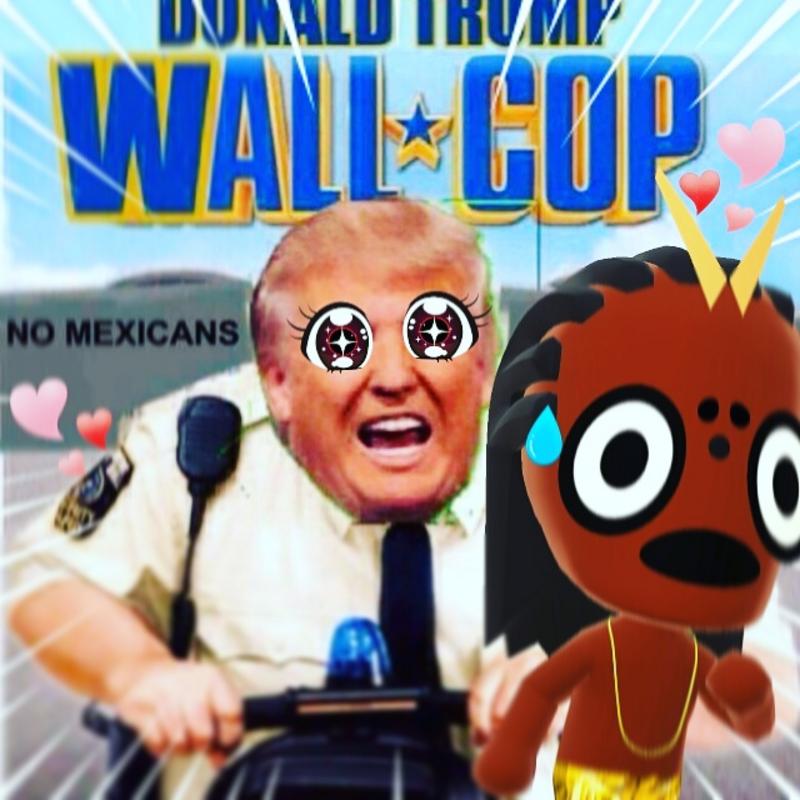 Miifotos are simple little diorama scenes you can make with your Mii, your friends, and a little toy box full of stickers and backgrounds. But the real fun comes in using any picture from your phone’s gallery as a background. You can get really creative. To a surprising degree, actually.

The most notable thing to me was just how open Miitomo is for a Nintendo game. Aside from forcing you to add friends either in-person or through a site like Facebook or Twitter, Nintendo has really taken off the training wheels. You can say fuck in all its glory. It’s actually kind of jarring to hear your happy little Mii character tell someone to “fuck off and kill yourself you stupid Jew cuck”. Jarring, but absolutely hilarious.

It’s a bit of an empty game, with not much to really do besides socializing, dressing up your Mii, and making Miifotos. If you can’t entertain yourself on socializing alone, it won’t hold your attention very long. And if you have no friends, things really aren’t going to work out for you with this game. But it is free, and free is a good price.

Nintendo’s monetization is through the in-game coins used to buy outfits. You’ll get a certain amount everyday for talking to your Mii and answering questions. But outfits are pretty pricey. It takes a few days to save up a decent enough amount to buy one whole outfit. Individual tops, bottoms, hats, shoes, and more can range in price, but all the best outfits are of course going to be expensive. And that’s why you can pay real-world money for it. 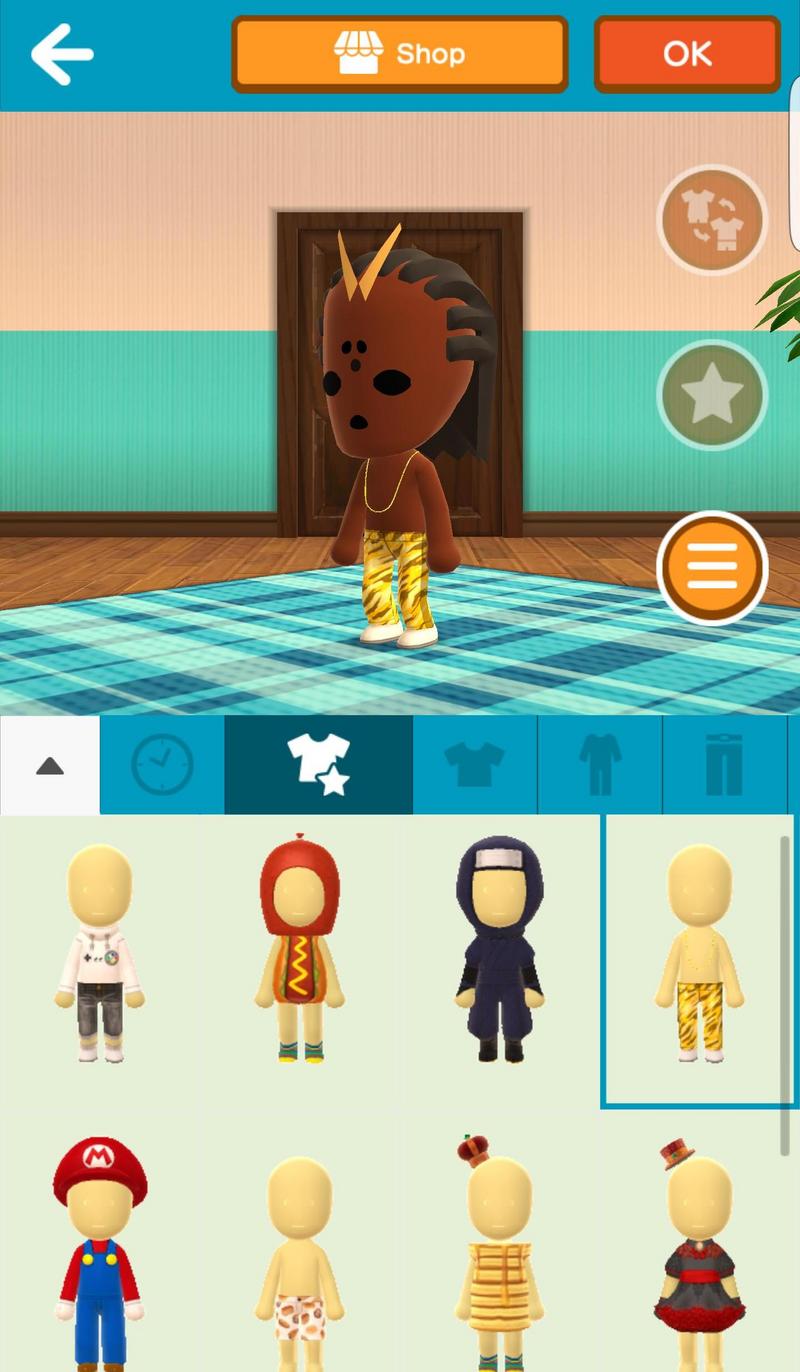 If you want a hotdog suit or a sexy maid uniform for some hot and dirty Miitomo sexting, you’ll need to save up for a while. But everything is obtainable in-game, so like any other free app/game you get on your phone you’re either gonna be sinking in lots of time or money to get what you want. It’s only cosmetic stuff, so it’s not stuff you need. But if you’re out to make the dankest Memetomo Memefotos, you’ll need a suit for every occasion.

I feel like Nintendo made a good move for their first app. There’s a lot of room to grow, sure. And they really need to if they hope to hold our attention for a long time to come, because I got bored of it super quick. But it’s something different from what we’re used to from them, and it shows they’re willing to embrace change.

Miitomo is built to let people use it as they please, whether they want to have genuine discussions with people or just want to be degenerate shitposters. How Nintendo embraces it from here is all up to them, but they definitely have the foundation for a quality social game. I can say with certainty that I’ll find lots of ways to have fun with this game in the future, and I look forward to how Nintendo updates and improves what they have here.

I’m looking forward to seeing how far things will come. 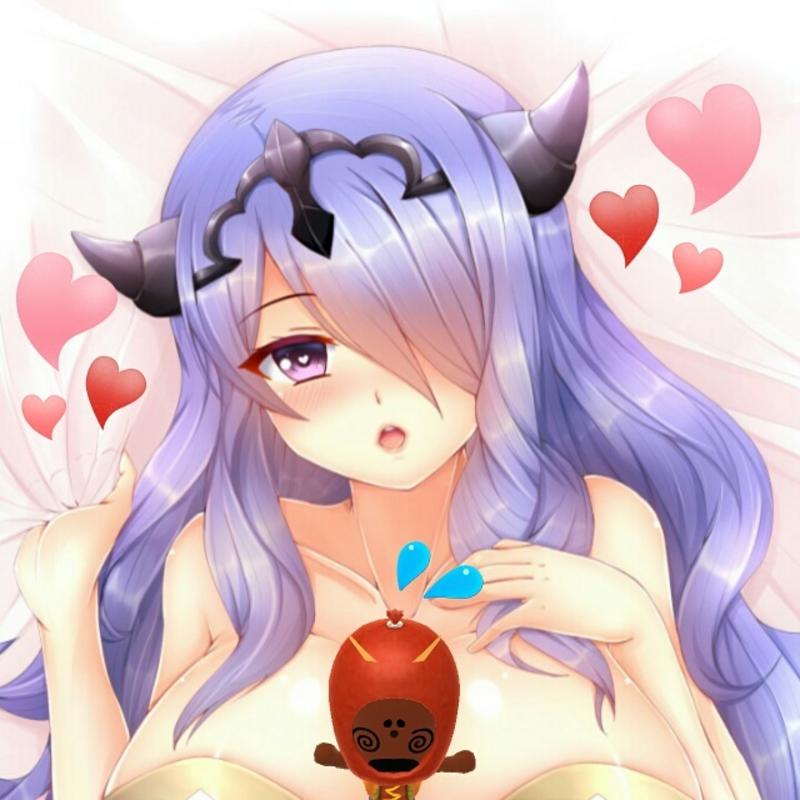 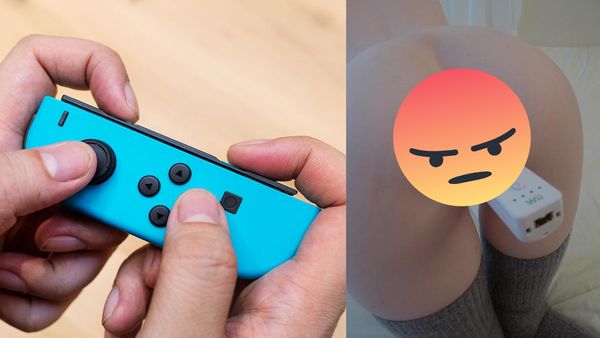 I’ve had my Switch for about 2 days now, gotten some good playtime with it. And I have to say, the hardware is very nice so far. Screen 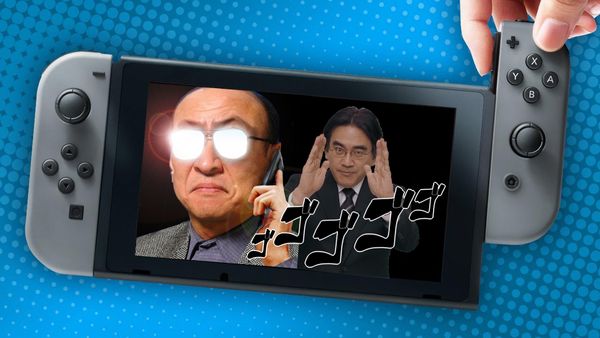 The big day is upon us, and soon all will be revealed about Nintendo’s newest console, the Wii 2U. All of the questions will be answered, all of