It's been all over the news lately, former kickboxer Andrew Tate and all of his views on women and what he thinks they should or shouldn't do and all that. Spouting his misogynistic stance on the world, being an "influencer", as they call it. He's been banned from most major social media platforms, but still he seems to be raking in money with his cult following of men that think he's a breath of fresh air among the more tame mainstream media.

But I think that's a load of garbage. I say much worse shit than Tate does, where's my money? Where's my followers? What, just because he's some former kickboxer that preyed on some girls? I can prey on girls. One time, I told a waitress it was my wife's birthday. She tried to stop them, but the waitress brought out a cupcake and sang to her. And then I took the cupcake. That's two stupid female bitch whores taken advantage of. Maybe even three, if the owner of the restaurant was a stupid idiot female. But where's my parade? Where's my millions of dollars and cult following? I just think it's a little unfair. There's a double standard. I don't know what it is, but there is one. He's not particularly good-looking, he looks like just any other bald guy. Maybe it's because he's British-American.

Which, I think many of you have overlooked. Anyone British really should not have any money, or followers, or any say in anything. I'm not British, and I can say much worse shit about females. Look, I'm just saying. Give me a chance here.

I've literally said exactly what Tate says, even worse. I've said much worse. And you know what happens? I get a talking to from HR. I don't get to be on the news, I don't get to have a cult following. And this guy is British-American? We're still taking shit from the Brits, in the year of our Lord 2022? I'm twice the man that Andrew Tate is, I'll tell you what. If my bitch wife asks me if I can take the trash out? I hit her with the ol' one-two. I hit her with the nearest blunt object. I whip an empty beer bottle at her and tell her to shut her stupid bitch mouth. But what do I get? I get put on desk duty and don't get to drive around in my squad car and harass teenagers. Fucking stupid. We live in a clown world, I'm telling you. Clown world.

I think it's just a little unfair, that's all. I think, just because this guy has money and can afford to weasel his way out of shit, he can get away with doing shit that I could do way better. But I'm just some working class guy that doesn't have an audience of a million people on the Tik Tok. It's stupid. But I swear, once I find out how to make a Tik Tok, I'm coming for all of you.

I hate women more than all of you combined, and I'll fucking show all of you. Just you fucking wait. 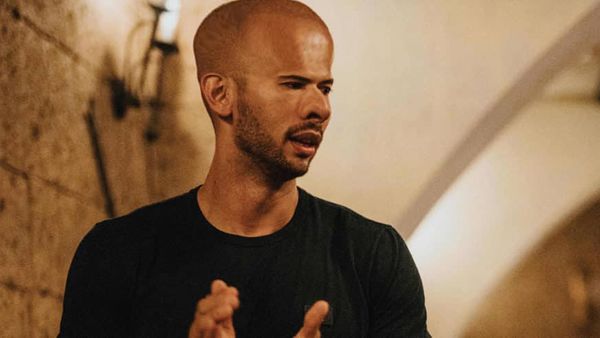 "It all started with one little lie. And then it got bigger, and bigger, and I had to keep telling more lies just to keep up the first lie. Eventually 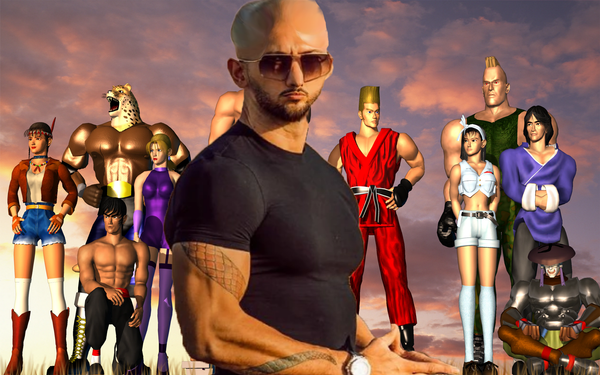 Infamous influencer Andrew Tate has made himself quite the online punching bag recently, with people from every social media website dog-piling on him for his controversial and often offensive takes