Many were skeptical when Sony announced they were buying Bungie for $3.6 billion. It wasn't a stable of well-known IP like Activision Blizzard, all they really had going for them was Destiny. But all of our fears have been laid to rest. What we didn't know was just what Sony had planned for the prestigious studio behind Halo and Destiny. A shooter to end all shooters. Barnyard: Exodus, a game we all thought would never see the light of day.

For all Barnyard enthusiasts, the name may ring a bell. It was a shelved project many thought was only a myth, a game so ambitious that many thought it wasn't actually possible, but with Bungie's expertise and the power in the latest generation of consoles it's finally all coming together. Not too many details were given, but dedicated fans have already begun picking apart what details we have. From the early screenshots, it looks to take place after the death of Ben, but whether this takes place during the Second Great Coyote War or during Wild Mike's Revolt, or even further in the future is still unknown.

The possibilities, really, are endless, and the hype is unimaginable. Many have taken to Twitter to post about what deep Barnyard lore they'd love to see from the books or the comics brought back for the game.

We could be getting to experience, in real time, the Battle of 40000 Udders. The Hundred Days Milking. The Crucifixion of Otis and the Resurrection. The entire Tyranny of Wild Mike saga from the comics could make a trilogy of games, honestly. I can see Part 1 and 2 being put into one expansion probably, if it's not in the main game, and maybe the Black Angus Genocide and the Golden Age, after Mike is executed for treason against the Barnyard, could go into a second expansion. Knowing Bungie's work on Destiny, it's possible we'll be getting an incredibly expansive MMO to explore. Sony is also just a bit less draconian than Activision, so we should be getting a better value this time around.

Sony has assured everyone that they will be giving this project the care it deserves, and is sparing no expense in making sure Bungie gets whatever it needs to deliver what the fans have been waiting for. The $3.6 billion they dropped was only the tip of the iceberg.

The future of PlayStation is looking extremely bright. With one move, they've more or less made Xbox's entire acquisition of Activision Blizzard irrelevent. We can only hope and pray that they deliver on all of their promises.

Nintendo revealed a ton of new titles and content coming to the Switch in their latest Direct. But oddly enough, Mario Kart 9 was not among the new announcements, despite 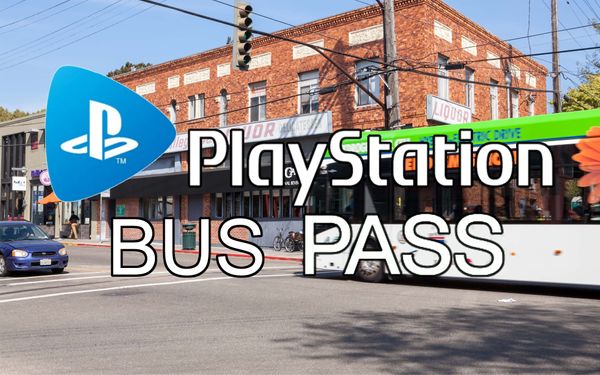 Following a sharp crash in Sony stock, PlayStation has finally found their Xbox Game Pass killer. With Sony's new PlayStation Bus Pass, they'll finally be able to recapture some of