Alright, look. I don’t know what you’re doing here, and I don’t know why you’re even here. What were you expecting to find here? Who the fuck wants to read a review for Super Mario Odyssey?

Really, there’s no point to either of us being here. Yes, the game is fantastic. A breath of fresh air in a stagnant industry. It encourages discovery and play over methodical, checklist completionism. It’s gorgeous, aesthetically pleasing to every sense, and revolutionizes Super Mario in ways never seen before.

No, it’s not a Super Mario 64 Expansion Pack, it’s not exactly the same thing. That might make a few retards screech in anger, but for any normal and well-adjusted people out there that enjoy new things, this is exactly what you’ve been waiting for. 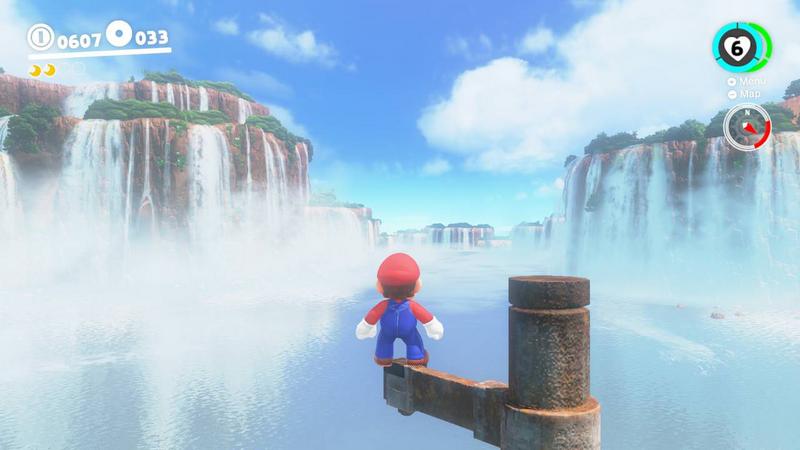 Now, what else did you expect out of this? More paragraphs where I repeat everything I said above, but differently? Maybe you wanted me to zero in on specific cases of the game being great. Like the entirety of New Donk City, and the pure ecstasy of its finale.

Did you want me to make some sentimental observation, maybe an anecdote to invoke nostalgia for you to beat off to? When I was but a young lad, I played a Super Mario game. This game, also, happens to be a Super Mario game. My brain made the connection that they were both Super Mario games, which prompted me to reminisce about the innocence of youth. I took my Switch out of the dock, carried it with me into the shower, turned the water on as hot as it could go, curled up on the floor and cried while furiously stroking my erect penis.

Really, what else is there to say?

By golly, Nintendo has done it again. They’ve taken their tried-and-true formula, tweaked it to optimize the maximum enjoyment factor, and delivered a gorgeous aesthetic presentation that perfectly compliments the gameplay. Who in the fucking world would have thought that was a good idea? No one. No one could have seen this coming. In all my years of video game journalism, I never would’ve expected this. Nintendo made a Super Mario game. And it was really fucking good. 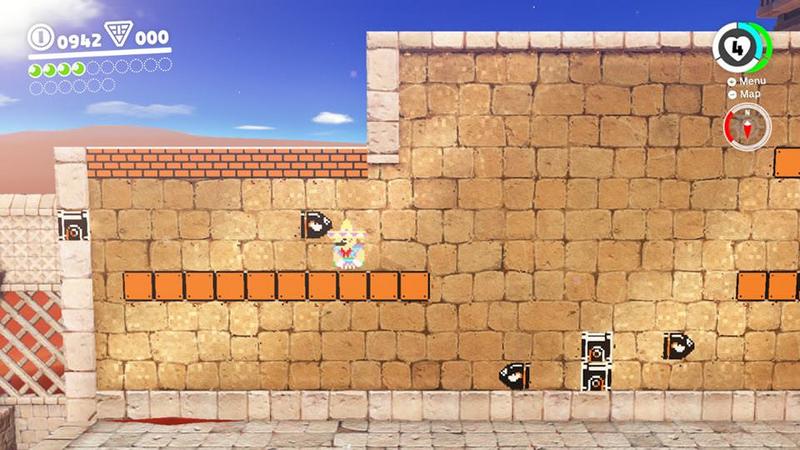 Let’s not waste anymore time. No, let’s talk about what really matters now.

But my biggest concern is the introduction of the concept of cuckoldry to our children. Mario and Bowser are fighting for Princess Peach’s hand in marriage. Super Mario, the relatable, chubby, working class, white male, is who the average American will identify with. And then there’s Bowser, a nonwhite, physically superior male, depicted to be almost bestial in nature, pursuing Princess Peach with no regard for any existing relationships. 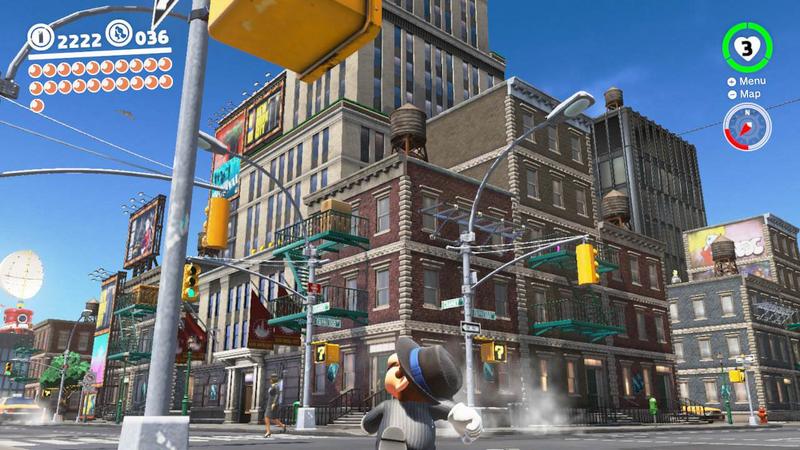 The interracial fetish has deep roots in cuckoldry, racism, and racial violence. The forbidden aspect of it still lingers in the tone of much of it. A black man taking someone’s wife, their daughter, their sister. Violent sex and rape are often parts of it too. Black males might not see the problem with it, who in their right mind would refuse a trophy for “biggest penis”? But it’s not a trophy or pedestal. It’s objectification. Black males are often depicted as little more than monsters. Beasts, that exist to rape white women and humiliate white men.

Look at this in the context of Super Mario Odyssey. Bowser visits all these different worlds, collecting up bouquets and dresses and jewelry to impress Princess Peach. But Peach doesn’t want Bowser. She just wants his massive dragon cock. To Mario and Peach, Bowser is an object. A plot device. Bowser kidnaps Peach, rapes her ass, and Mario stumbles in at some point later to catch them in the act and lynch Bowser like he usually does. Bowser’s emotions are never considered at any point. Maybe Bowser truly loves Peach. Maybe Bowser is more than just a soulless raping machine. 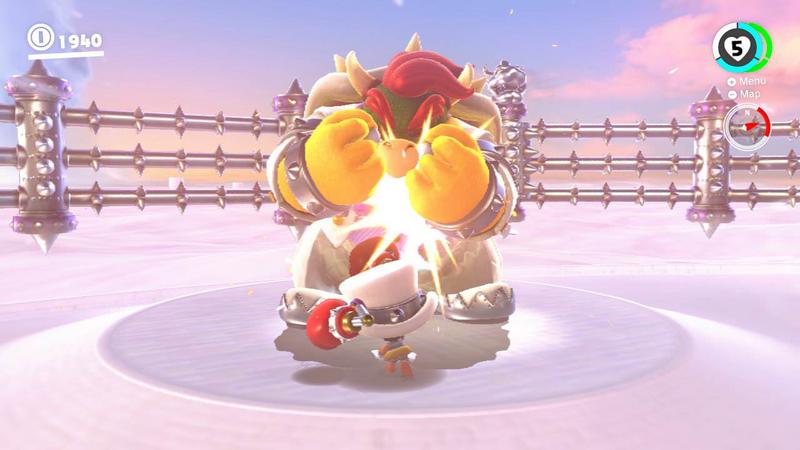 Look at this nice boy’s hair. Don’t worry, this isn’t a spoiler. Don’t shit your pants. It shouldn’t be a spoiler that you fight Bowser in a Mario game, don’t be a stupid fuck.

Look at that nice boy’s hair, all neatly groomed. Bowser is soft. Sensitive. Men often are told to bottle their emotions. To “man up”. To feel is a sign of weakness. And this problem is big in the black, and most definitely Koopa communities. Between black males and Koopa males, their very cultures are centered around violence and criminal activity, through no fault of their own. Bowser is the Koopa idol that they all strive to be, a tyrannical monarch that didn’t get where he is today by handing out bouquets and showering a little blonde bitch with jewelry.

The same can be said of black males. Most of their idols are bad examples, rappers that glorify gang violence and drug abuse, celebrating the lower class they’ve been forced into. Black males and Koopas have no control what kingdom they’re born into. Sure, the Koopas born in the Mushroom Kingdom might have it nice. They can be whoever they want, just like Toads can. They can be a sidekick in Paper Mario, or the President of the United States, it’s all good.

But toxic male culture is rampant in the black community, and white people looking to get their wife fucked by some big black monster off the streets only feeds into that. Black males aren’t all super ripped. Black males aren’t all wife-rapists, they don’t all have massive dongs. Assuming all black men have giant genitals and want to fuck your wife is the same as assuming your female coworkers totally want that dick pic you’re going to send them. It’s fetish-speak. Something that privileged white men like to believe. All women are whores that totally want to be grabbed and touched, and all black males are fucking machines. 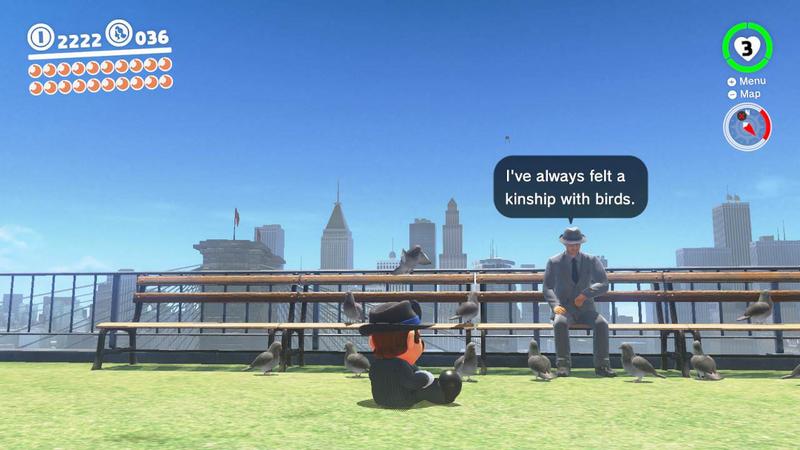 What other form of media is as widely consumed as pornography. Some people don’t like video games, some don’t like television. But everyone has to bust a nut every once in a while. It’s kind of like when that dick back in high school would always call me gay. You know you’re not gay, deep down. But if you hear it all the time, it eventually internalizes, and the next thing you know you’re being held down in the locker room and you can’t stop it. 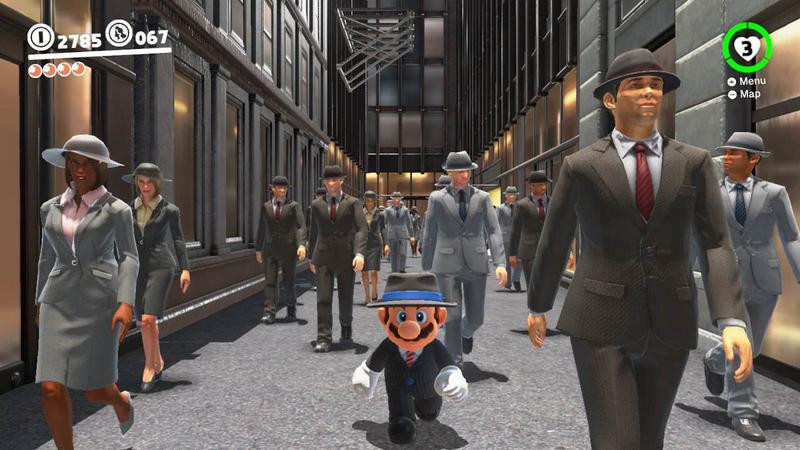 Mario, Bowser, Luigi, Donkey Kong, Yoshi, Wario, Toad, all the Mushroom Kingdom guys. They’re all men from different ethnic backgrounds, backgrounds that might not have gotten along at one point or another. Bowser, Donkey Kong, and Wario have all been villains. Toad gets fucked over every day by Peach, Yoshi and Luigi get kicked around by Mario all for Peach. But if Peach was never there, what reason would any of them have to fight?

Cracking open a cold one with the boys is all they really need. It’s all any of us really need. If every nation in the world got their men together, and they all cracked open a couple cold ones, we would have world peace. We would have nothing but brotherly love for our fellow boys. The shadow matriarchy pulling our strings from the shadows, pitting us against each other for some cruel exercise in survival of the fittest, if all we did was turn our backs on that, why would we have any reason to fight? Were Eve and Lilith not the fall of Adam?

We small penised individuals must strike out on our own to make the world right. We, Koopas, who have found the right path. Koopas going their own way. And we will not stand by and watch our people fall victim to the matriarchy any longer. Mark our words. 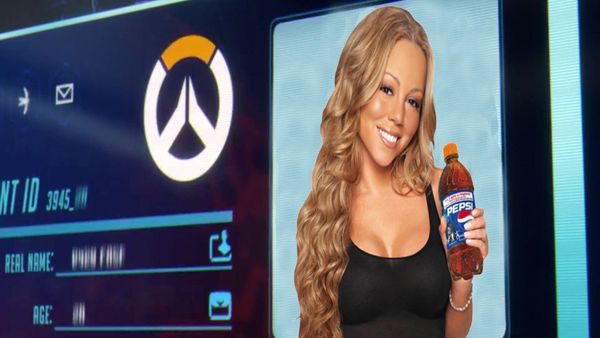 Overwatch may have just gotten a new hero recently, but the updates don’t stop there. No, Blizzard has something huge in store for the non-denominational winter holidays. Last year’

Mobile games are a wild west of redundant, shallow, half-assed shit. Anyone can slap together a free mobile game, throw it on the app store, and watch the ad revenue