Burger King’s new Impossible Whopper has been turning heads lately, not just with its impressive flame-broiled flavor, but also with its impressive titty-enhancing estrogen content. One of those bad boys a week will have you up a cup size in no time.

While the delicious soy-based burger has been welcomed with open arms from the many men and women of America that just want some large honkin’ boobies, some critics have raised questions about if it’s truly ethical. Flat chests matter too, after all.

But in a stunning and brave display of progressivism, well-known political commentator Ben Shapiro made a public video of him binging an impressive number of Impossible Whoppers, with his bust growing in real-time as he’d down each one.

At one point his top literally burst open, his tits swelling on camera as he’d swallow each one with an enticing, seductive gaze towards the viewer. Licking his lips after each bite, letting the ketchup and mayo drip onto his massive milkers. Typically it takes weeks or even months to feel the effect, but Ben was downing burger after burger, his body becoming more voluptuous by the second as the estrogen surged through his body.

“You want to touch them, don’t you? Well, you can’t. Because this is a video livestream, and it is physically impossible for you to touch my lactating breasts through your computer, no matter how bad you want to milk me. Sorry, facts don’t care about your feelings.” Ben teased, softly tracing lines over his protruding nipples, which looked like they’d burst from the fabric of his bra.

His dear sister, Abigail Shapiro, happened to walk in during the livestream, and the wetness between her legs could not be hidden. She immediately started to play with herself, and Ben could not resist. His penis had already shrunken up due to the estrogen coursing through his veins, but Abigail immediately tore her clothes off, and then his, and they made out and fed each other Impossible Whoppers until both of their chests had swollen to an unreal size. Then she stomped on his tiny balls and told him he made a much better woman than a man anyway, and then they had hot lesbian sex right there on the table full of Impossible Whopper wrappers, their monstrous tits smothering one another as they wrestled for dominance.

Burger King, have it your way. 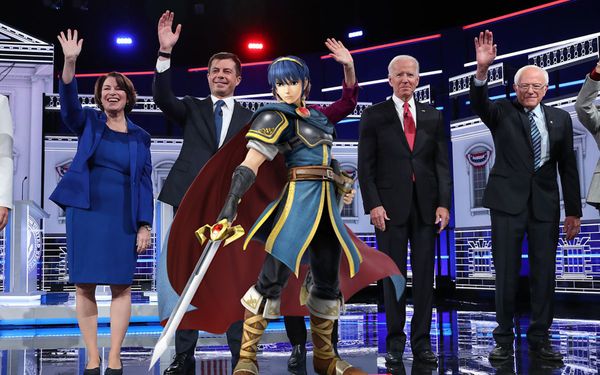 Everyone watching the Democratic debates on February 7th will definitely be feeling the burn, not because of Bernie Sanders, but because a different candidate has just qualified from the Fire 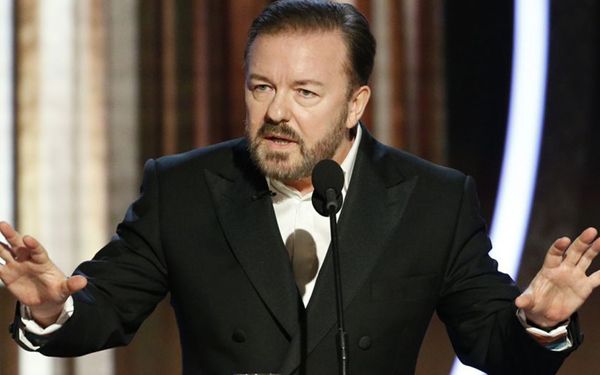 It’s a sad day in Hollywood. Popular comedian and host of the 2020 Golden Globes, Ricky Gervais, has passed away late Monday night. From an apparent suicide. Gervais