The first presidential debate between Donald Trump and Joe Biden was an absolute clusterfuck. Complete shitshow. Neither of them could get anything coherent out, or make any actual points. I mourn the death of our democracy.

But worst of all, beyond both candidates being genuinely inept and incapable in every way, they are both genuinely completely devoid of intelligent thought. They collectively have fewer brain cells than we have viable candidates in this election.

During the debate, the moderator asked a simple question. Who painted the Mona Lisa?

Silence. Neither of them knew, and they had to wait for the moderator to give them the answer. Da Vinki.

This is basic stuff. We learn this in grade school. How can two people, running for president no less, have no clue who Da Vinki is? That's like basic trivia. You don't even need to know a lot about art to know this. It's like they don't know how many hours are in a day, or where the South Pole is.

I shudder to think that the American people are being forced into voting for either of these complete imbeciles. Our country is doomed. 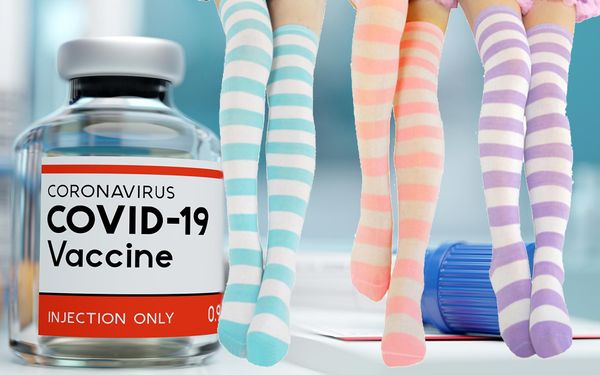 The Trump Administration along with Bill Gates have officially released their plans to forcefully inject everyone in the world with sissy feminization serum. The "vaccine", as they're calling it, will

It was sad news when Ruth Bader Ginsburg passed, but with her passing comes the important debate that the fate of America hinges on. Does she belong in Meme Heaven