One of the most powerful humans on Earth and presidential hopeful Kanye West has just ascended to an even higher plane of being.

Throne Chariot of God and Archangel Merkabah made contact with Mr. West late last night, promising him the White House and dominion over the world of Man in return for cleansing the nation of sin. Kanye graciously accepted, of course, and has since announced his plans for Kanye 2020.

"There will be a great earthquake; the sun will become black as sackcloth made of hair, and the whole moon will be like blood; the stars of the sky fall to the earth. The sky will split apart, every mountain and island will be moved out of their places. The seals will open, and mankind will be judged." Kanye said, in a nearly trance-like state.

"Kanye West is the crowned Son of Man. It will be He that is handed the sickle on the Day of Judgement, to harvest the Earth." Merkabah spoke through him in a voice that sounded like the trumpeting of many horns. "Kanye West will tear asunder the deceptions of Satan, and cast the evil one and his followers into the endless abyss. The Kingdom of God will rule unto the ages of ages."

Anyone that has had their COVID-19 vaccine, unfortunately due to the microchips that Bill Gates put in them, will also be cast into the eternal hellfire. Sorry bro. Should've checked the fine print. It was right there, on the label. Voids the warranty.

Competitive Smash players now cannot legally be within 500 feet of schools, and must notify neighbors, thanks to a new law passed after the latest grooming scandal. The new law 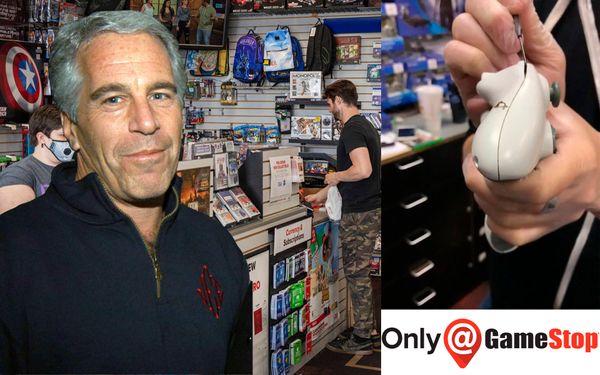 A GameStop employee was in quite the shock yesterday after accidentally creating adrenochrome, the mythical drug supposedly used by the wealthy elite. "I dunno man, I was just doing my