It's been a roller coaster of emotions for Pete Davidson, star of the absolute ten out of ten, award-winning film "Marmaduke". Total kino, really. His career looked to be hitting its prime, snagging the lead role in "Marmaduke", stealing away Kim Kardashian from Kanye West, everything was coming up Pete Davidson. But now, it appears as if that ride has come to an end. The love of his life, Kim K, has left him for a greater dane.

"I don't know, there's just something about him. The new dog, I mean. He's so big, and his fur has a very healthy sheen. And it's black. It goes with almost all of my outfits, he's like the perfect arm candy, you know? And his leash? Fine leather, or chains, it's all just perfect, you know? And he's just so tall. I could ride him like a horse. I think every girl has always wanted their own horse. For riding, I mean. You know, like horseback riding? With like a saddle and stuff. It's like a dream come true, like I'm Barbie or something. He makes me feel like I'm living a perfect Barbie life. The dog, not Pete." Kim Kardashian shared on Instagram, posing with her new lover, who is in fact a large Great Dane.

The news was crushing to Pete, who had gone ahead and gotten Kim's name tattooed on his neck, along with the names of all of her children. I suppose it was an honorable gesture, getting the names of other men's children on your neck. Someone's gotta be their father. But now that he's been left for a dog, it really just seems naive and silly now, doesn't it?

"I just couldn't get Marmaduke out of my head whenever Pete and I were together. I started to imagine he was actually Marmaduke, and before I knew it I was wishing that Pete really was Marmaduke. When I saw a handsome Great Dane being walked down the street while I was with Pete and he caught me staring, I knew that our relationship was pretty much over. I just couldn't move on until I'd made love to a Marmaduke of my own. I know, it's wrong, but there's just something so erotic about the way he burps and farts. I think the worst part of the Marmaduke movie was Pete, honestly. I wished he would stop talking, and just let me hear Marmaduke's sweet trumpeting. I don't think I'll ever date a white boy ever again. Pete just can't compete with a guy like Marmaduke. And yes, the dog's name is really Marmaduke. I made sure to name him that when I got him from the breeder. No, of course I didn't adopt him, I wanted a purebred stud. I'm Kim fucking Kardashian. I can finally live my dream life with Marmaduke." Kim K's post went on, getting a little creepy at times. White women and their dogs, am I right?

Things are getting kinda weird over in Hollywood. I dunno, man. I feel bad for Kanye, really. See what happens when you go for white girls? Never again, man. Worst mistake of my life and his I'm sure. White girls are never worth it. Repeat after me, out loud, right now. I don't care where you are. You at work, school, out in public, on the subway, at dinner with your fam? Don't care. Say it out loud, and make an affirmation to yourself. "All white women are dogfuckers and I will never be caught chasing one." Amen. There's power in spoken word, you know.

If it's a computer simulation or a divinely crafted universe, it really doesn't matter, does it? We're all clowns down here, and you're either in on the joke or you're the punchline.

Everyone is racing to get their own crossover fighter into the spotlight, with Smash Bros and Fortnite showing just how lucrative a mashup of different IP can be. All of 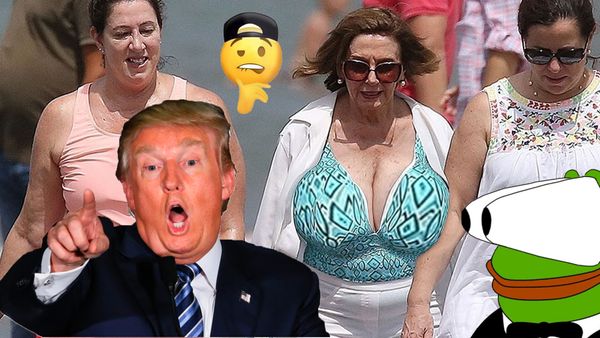 The FBI raided Trump's Florida home, and are said to have uncovered a slew of classified documents and papers. The former president is in some seriously hot water, but the