2017 has been a year of great games. The Legend of Zelda: Breath of the Wild. Super Mario Odyssey. Persona 5. Nier: Automata. Horizon: Zero Dawn. That one other game, the one that’s not really finished yet.

All of these games were bold, they were different. They had an artistic vision, and executed it perfectly. But were any of them truly art?

Can any of them compare to the pure magic that is Sonic Forces? Short answer, no. Long answer, there is no video game in history, save maybe Sonic Adventure 1 and 2, that could compare to Sonic Forces. 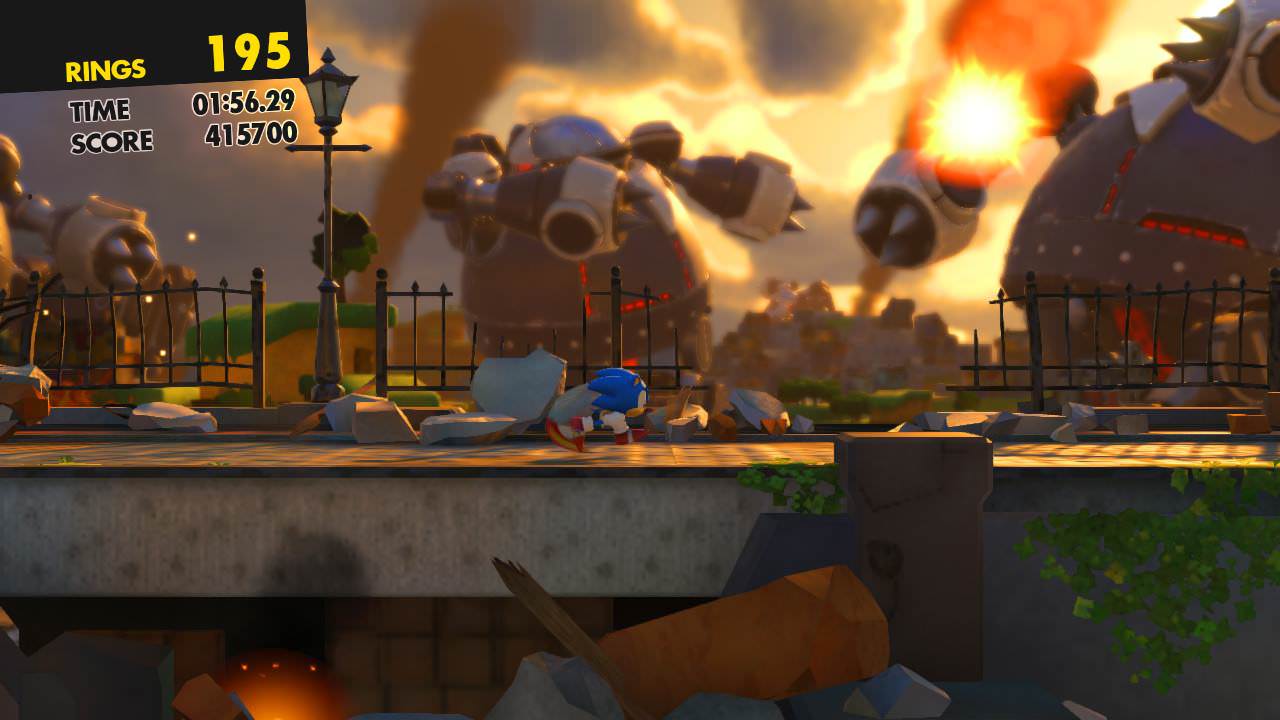 Sonic Forces is too pure. That is its problem. It is too good, and too pure. Like an unstable element, volatile in its truest form, not long for our world. In a world that’s been bubble-wrapped by things like “what will sell well with the consumer base”, or “what makes a good game”, or “is this a good idea to put in a game geared towards children”, or “are we allowed to do this”… Sonic Forces disregards all of that.

Sonic Forces simply is, and simply does. Sonic Forces takes no prisoners, and unapologetically delivers an experience of pure, untainted fantasy.

It’s almost unbelievable, in a cruelly ironic sense. The other title that released this year, Sonic Mania, was essentially a fan game of timeless, professional quality. Sonic Forces, on the other hand, is a game from Sega’s Sonic Team themselves that feels entirely like it was cooked up by a couple kids on FurAffinity. 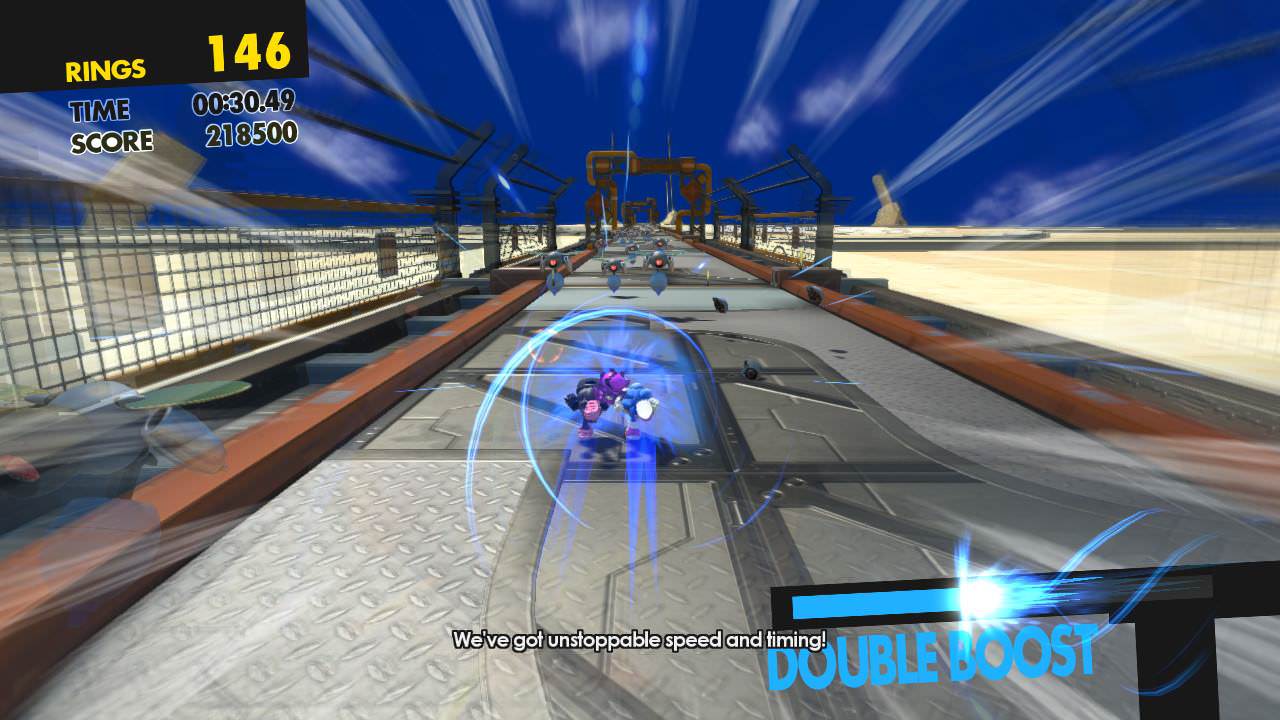 There is no grounds too unholy for Sonic Team to tread upon. There is no shame in their actions, no hesitation in their movements. You create your own fursona, whom immediately is sucked into the group of Sonic furry friends we all know and love. You rescue Sonic, become his best friend and most trusted ally, and save the day with him. And that isn’t even the tip of the fanfiction iceberg.

Sonic Forces does not shy away from allowing you to unlock the inexplicably blatant full-body latex suit. Not only can you create your own fursona, you can encase them in skin-tight latex. You can make your cute femboy hedgehog wear high heels, and a skirt to hide his feminine hedgehog penis. Maybe you prefer crocs. Those are also an option. 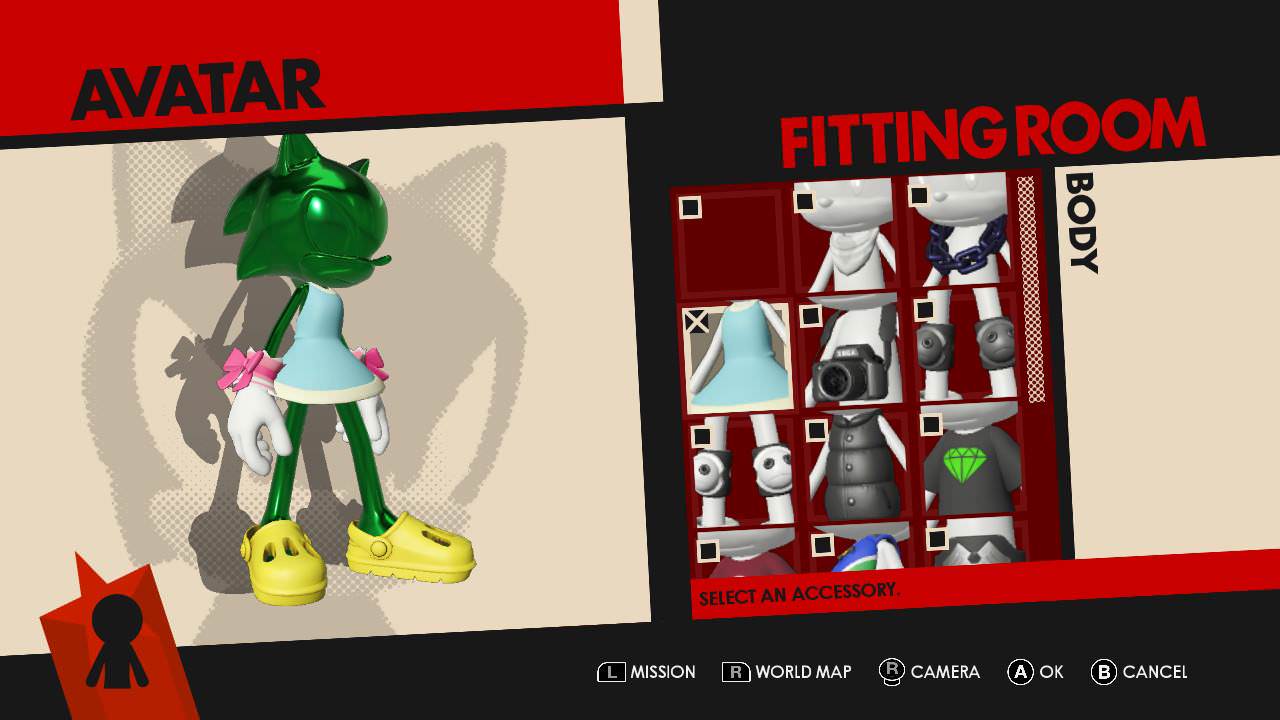 It’s a nonstop ride of pure thrills. Your original character is the only one that can defeat Sonic’s latest nemesis, Coldsteel the Hedgehog. An army of fan-favorite villains, and that fucking red guy from Lost World for some reason, wage war against a team of original the character fursonas. Random Sonic characters pop in here and there to save the day for absolutely no reason, with no build-up or climax of any sort. By pure coincidence, at the last second before our heroes die, a convenient character plot device to save the day. Multiple times, at that.

The plot never even establishes itself, let alone delivers any kind of comprehensible narrative. It’s like someone dumped their bin of crusty Sonic plush toys onto the floor, stuck their chubby fingers lovingly into the discolored fuckholes, and just started mashing them together and making action figure noises. And in that, is where Sonic Forces’ true beauty lies.

A beautiful, perfect piece of abstract, primal desires. Yes, the gameplay is a mess. The classic, 2D Sonic levels are pretty okay, and everything else is a sloppy, incoherent mishmash of explosions and running very fast. Level design and proper pacing are out the window, in favor of running straight lines through robots, from one nonsensical setpiece to the next. Remember when you ran away from the killer whale in Sonic Adventure? That’s the entire game. 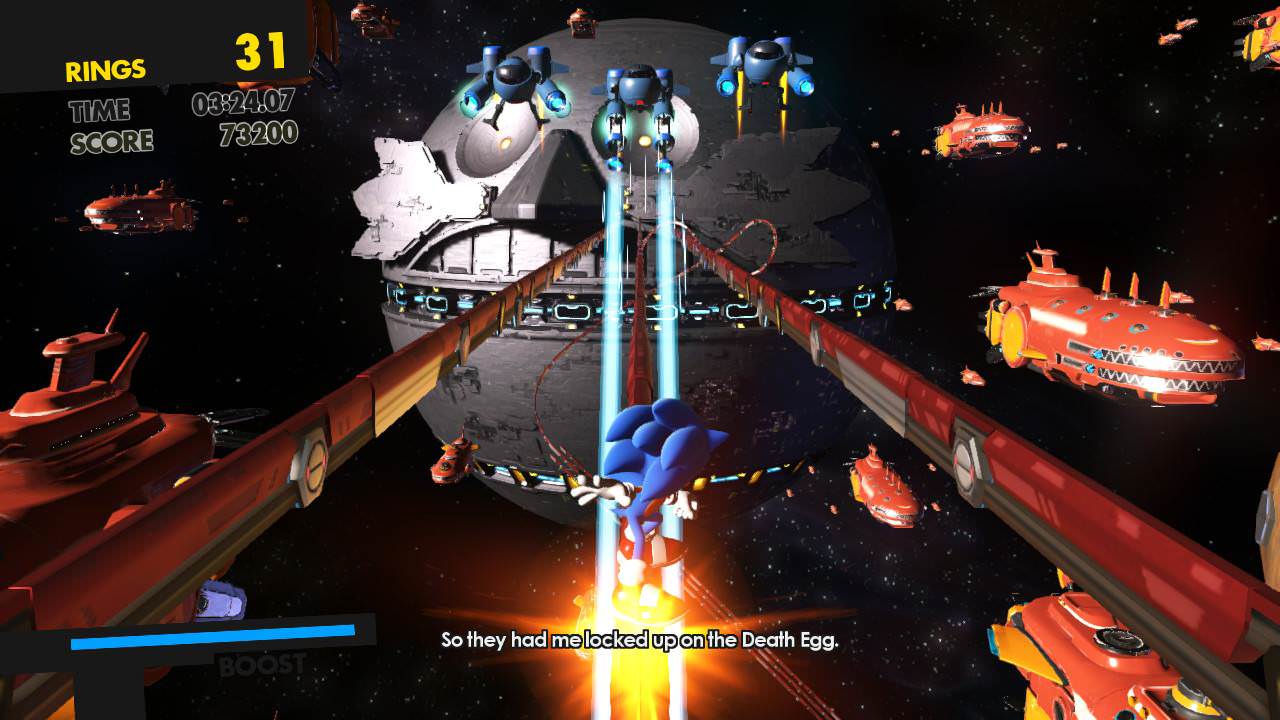 Sonic Forces perfectly captures what it means to be “Sonic”. Sonic Mania may have captured the true essence of classic Sonic nostalgia and everything that made the old games good, but Sonic Forces is the true masterpiece. Capturing the pure, human essence of the modern Sonic fanbase. Their confused, nonsensical sexual desires and paraphilias. The power fantasies, the promises of friendship and love that they’ve never felt before as the social pariahs. The escapism from whatever outlandish, conservative family structure they have. They’re probably a Mormon. I’m almost certain they’re Mormon.

Sonic gets vored by a snake. Sonic gets vored by a giant fucking snake. There is at least a ten minute setpiece where you get swallowed whole by a snake, held in its belly and digested, before Sonic’s unappetizing taste ultimately causes him to be regurgitated. They really go in on all the details. You can tell, you can absolutely tell, that whoever proposed the idea was sweating profusely and pitching a tent in his kimono or whatever the fuck they wear over there. Same as the guy that proposed the full-body latex encasement suit. Or the crocs. 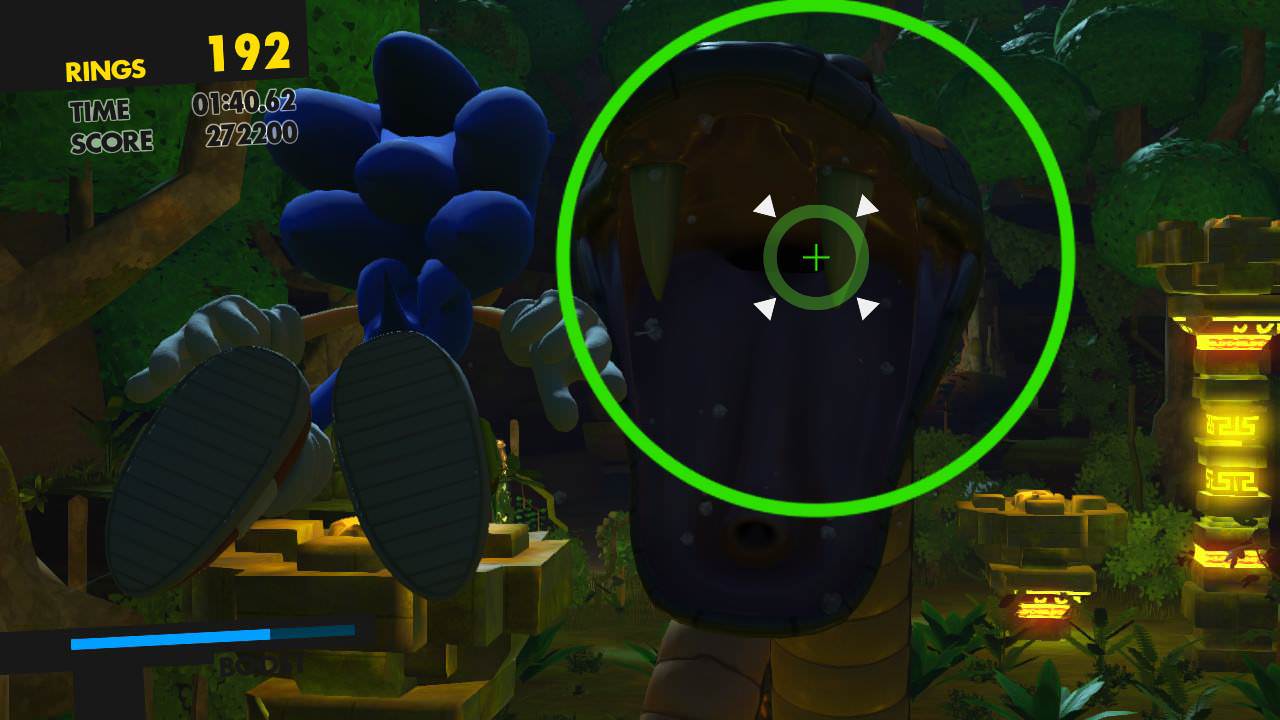 You might be able to write off Sonic Forces as a bad game. You, up there on your high horse, pretending like you don’t also have your own inner demons. Your own deep, dark desires. But we know. We know everything.

We’re all human. We’re all a little broken on the inside. Everyone has their skeletons. Everyone has their bodies in the freezer downstairs. The search history we’ve deleted. The things we’ve opened incognito tabs for. Everyone’s got a file cabinet full of suspect Google searches back at the FBI’s office.

So you can go ahead and laugh. Go ahead, pass your judgment on the weird crossdressing furry latex encasement vore game. But when Jesus comes again, and all of our sins are laid out before us, at least we won’t have “being a judgmental cunt” on there next to “bestiality” and “wanting to vore something”/”wanting to be vored by something”. 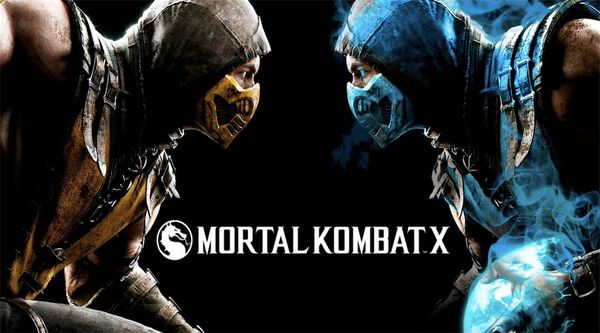 Children these days have it harder than any other generation. For ages, the strong have preyed on the weak. Atheists, communists, nazis. And now in the modern age, pharmaceutical companies 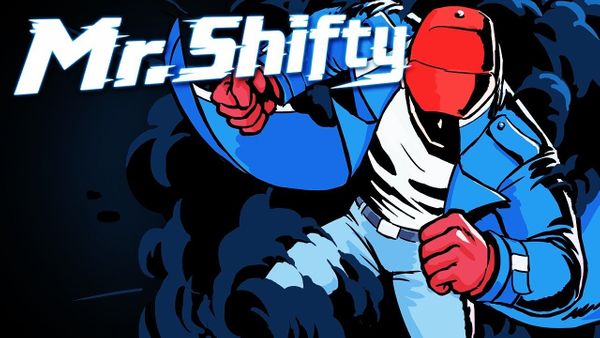