It’s a sad day for the world of video games today. Beloved Super Smash Bros director Masahiro Sakurai has passed away, due to complications of COVID-19.

Sakurai tested positive for COVID-19 several weeks ago, and was quarantined within his house. His symptoms were mild, and his condition did not get worse. In fact, he was practically asymptomatic, and was expected to make a complete, total recovery.

The tragedy, however, was the even greater disease that struck him while he was trapped in his room. Super Smash Bros fans.

With nothing to do but sit around in his room, Sakurai couldn’t help but find Smash players everywhere he looked. All of his social media accounts, bombarded with demands for every random stupid character in Smash. Random hate messages for his choice to include certain characters, but not others.

No matter how much Sakurai begged and pleaded, demanding to be set free, authorities unfortunately could not allow him to break quarantine. Sakurai ended up passing after leaping from the roof of his apartment complex in Tokyo.

It’s unclear who Nintendo will put in charge of the Super Smash Bros series from here. An internal committee has been formed comprised of Nintendo’s most vocal Waluigi haters, and a new director will be chosen from among them.

Rest in peace, Sakurai. You were taken from us too soon. 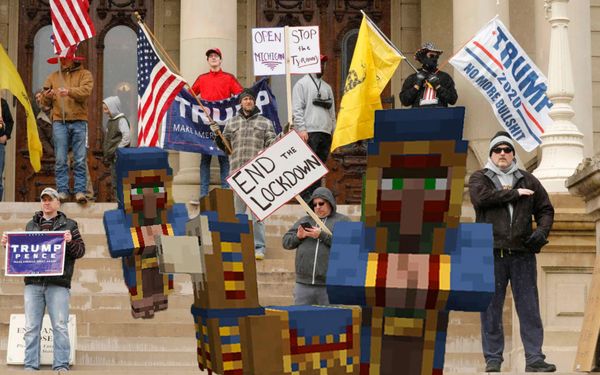 COVID-19 has had the nation, and the rest of the world, petrified. The risk of catching it, and the devastation it’s left in its wake everywhere it’

Leading experts on the COVID-19 pandemic have made a startling breakthrough in the fight against this horrible disease. There may just be a cure yet for the COVID-19 virus. It