Pokémon is a titan of the video game industry. A looming obelisk of a franchise, and definitely one of Nintendo’s biggest properties. It just prints money for them, and the sheer number of spin-offs and merchandise is enough to make it appeal to just about any audience. And yet it all stems from the mainline games, which hold them together.

Starting with Red and Blue, Pokémon has slowly built on its premise, adding new creatures and features to its ever growing universe. New ways to battle, new ways to play, new ways to interact with your virtual pets and the world they live in. But many argue now whether Pokémon is past its prime, or if all the extra content only adds to the experience. No one can quite agree. There’s the purists that only love the first generation, there’s those that love every single title, and there’s hardcore fans of every installment in between that hold those respective titles to be the pinnacle of the series. The smartest and most cultured ones of course holding the fifth generation to be where Pokémon peaked.

But it’s undeniable that Pokémon has swelled to an unmanageable degree. The seventh generation Sun and Moon games, while a high point in terms of Pokémon and character design, was absolutely abysmal in terms of gameplay. It wasn’t catered towards core fans, or new fans, or even kids. It was pretty much for mothers to buy for their children that should’ve been aborted to grant them the mercy of never being born into the twisted, painful flesh prisons they’ve been cursed with. Pokémon Sun and Moon are the perfect post-hospital visit gift for when your writhing mass of child needs something new to drool on. They might need a ramp or something to play it, unless their caretaker presses the buttons for them. But it’s all good.

The clunky, awkward bloat and regressing gameplay has festered over the course of the different generations, gradually making Pokémon both overly complicated and offensively dumbed down. But in a refreshing break from the mainline series, Nintendo decided to do something different, and make a full-scale Pokémon mobile game. 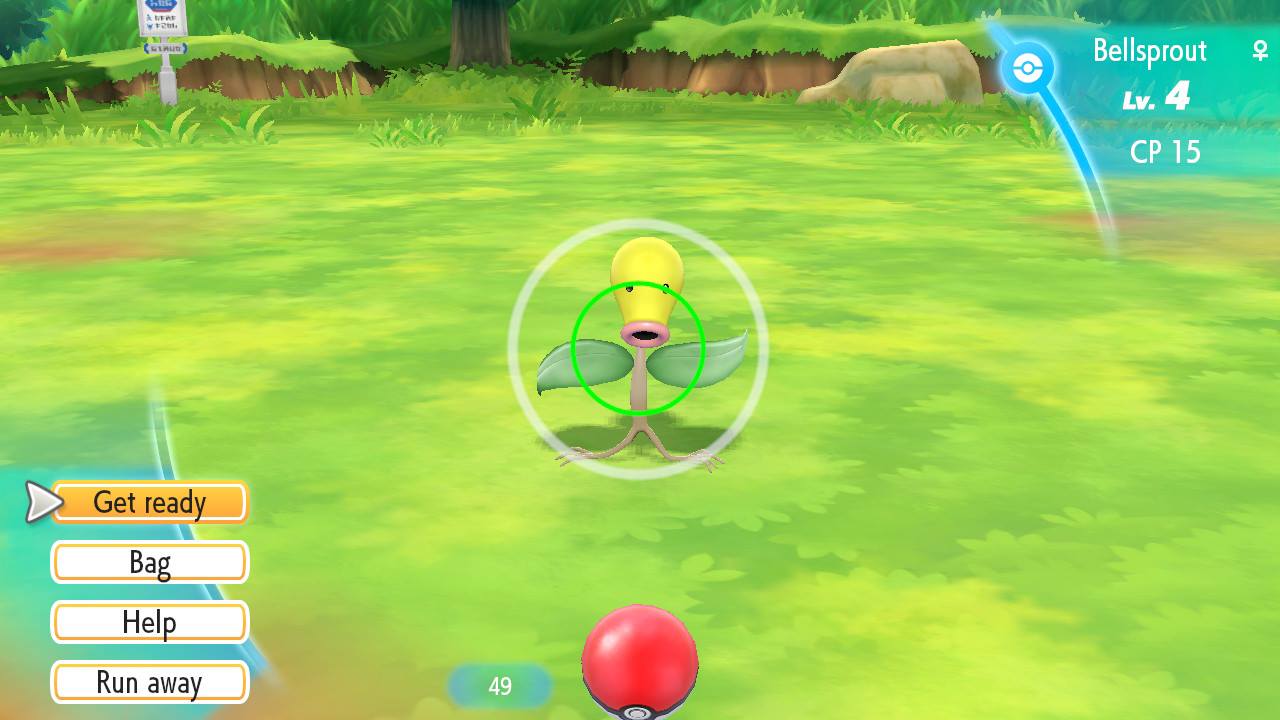 Pokémon Let’s Go Pikachu and Pokémon Let’s Go Eevee combine all the simple, easy to pick up, retard-proof gameplay of Pokémon Go with the no microtransactions and not getting hit by cars while playing in the street of Pokémon Red and Blue. The pseudo-remaster plays just like Red and Blue, with a few tweaks here and there to make things easier for the new generation of gamers that can’t focus on a single task for more than two minutes before they have to swipe out of whatever app they’re using to open up Youtube and watch Mickey Mouse drink some hot piss.

A lot of the core features are the same, you’ll travel far and wide adding anthropomorphic animals to your harem and impregnating their foot-pussies with your virile human seed for some hot toe-birthing like every other Pokémon game. Trainers will be lining up to battle you in turn-based combat, and the other familiar RPG elements are all there. But the catching mechanics have been largely overhauled, as have the methods in which a competitive team are assembled. You’ll capture your Pokémon with a familiar catching mini-game, and be rewarded with “Candy” for chaining captures and transferring them to Professor Oak so he can vore them all and shit out the nutrient-dense candy items that’ll permanently boost the stats of your monsters.

And I can honestly say, this is not at all a bad thing. I’m not sure if it’s a good thing, but it’s definitely not bad. Catching Pokémon feels fun. That’s the biggest takeaway I had. Maybe a bit frustrating, and unnecessarily difficult at times. But it’s mildly addicting, and really channels the “Catch ‘Em All” mantra the games are famous for. In past titles, players only needed to catch one of each Pokémon to complete their Pokédex and flesh out their team. There really wasn’t much of a reason to capture duplicates unless they were shiny, and after a certain point in the game carrying a surplus of every kind of Pokéball just isn’t as necessary anymore. 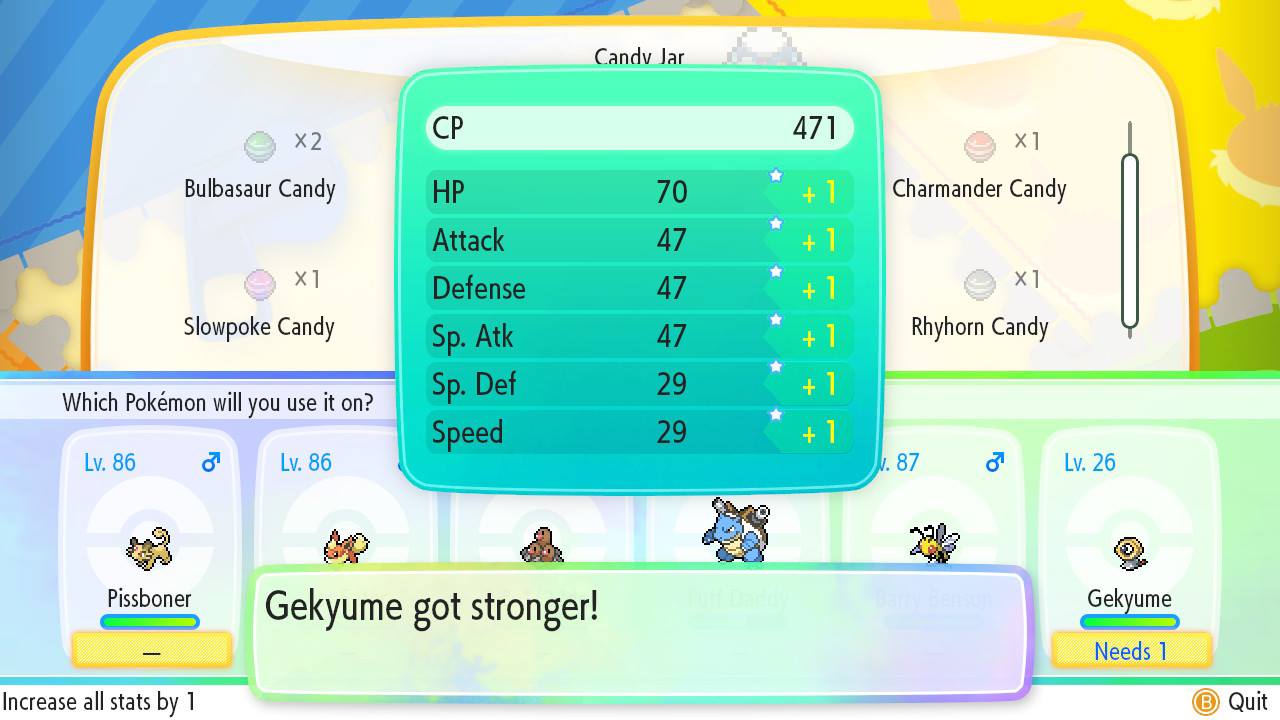 Let’s Go, on the other hand, treats capturing as an integral part of raising a team. Chaining catches is the ideal way to grind for experience, and the candies one gets from voring them have completely replaced the “Effort Value” system from before. Battling Pokémon is still the ultimate contest of how well you’re raising and training them, but it’s no longer the main focus of the game’s mechanics. Grinding for candy, while still very much a grind, is considerably easier than EV grinding.

The capturing mini-game plays like Pokémon Go’s, minus the touch controls, and gives a nice break from the more traditional RPG elements. It compliments the trainer battles pretty nicely, and Pokéballs have become much more bountiful to make up for their increased demand. Prices have been slashed in Pokémarts, and trainers will drop Pokéballs whenever they’re defeated. And yet, the over-reliance on RNG also makes capturing them agonizing at times.

The capturing mini-game is timed, first of all. If you take too long or keep failing to capture it, the Pokémon will bolt. You can use Berry items to roofie the wild Pokémon, the chemicals inside each berry providing different effects like making them move around less, their toes hot and sweaty, or their piss especially fragrant. But nothing quite to the degree of past games on a brute force scale, where one could beat up a Pokémon in the wild until they were paralyzed and desperately clinging to life, trapped in a battle by various Pokémon moves or abilities, and more or less forced into sexual servitude through a battle of attrition with the game’s RNG. Berries don’t provide permanent effects, and the danger of Pokémon fleeing makes catching a bit more tense. Especially when shiny Pokémon are involved. 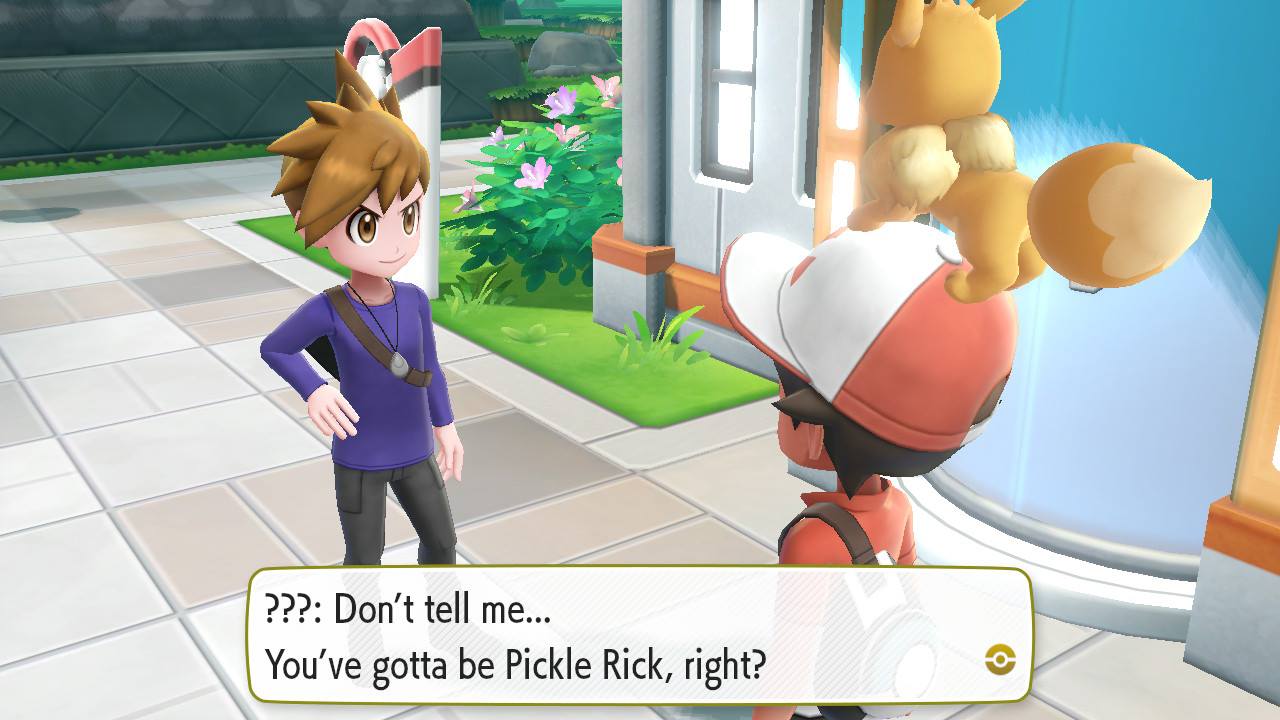 Aside from that, it’s literally a game you’ve bought at least three or four times. It’s supposed to be more of a “faithful remaster” than FireRed was, by cutting all of the extra bloat and keeping it simple. But there’s also Mega Evolutions and Alolan forms. Which isn’t necessarily a bad thing. There aren’t any intrusive cutscenes to make sure the game finishes itself even if you’re retarded. which is definitely a plus, and for the most part the game just lets you play. Definitely easier, healing items are more or less just dumped in your lap, and your default partner Pokémon can learn moves of enough different types to essentially carry one’s team through the entire game.

Between all the little tweaks and changes, Let’s Go is a worse RPG overall for it. But a better Pokémon game, if that makes sense. If some of these changes are incorporated into the “main” games, I think the series as a whole would benefit from it. But it’s definitely a very fine line to walk, and they’ll never manage to satisfy everyone equally.

If Nintendo decides to keep the “Let’s Go” brand as its own separate thing, and makes it the sort of entry level series while the “mainline” games continue to develop as more advanced RPG titles, they might be able to give each of them enough of their own unique identity to give them both a role in the Pokémon franchise. 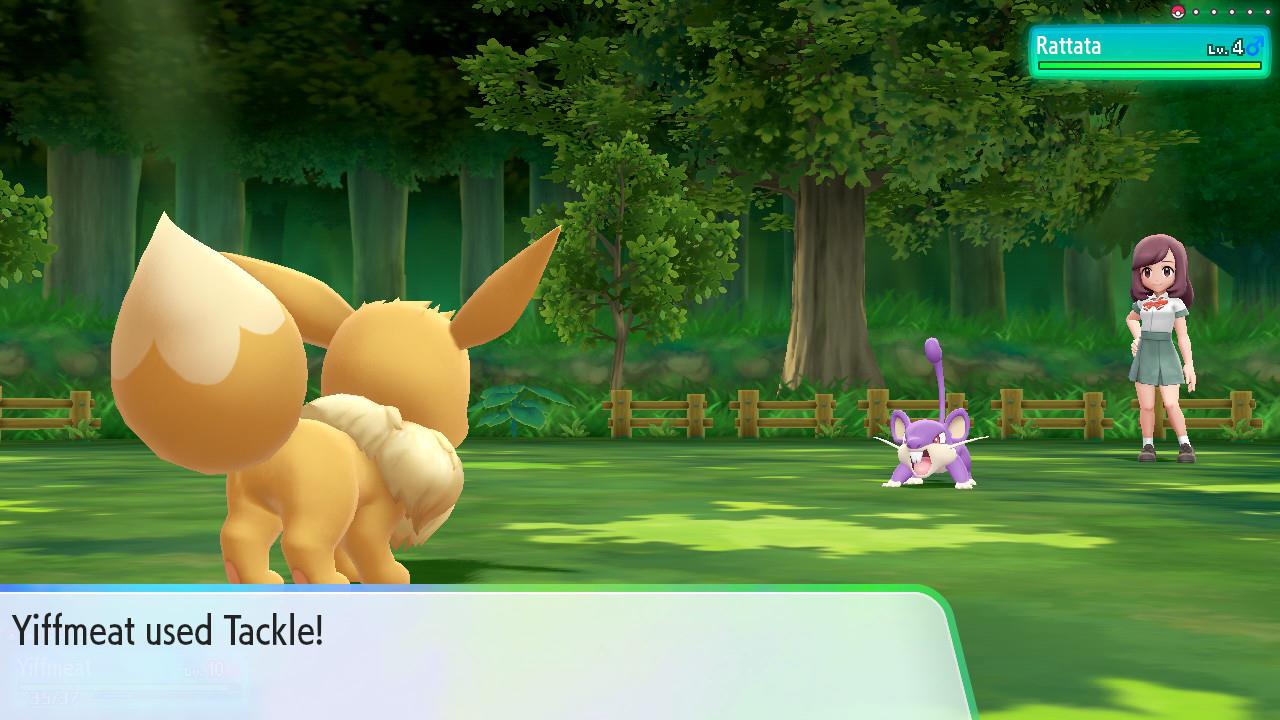 Nintendo’s Pokémon problem extends much further than that though. The sheer size of the game has definitely gotten out of control, and how they continue to build on such a shaky foundation will catch up to them eventually. The shift to all 3D models, it’s hard to say whether that was a smart move or not. They’ve been recycling the same models for what’s got to be decades now, so upscaling and optimizing them for each new title might just be easier than creating new sprites every time. But it still must be a project, to go through all of them.

There’s well over a thousand unique models now, there has to be. Especially when you consider all of the little “gender tweaks” they introduced in the fourth gen, with certain species having slightly longer whiskers or patterning that’s just vaguely different depending on whether they have a penis or not. Which, speaking of, none of the models even have. How am I supposed to enjoy 3D Pokémon porn if these half-rate animators just pop a generic human penis onto a 3D model of a Charizard? We need unique penises for every single Pokémon. Charizard’s penis would not look anything like Dragonite’s penis, even though they are both dragons. Considering the climates they both live in, Dragonite’s cock seems more likely to be prehensile and have a tapered shaft. Charizard’s would definitely be much more girthy and capable of dishing out a real pounding. But will Nintendo ever give us 1000+ unique cock designs? No, they are much too cowardly.

Eventually, something has got to give. Nintendo can’t just keep expanding the world they way they do with each generation forever. e621 will run out of tags eventually.

With the advent of the “indie roguelike”, indie gaming has slowly reached the very peak of elitist hipster culture. What was once a movement destined to uproot the evils of 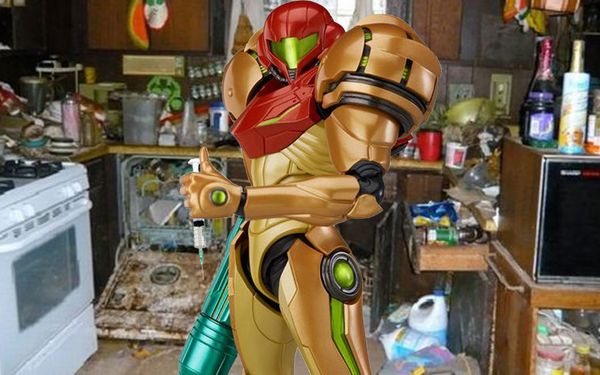 The Nintendo Switch has been a runaway success thanks to its steady stream of quality content. Zelda, Mario, Smash Bros, and more have all graced the console, providing one classic