With the advent of the “indie roguelike”, indie gaming has slowly reached the very peak of elitist hipster culture. What was once a movement destined to uproot the evils of the AAA gaming industry had become a dick measuring contest of what game can be the hardest, most unforgiving measure of how masochistic a gamer is, while being both charming and colorful yet not too unfamiliar because it needs to be retro and nostalgic.

And then games like Enter the Gungeon came along with such reckless and offensive themes that it really should just be made illegal already. 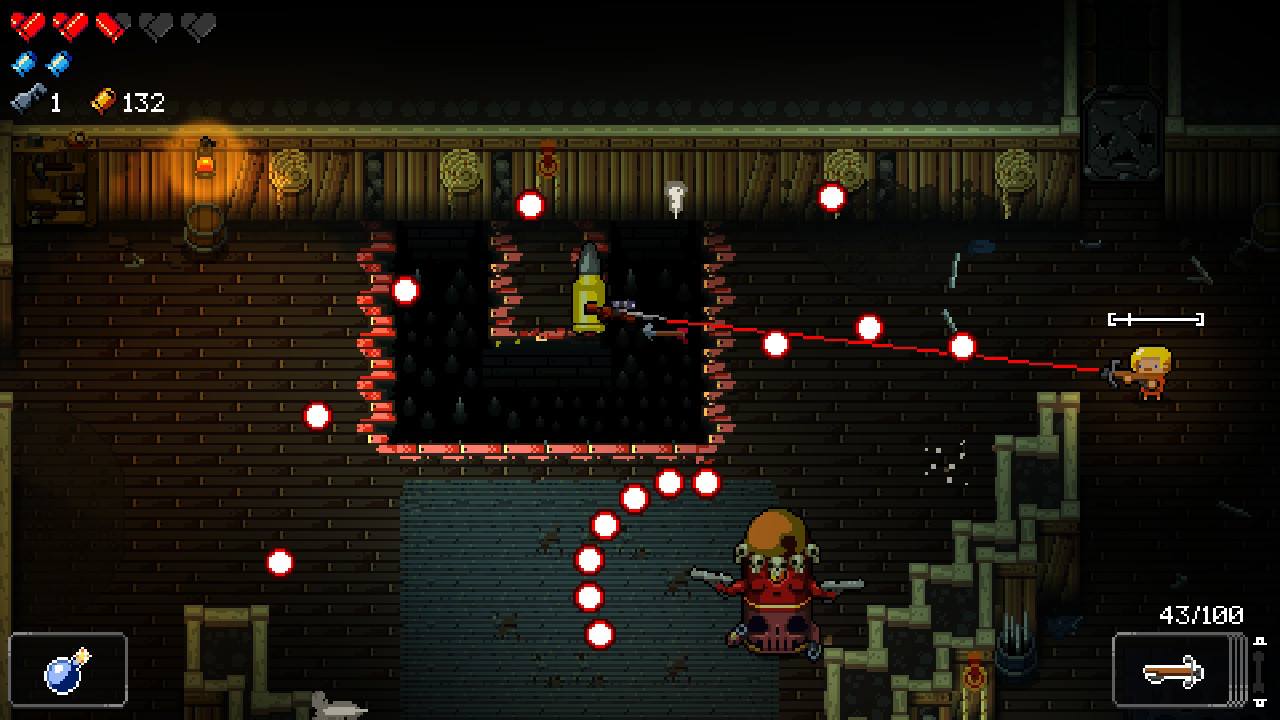 Enter the Gungeon is a delightful indie roguelike bullet-hell, packed to the brim with wit and charm. The characters and world are colorful and entertaining, the gameplay is tense and fast-paced, and it’s a cruel test of just how twitchy one’s fingers can be. There are multiple characters to play, tons of different guns to try out, and the old-school emphasis on trial and error provides a healthy level of challenge that rewards the Real Gamers. Real Gamers being masochistic sluts that get off to cat girls with penises pissing on them.

It’s not quite as fleshed out as other roguelike shooters like Binding of Isaac, and at times it feels like there’s more guns in the game than there are things to do with those guns. For a game all about being replayable, there really isn’t enough variety at early levels, which is where players will be spending the most time. A greater quantity and variety of bosses on every floor would keep the action considerably more fresh and engaging, as would a larger number of unique enemies. Most enemies fall into the umbrella category of generic mooks, just with a larger quantity of bullets being fired at any one time.

But the game does have its wild and wacky charming indie game moments. You can get a gun that shoots eggs, and a gun that shoots mail. You can get a gun that references other indie games, because the developers are Gamers that know about Gamer Culture. There’s even some totally zany weapons, like a bullet that shoots guns. It’s utter madness. And really, being charming and wacky is what indie games are all about. No one actually cares how fun they are, because no one actually plays them except people on Youtube that scream really loud. 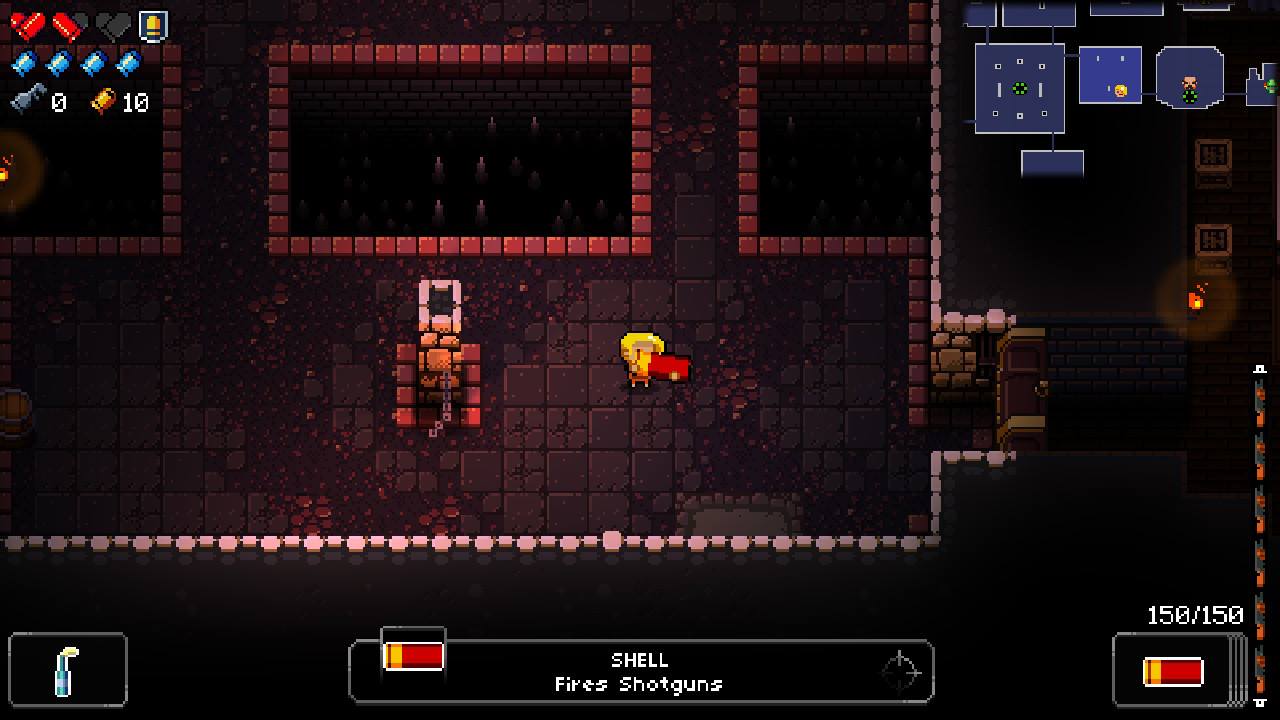 The most concerning thing about Enter the Gungeon, however, is just how careless they are on the topic of guns. All of the playable characters can just waltz into this dungeon and find guns lying around, and they can all just buy guns from the in-game shop without any kind of background check. One of them is an actual convict, and the arms dealer just hands out these guns like candy. They should have their license revoked. If they even have one. Do they not realize just how easily this game could brainwash our impressionable youth? What if I just went and shot up a dungeon after playing this? There are repercussions to your actions, game developers.

You may think you’re smart and self-righteous with your little ideas of how gun control should work. “Guns are okay, we just need to keep them out of the hands of the mentally ill”. But what kind of precedent is that for one of the rights in the American Constitution? Why can’t the mentally ill have guns? They’re human too, aren’t they? Don’t think your oligarchical propaganda slips past me. Retards are people, and you are discriminating against them with your ableist policies. Humans with a lower IQ can’t help how they were born, and it would be akin to banning the sale of guns to the disabled, or to people of a certain ethnic background. Would it be ethical to ban other rights, like the freedom of speech, from people that are mentally ill as well? It’s not like retards are women or something, they deserve rights. 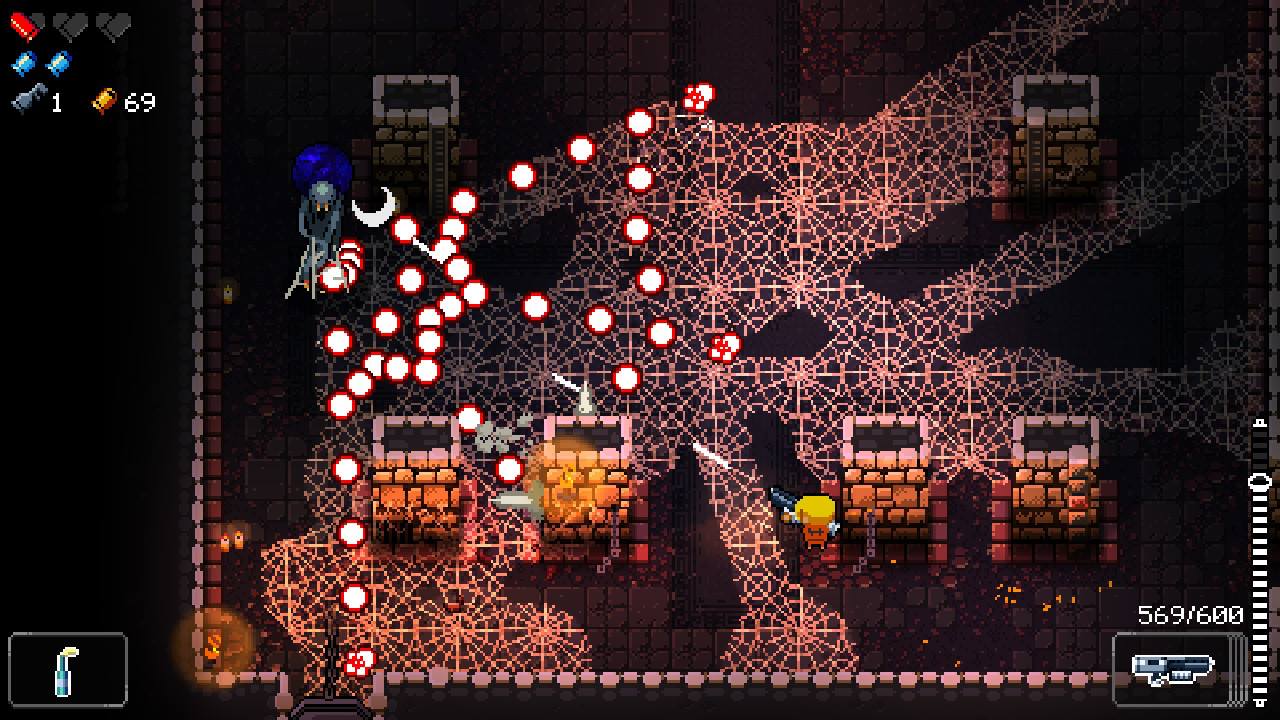 China has branded Islam as a “mental illness” and has formed concentration camps to “cure them”. Do Muslims not get guns then? Either it’s a human right to own a gun, or it’s not. It can’t be “it’s your right to own a gun unless you are retarded”. Unless we’re circumventing the “human rights” argument by calling retards inhuman. But then what makes a human? Is their mental functioning what makes them inhuman? What then of dolphins, which rival human intelligence with their own? Are they human? Can a dolphin buy a gun? If a dolphin shoots up a school, can we legally arrest the dolphin? It’s not like they’re black, we don’t need to shoot them seventeen times.

Dolphins are almost human, except for a few things. They’re cruel monsters, commit murder for fun, have sex for pleasure and take no shame in how much they rape and kill. The only difference is they live in the water. Does a dolphin have more rights than a retard then? If a dolphin rapes a retard, who do they arrest? Do they shoot the dolphin? If the dolphin shoots back, is that a declaration of war from a foreign body? How many dolphins need to own guns before we consider them a threat to our way of life? What if the retard consents though? Can a retard consent? Can a dolphin consent? Should bestiality between humans and dolphins be legal, since they both fuck for pleasure?

These are exactly the kind of dangerous questions Enter the Gungeon poses, and exactly why we need to ban guns and indie games. Guns shouldn’t be a part of elitist culture, where only the smartest and most self-righteous gamers can be allowed to purchase them. If guns are a right they should be widely accessible. But that’s dangerous, so it’s easier and better for us as a society to get rid of them. And indie games, we should really just ban them already. If I have to play another game with such whimsical charm again I will buy a gun. Then you’ll all be sorry. 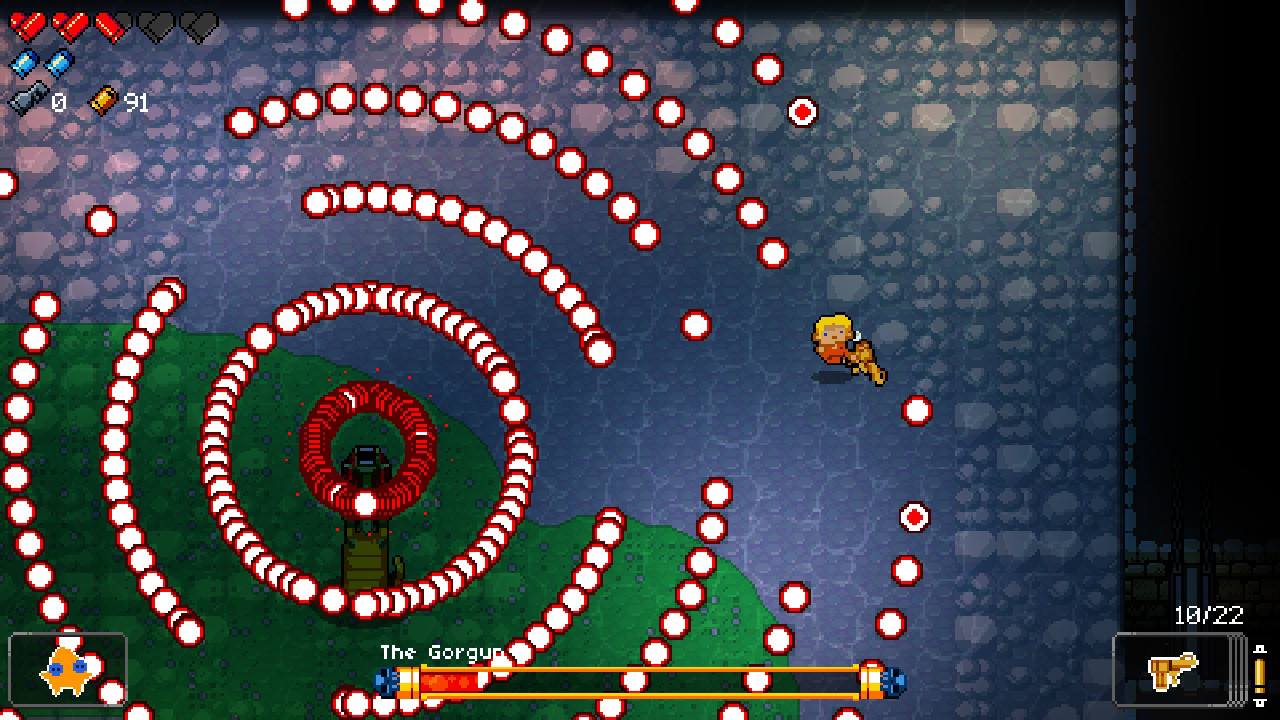 Humanity is at a crossroads. One leads to a utopian future. The other leads to dolphins illegally entering our country, taking our guns, fucking our women, and leading us into a hedonistic spiral that ends with the death of all life on Earth. And a giant boulder called the Democrats is slowly rolling towards us from behind, and the floor is quicksand called “Republicans”. And there is a bird labeled Bernie Sanders watching us, rubbing his little hands together. And that utopian future has a dolphin with Hillary Clinton’s face on it, holding a gun, creeping over from the other path. And there’s something about Communism, somewhere. I don’t know. The signal is getting weak. The vision is leaving me. I don’t know what it means. It doesn’t need to mean anything. But we can draw it, and label everything. Yeah, that’d be rad.

That’s essentially what indie roguelikes are. It doesn’t need to be cohesive or mean anything, it’s randomly generated for maximum entertainment. Creative design and thoughtful curation don’t really matter when your actions are meaningless. Everything has a smiley face. That’s just the kind of world I’m trying to live in, man. I don’t need to worry about finishing my college degree or living up to my parents’ expectations. And the thought is comforting.

If you get shot in the head or run out of money, don’t worry about it. We’ll get ’em next time. RNG will never be on your side, but maybe by the 30th try you’ll just get lucky and decide to turn the game off. 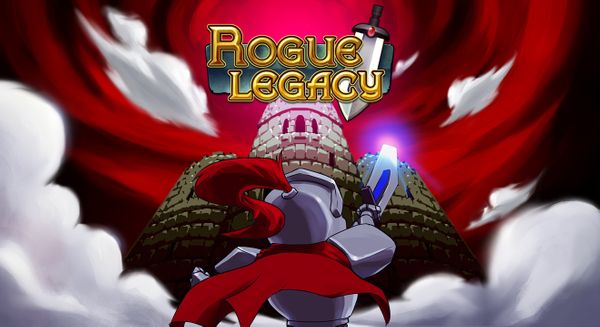 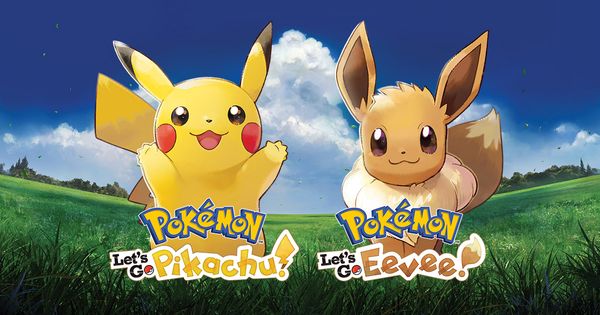 Pokémon is a titan of the video game industry. A looming obelisk of a franchise, and definitely one of Nintendo’s biggest properties. It just prints money for them, and