Gamers love being humiliated and degraded. They love games where they die all the time, but only if there’s that sweet, sweet aftercare. A little achievement, a little level-up fanfare. Some kind of stupid, enigmatic lore that has something to do with skeletons they can circlejerk around on Reddit.

This pretentious form of cock and ball torture was unparalleled in gaming, until it clashed with the skillful autofellatio of indie games, and the inbred indie roguelike clawed its way from the stinking maw of the indie anal-womb. And so Rogue Legacy was born. 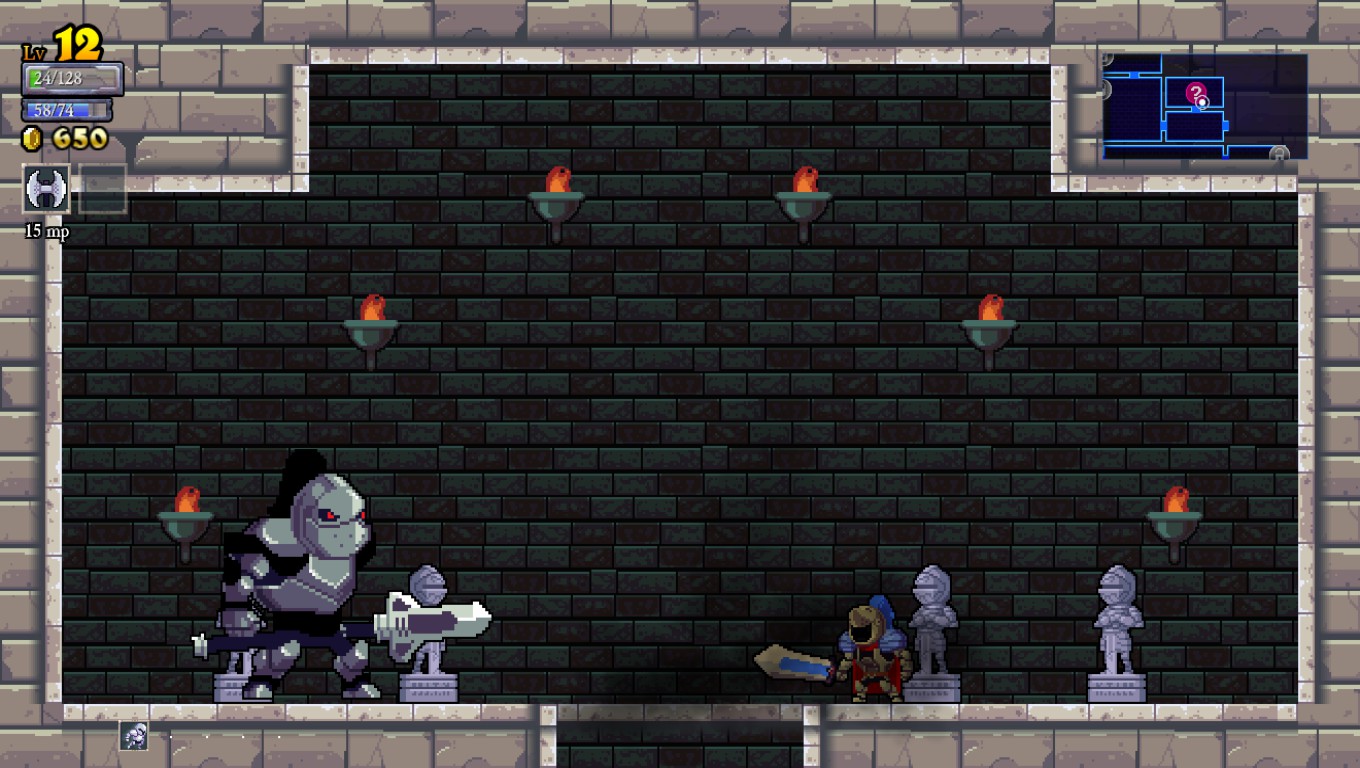 Rogue Legacy, the game where you have to die. Mandatory death for game progression. Prepare to die epic style, gamers. It’s just like Dark Souls, the game for Real Gamers. Except the game is randomly generated with no meaningful level design and the RPG mechanics ensure not only that the game is clunky as an RPG, but clunky as an infinitely replayable roguelike. You’ll pick your randomly generated character from randomly assorted classes with randomly chosen perks, and stomp into that dungeon to slay some random enemies. It’s exciting, because you never know what’s gonna happen in between the parts where you are required to die.

Isn’t that totally fun and quirky indie game design? A game where you don’t level up until you die, meaning you have to make hundreds of meaningless ventures into a randomly generated dungeon to hit things until you slam into a brick wall that you can totally dig through if you hit it with your spoon long enough? Real gamers can use their pure skill to whittle away at even the final boss at only level one, and can totally beat the game without even dying one time. Real gamers have infinite time to sink into this delightfully retro and nostalgic metroidvania dungeon crawler, because Mom always brings them their tendies at dinner time and their disability check comes to them conveniently in the mail.

Rogue Legacy is a great game, combining a colorful pixel style reminiscent of the golden years of the SNES with brutal, roguelike gameplay. You’ll grind for gold as you challenge the endlessly shifting dungeon time and time again, investing into weapons, enchantments, buffs, and more with each death until you’ve leveled up strong enough to tackle the bosses and beat the game once and for all. It’s charming, challenging, and everything you’d want out of an indie game. 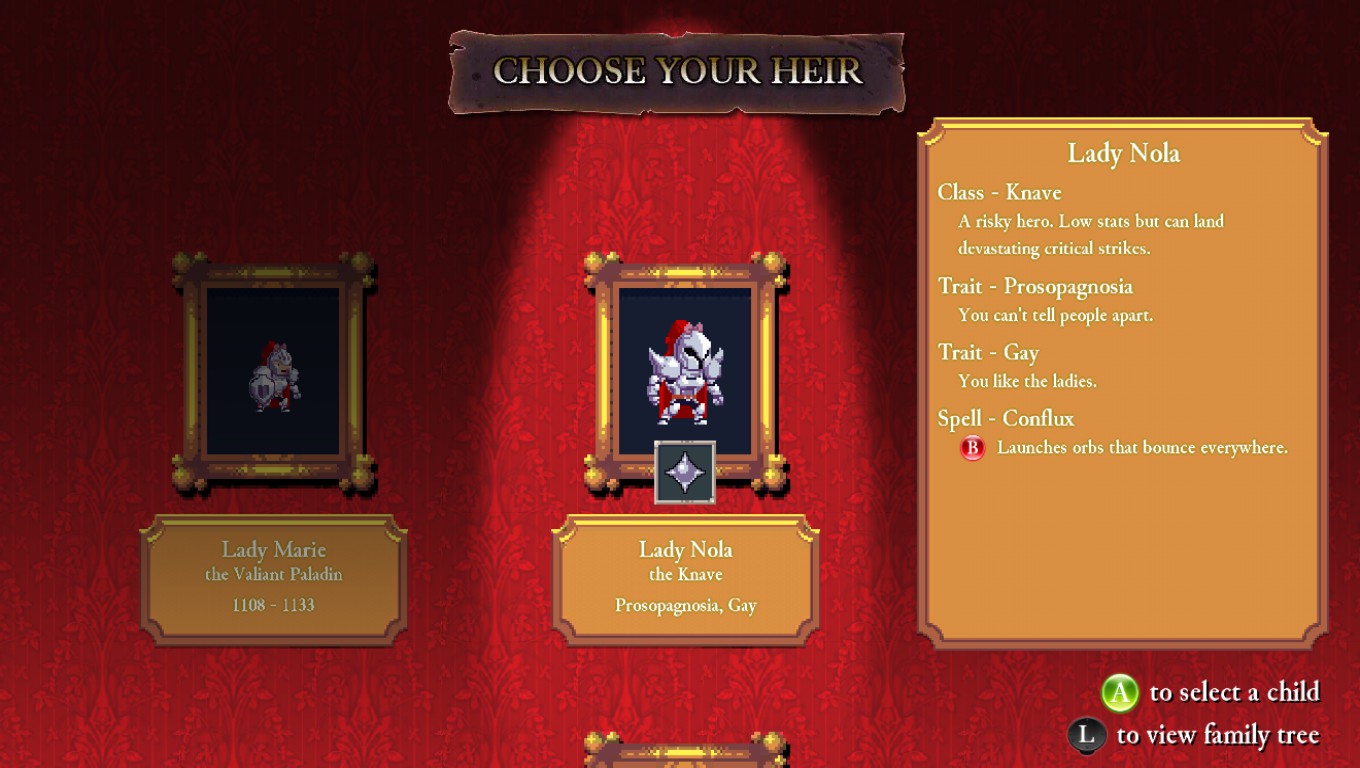 As a platformer, the controls are decent. Not enough weight behind the character for my tastes, it feels like I’m playing a flash game honestly. But they’re consistent at least. As an RPG, it’s not bad. Forcing you to die before each level up means it gets tedious and grindy, but still satisfying if you enjoy meaningless grind. As a roguelike, the RPG elements mean there’s less of an emphasis on skill and more of an emphasis on grinding, so there’s not quite the same arcade feel to the gameplay.

But despite how mediocre it may be based on defining genre traits, it’s still a fantastic game, because gamers don’t care how good it is based on those silly things. They just love the small trickle of dopamine they get from making the numbers go bigger and bigger. Bigger number good, smaller number bad. And then they fought a skeleton and they died and it was so cool. The game is so hard, they already died like fifty times. It’s not like those easy baby Mario games where you’re always alive. In this game you die. You have to, or else you can’t win.

And it’s just so unbelievably quirky. One of your randomly generated characters could have randomly generated traits, like farting too much, or being gay, or just having the whole game play in black and white. It’s such an indie game. So whimsical and fun, like a trip through Willy Wonka’s rape dungeon. Mainstream games like EA Bad Game don’t do that. 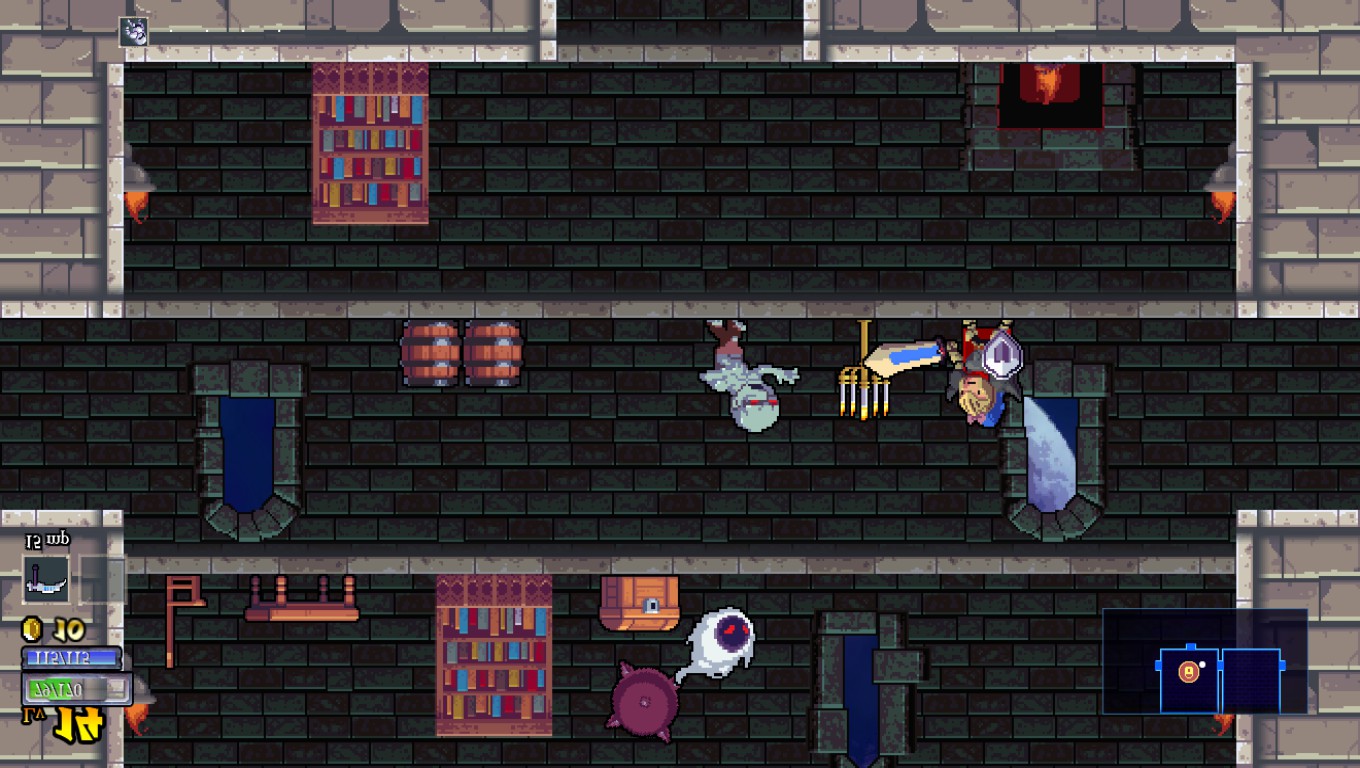 Don’t adjust your screen, gamers. Yeah, that’s right. The screen is supposed to be upside down. Sometimes your character is just born retarded, and the game is upside fucking down. But it’s okay, you’ll die soon enough. Because the game is so hard and brutal, like Dark Souls. It’s the Dark Souls of Dark Souls, man.

Why do we crave the crippling frustration of inadequacy? Why do we seek the most impossible of challenges to validate us and feed our self-worth? Could it be that we as a society are so starved of strife and turmoil that we have to search for meaningless imaginary hurdles to leap over to give our privileged bourgeois existence illusory value? Our unmatched mental processing power, the apex of this planet’s evolution, reduced to artificially guiding pretty dots through an elaborate maze to keep our atrophying minds busy?

Is the steady stream of basic, primordial pleasure received from RPG mechanics really that intoxicating that the terrifying might of Earth’s strongest living organism is nothing in the face of its gradually increasing numbers in relation to work put in, providing the illusion of progress and achievement? Are we really that retarded that we can’t even demand a piece of cheese or something every time we beat up a skeleton in our little high-definition calculator game? 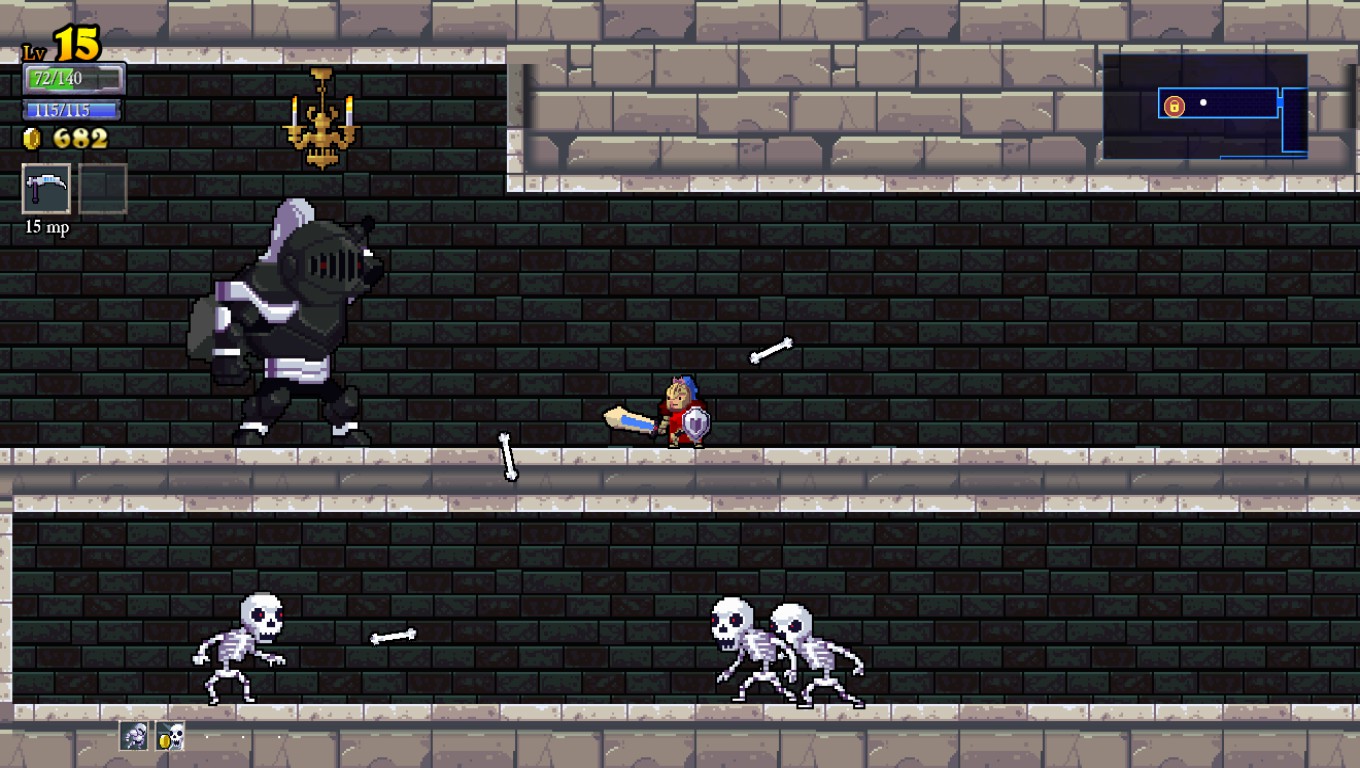 Does this indirectly reveal the fool’s paradise of our proudly individualist, capitalist, all-consuming culture we call Western Civilization? The insatiable beast of greed and lust operating under the seductively self-righteous guise of multiculturalism, welcoming all under its banner to feed the numbers of the masters. Yes, of course your kind are welcome and can earn bigger numbers as long as you work hard. Then you can give your numbers to the masters in exchange for necessities to survival like food, water, a place to live, healthcare, and expensive leather boots and spiked chokers so everyone knows you hate the machine you work tirelessly in.

No matter your culture or beliefs, you are welcome here as long as you strip away those nasty rough edges of your ideology. You need to be a piece of our machine, you need to fit in with all the other pieces to make the machine run smoother, generate higher numbers, and get along with all the other little cogs. The pieces might not fit easily, but it’s all about the work you put in to make those pieces fit, whittling away at the puzzle pieces that have no place until the homogenized shapes of each perfectly unique and special individual fit nicely into the complexity of Western Civilization’s bloated anatomy.

Our culture is work, our culture is numbers. But it doesn’t have to be. It can be a culture of equality, freedom, and diversity, as long as you forfeit the traditions and customs of your undesirable ways. Nobody actually wants the biggest number, they all just want the same, static number. Isn’t that empowering, knowing the masters allowed us all to have the same numbers as them? Or would it be more empowering to give those with nothing the strength to take everything just as it was done to them? Wouldn’t that be fair, equal, and entirely too dangerous? 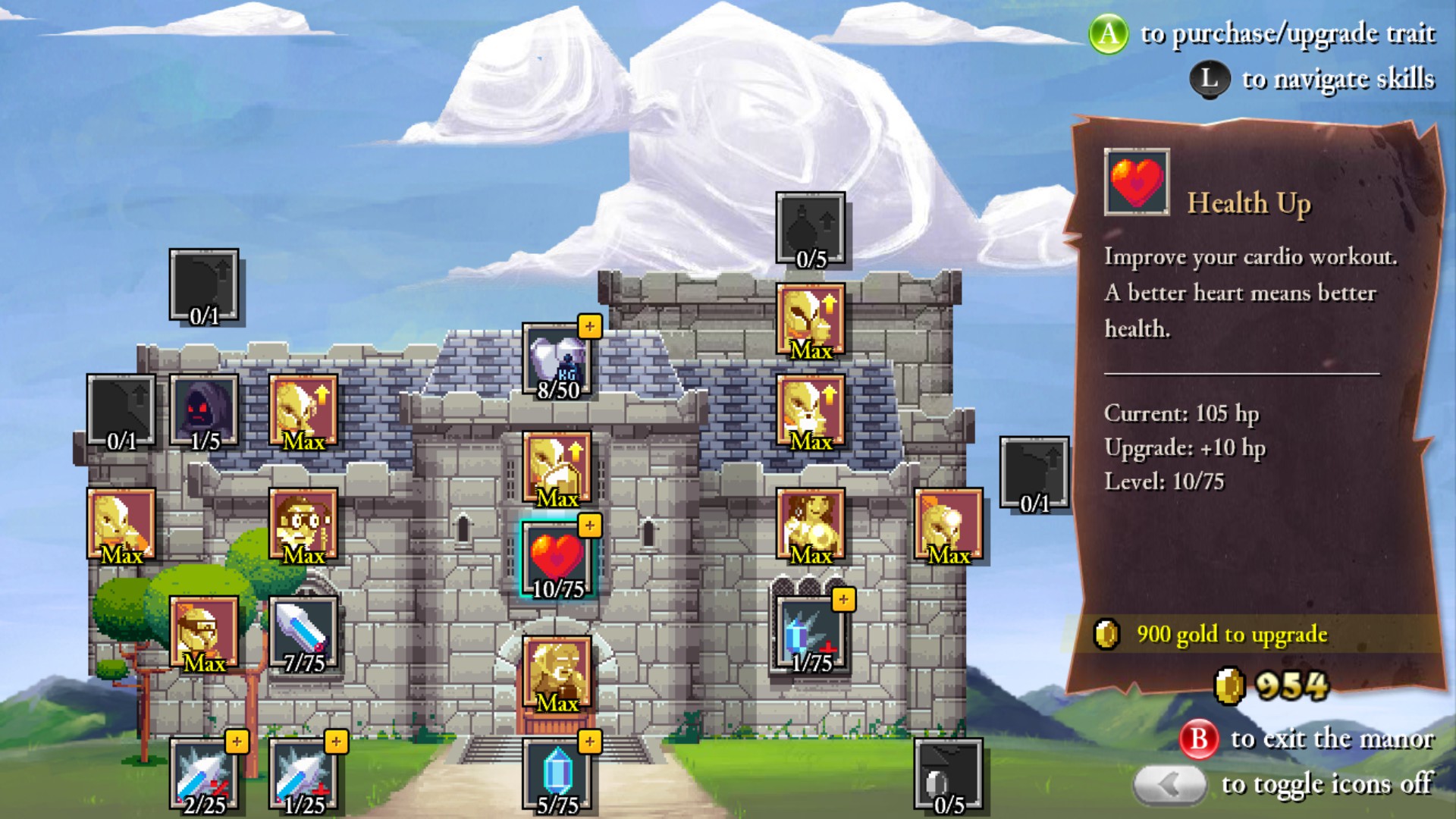 We were promised a game we could win, but the game was already won. Is it truly fair to quit the game? Just like that? No more numbers, no more winners and losers? Is that truly what the losers want? Do the losers really want their daily bread and water, their humble abode, and their comfortable life where everyone can have exactly what the others do? Or do the losers want a chance to be the winner? Isn’t it intoxicating to be the winner? It’s what we grind for, what we work for. The game is hard, the game is brutal. You might not be able to win playing by the rules. But what are rules to a winner? As long as you come out on top, isn’t that what makes it all worth it? A winner can have any prize they choose. Is a broken game truly only remedied by the absence of one?

In the case of Rogue Legacy, probably. But people still enjoy it. The meaningless grind, for the sake of grinding. Working towards an artificially inflated goal for the sole purpose of working towards that goal. People enjoy that grind, they enjoy that work. They’re probably retards, or some kind of paraphiliac. But in our world of acceptance, they too are valid. Their numbers have worth. 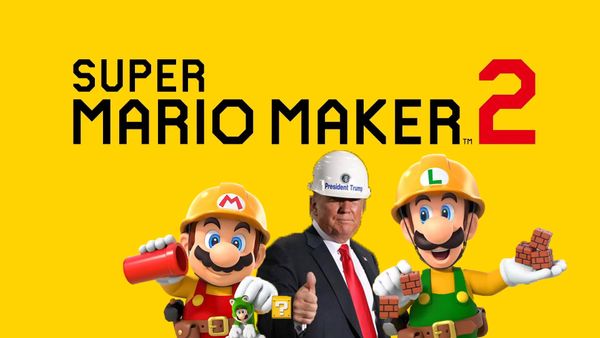 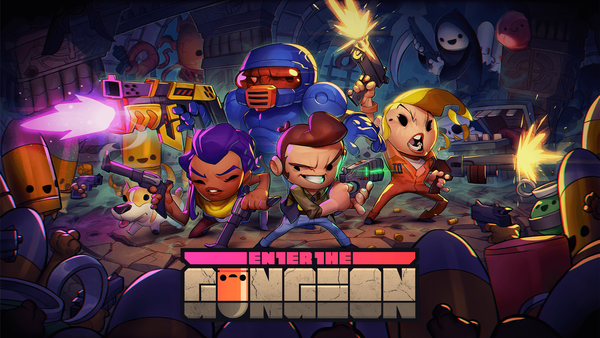 With the advent of the “indie roguelike”, indie gaming has slowly reached the very peak of elitist hipster culture. What was once a movement destined to uproot the