Red Dead Redemption 2 has been one of the most anticipated games of the past couple years, and the hype leading up to its release has been astounding. Rockstar Games has a track record of putting an absurd amount of detail into their games, and the worlds of games like Grand Theft Auto, Red Dead, and Bully set the bar for how massive and immersive open-world games should be.

But worlds that big take an equally gargantuan level of time and manpower to craft. And in the fast-paced world of the game industry, publishers don’t typically have the same understanding when it comes to things like release dates and the amount of work it takes to build a world so deep and detailed. Rockstar has been under fire quite a bit lately for their controversial use of crunch time, overworking their employees to the brink of madness just to have the game ready in time for release. But the latest report from an ex-employee paints a much more chilling picture.

Of those many hundred-hour work weeks that Rockstar forced onto its employees leading up to launch, a majority part of those hours were spent studying and modeling horse balls. 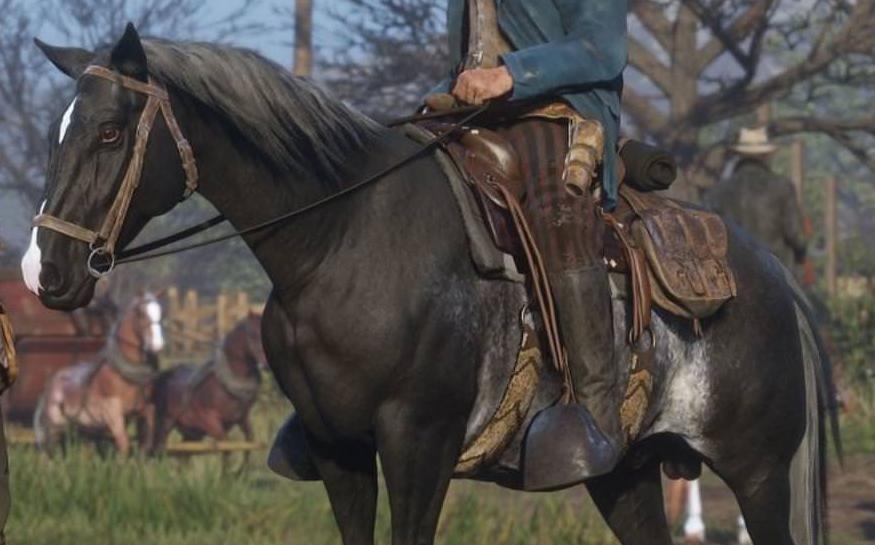 One ex-employee opened up to us in an exclusive interview. “For weeks, maybe months, all we did was look at horse balls. Just look at them, we didn’t even get to modeling them until much later. Our supervisor had a horse in the studio, and he would make us all take turns going up and grabbing the horse by the balls. Sometimes the horse would just sit there and let it happen, but sometimes he would get angry. Broke three of Jason’s ribs, the poor guy. Sent him through his desk. We had to get that computer replaced. Weeks of work lost”.

The horses, which Rockstar insisted were not harmed during the makings of the game, are said to have been the target of severe molestation. Which Rockstar representatives have not exactly denied nor confirmed, instead offering the answer “the horses were compensated fairly for their work, and they could have said no at any time if we overstepped our boundaries. We have an atmosphere of trust and consent within our studio, and we made sure the horses enjoyed every second of their job”.

When asked how long the horses were forced to work, Rockstar released the statement that while they don’t exactly consider what the horses did work, they were present at all times for the duration of development, meaning that they also in fact were forced to work during crunch. A message that only raises further ethics questions. Can a horse work overtime? PETA didn’t seem to think so. 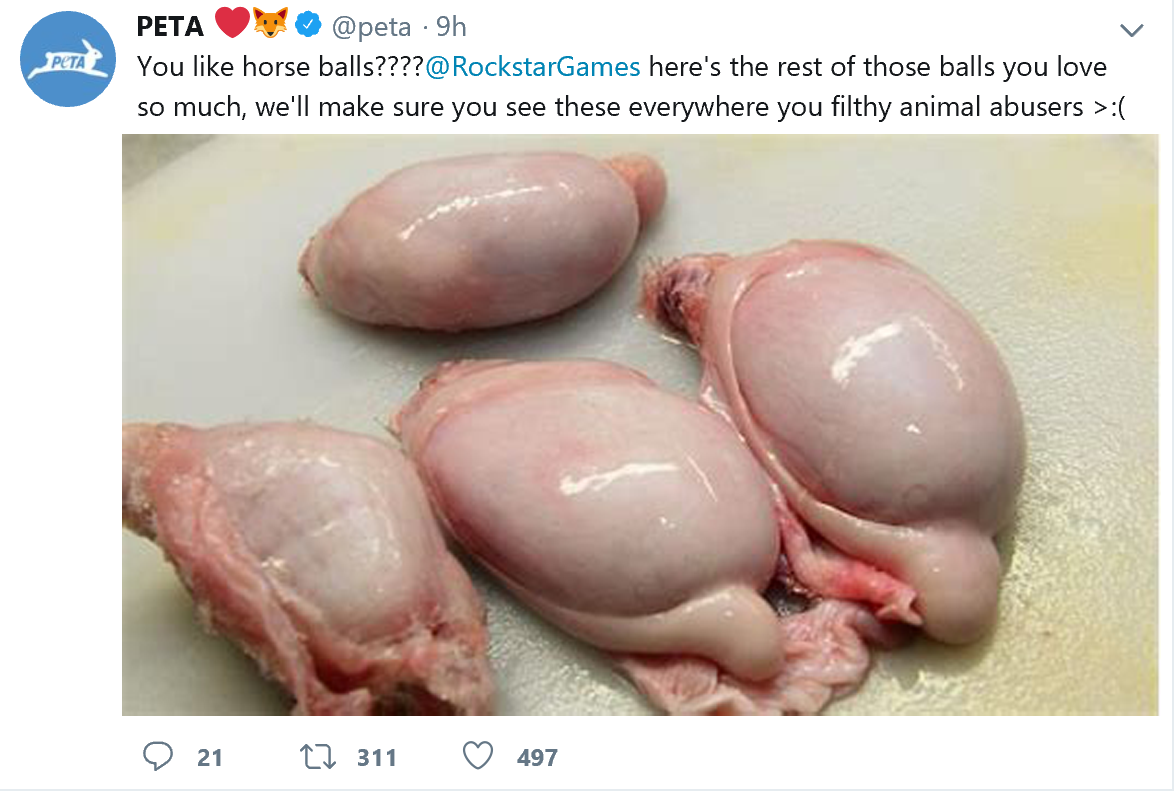 The official PETA Twitter account immediately got to work with issuing threats to Rockstar games, sharing images of loose horse testicles. Following the malicious tweets posted earlier this week, we received a report this morning that horse testicles were found on the premise of Rockstar Games’ offices, with a copious amount of testicle splatter coating cars, windows, walls, and anything else one could pelt with loose horse testicles.

Rockstar’s Horse Graphics Supervisor, which is in fact his official job title, responded to the threats rather casually. “I can respect PETA’s determination and flair for the dramatic. While many of our employees may feel in danger because of the rain of horse balls barraging our office building, I actually find the sound and thought of it quite soothing. If only it rained horse balls where I live, at 650 Broadway, New York, NY 10012”. He was careful to make sure I copied his address down exactly, rubbing his hands together and sweating profusely as he asked if PETA would get to see this message. He seemed relieved in a wholly erotic way when I told him that it was entirely possible.

As I attempted to question him further on the culture of crunch pervading the studio, he leaned back in his chair and nudged his mouse, prompting his computer to exit sleep mode and reveal a crude 3D animated video of what appeared to be Lara Croft fellating a horse penis. I was promptly escorted from the premise after. No umbrella or protection of any sort was provided to shield me from the barrage of horse testicles.

Ever since Super Smash Bros Ultimate was announced, many have argued over whether it was a port or a brand new game. Even after Sakurai, the game’s director, 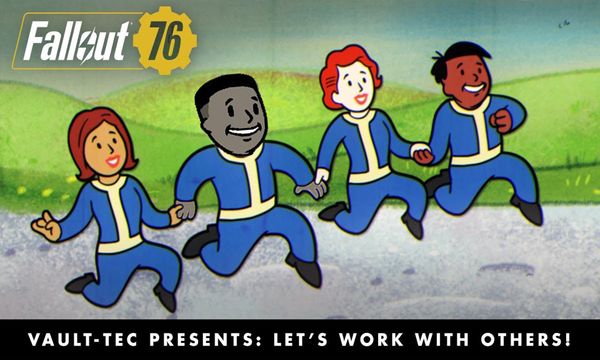 Bethesda’s upcoming Fallout title has had many skeptical on the future of the series. Fallout, long an exclusively single-player experience, will now be opened up to be a