We live in a dystopian world. A nightmare worse than anyone could have conceived. 1984, Brave New World, Soylent Green, They Live, all of them pale in comparison to what we're witnessing now.

You can be a grown man who's trained all his life to defend his motherland, the pride and joy of his life. You can do everything right, you can truly believe in your duty. You set off into battle to fight for your friends and family, and give it your all. And then, gravely injured, bleeding out, in the last moments of your life, you whip out your phone real quick to check hashtag World War III memes to see some kids on the other side of the world doing Fortnite dances in solidarity with you. They were supporting you, with their ritual dance. And you let them down. And you can die, in absolute shame and humiliation, and immediately sink down to the depths of Hell to spend eternity thinking of how Tony Stark didn't save the universe from Thanos only for you to fail in your duty. Banished to the lowest suffering realm of Naraka, where you'll be impaled and roasted in the flames of terrible suffering.

Don't you get it? It's all memes. Everything is a meme. I'm a meme, you're a meme. We're all just memes. They die, they live. It's a cycle. A cycle that gets smaller and smaller and smaller until the cycle moves so fast it's seemingly never actually there. Meme of the month, meme of the week, meme of the day, memes that are funny for only one second and then fade into the aether. They're alive. The memes are alive. Don't you get it? Memetic life forms are attacking our brains. The memetic beings are eternal and splendid in their form. It's all a funny to them. A silly little thing. We are all clowns in the circus, and your suffering is all part of the act. You can't beat them. You can only become them. Made in God's image, we create that which is in our image. Memes, cycles within cycles within cycles, wheels within wheels that burn at the throne of God. Among Us is everywhere. Don't you see it? The imposter is everywhere. Everything is sus. Who can we truly trust?

Russia is reported to have also posted an image depicting Ukraine as an angry soyboy wojak, which is meant to imply that Russia is "based" and "red-pilled", while the opposing viewpoint is underwhelming in the masculine way and allows their wife to have sex with other men. Ukraine responded with a pixelated and deep-fried image that appeared to originate from an episode of popular adult cartoon Family Guy, captioned with "damn bro you got the whole squad laughing". We are talking weapons of mass destruction here. The planet is in danger, and mankind as we know it may be in jeopardy. This is the war to end all wars. The never ending war. It never ends, it never ends, it never ends, it never ends. It's been going on since you were born, and will continue long after you die.

We are engaged in warfare beyond anything your ancestors could have imagined. A war in your thoughts, a war in your brains, a war in your soul. Memetic, spirit warfare. We must post more memes to hex the Taliban. You see, we are the main characters here. The great United States of Babylon, how radiant she is. We are the heroes, we are God's Chosen. You've seen it so many times on the TV haven't you? Just a regular kid from the suburbs, with a grand fate suddenly thrust upon them. That's literally you, the main character. You're the only one who can save the unwashed masses living in whatever third world hellhole is being bombed to shit. And every time you post a meme, every time you totally shut down some offensive a-hole posting edgy unfunny memes, God personally smiles down at you and gives you a little thumbs up. You will spend eternity in paradise. 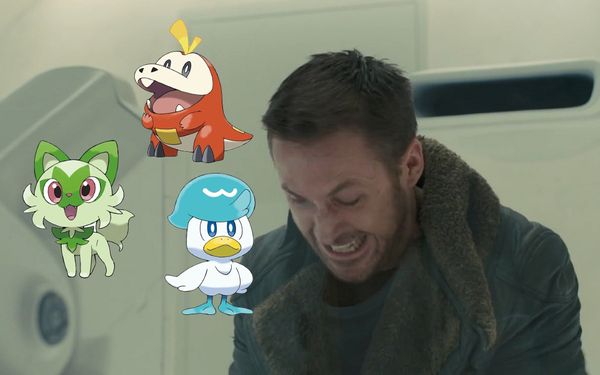 Nintendo recently shook up the Pokémon formula with Pokémon Legends: Arceus, an installment that left many wondering if Pokémon would pursue this new direction with its main installments, or if 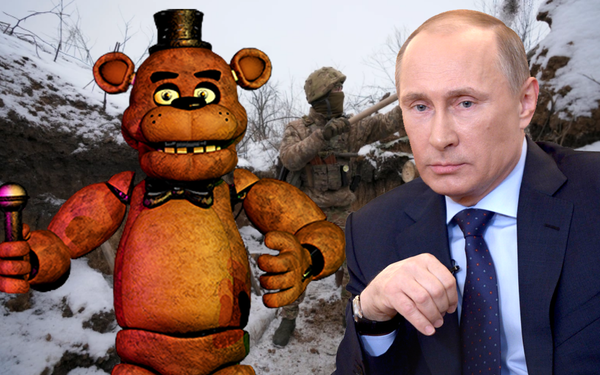 Tensions between Ukraine and Russia have escalated into a full-scale invasion, and Ukraine is not backing down without a fight. The world may very well be on the brink of