2017 has been a wild time for everyone. The political landscape worldwide had gotten a little tense, and people are uneasy. America has been divided like never before, and both sides are angry.

But the tensions seemed to have peaked now. With a video game. The upcoming sequel to Bethesda’s classic WWII shooter, Wolfenstein, takes the fight to American soil.

And while the premise definitely seems enticing, it might also sound oddly familiar for a lot of people. In fact, fighting a dystopian Nazi regime right here in America isn’t even a work of fiction anymore. It’s everyday life for a lot of people. And some of said people have taken notice of this convenient coincidence. 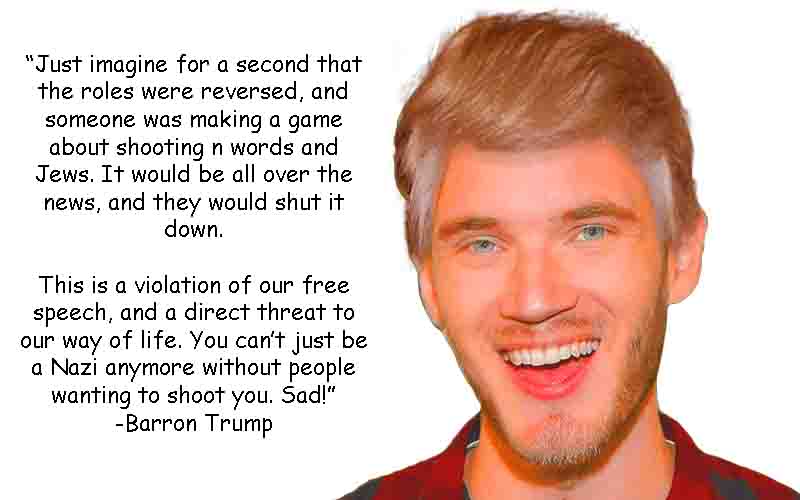 While left-leaning media outlets have praised the title for its bold stance on the issue, many right-wing news sources and advocates have taken grave offense to the game. The face of YouTube himself, Barron F. Kjellberg Trump Jr., immediately produced a scathing video review slamming the title for its blatant disregard for free speech.

“Just imagine for a second that the roles were reversed, and someone was making a game about shooting n words and Jews.” Kjellberg opens his rant with, interrupting his video every minute or so to profusely apologize for his use of the n word. It just slips out sometimes, he explains. “You can’t make a game about shooting Jews. That’s a hate crime. But Nazis? Oh, no, shoot away. Please. It’s not like they’re also human beings or anything.”

Bethesda issued a statement reading “Guys, it’s just a game, please relax”, which was immediately met with death threats from Antifa and some cars being lit on fire. There is now a Black Lives Matter rally outside Bethesda’s main office, and lots of very angry pasty men chanting “Our lives are not a game”. On the opposite side of the street, overweight men waving Confederate flags have gathered. Police have been called to try and keep things amicable between the factions, but it seems riots are imminent. 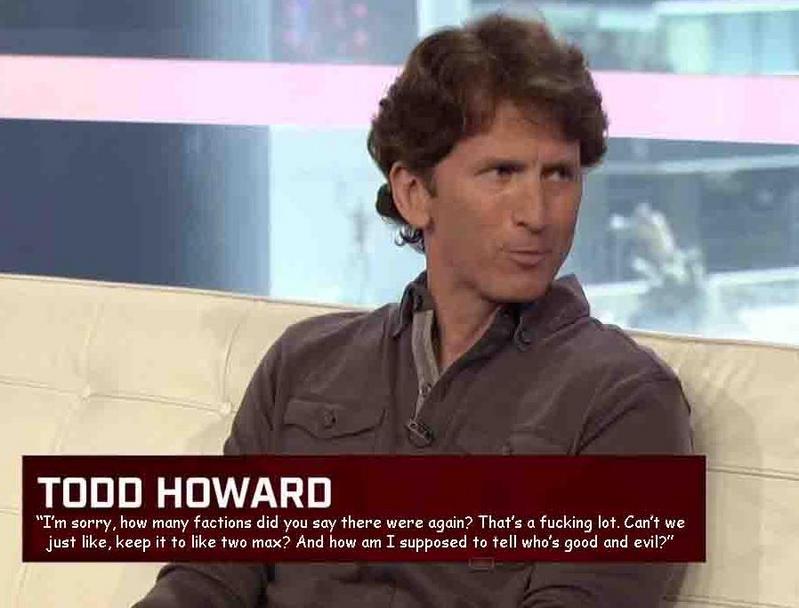 When asked to comment, Bethesda Director Todd Howard grew incredibly disoriented and insisted on sitting down. Though we attempted to coerce some answers out of him, for some odd reason he could only reply with “Yes”, “No”, “Sarcastic Quip”, and “Tell Me More”. It felt like we’d gone in circles for hours before a brick was thrown through the office window.

It is currently unknown which faction did it, but in order to ensure Bethesda doesn’t take any one side, the replacement window will be purchased from a white, nonpracticing Jewish man of ambiguous sexual orientation, currently unmarried, though he has a rocky relationship with his mother. The proceeds from the transaction will go to charity, and help pay for our war veterans who are in retirement. But only the black ones that do not currently own guns, but are not currently opposed to owning them.

Wolfenstein II: The New Colossus is currently scheduled to release October 27th on PS4, Xbox One, PC, and even on Nintendo Switch. The Switch version currently has no launch date, however. Like usual.

Okay dude, I don’t even know what the fuck I just played, but I’ll try to break it all down for you. Journalism can know no boundaries. Japanese 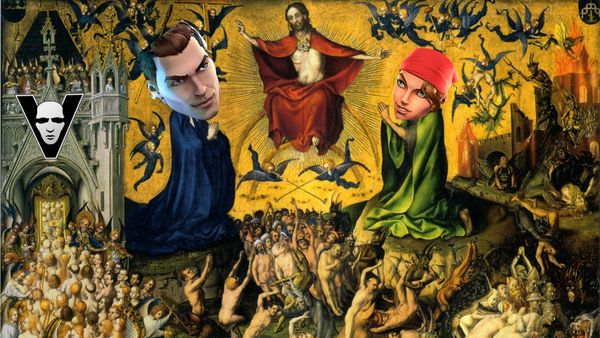 It’s been a pretty rough year for Volition Games. Their ambitious open-world project Agents of Mayhem didn’t exactly do too well, and now this. It seems as if,