Ever since Andrea Tate came out as transgender they've been under attack from bigots, transphobes, and various "influencers" and people in the "media". Bigots are always trying to silence and deplatform trans voices, and Andrea has made herself a massive target thanks to being so loud and vocal before and after her transition. Many were shocked when she came out, but it wasn't too hard to spot the early signs.

The wealthy elite, fascist media that's constantly pushing the agenda of the Nazis that run this country were successful in framing and arresting Andrea after she came out. But with enough pushing from allies, the court has decided to move Andrea to a female prison where she belongs, seeing as she's a woman. Right-wing chuds can die mad about it, because this is only the first step. Andrea will be set free, and all of you right-wing Nazi bigots are gonna pay for locking up the champion of our cause like that.

Trans lives matter, trans rights are human rights, and if you disagree you are on our list, buddy.

"This is a victory for trans people everywhere. Even if my sister Andrea was arrested, this should set a precedent for the future. Maybe one day we can abolish prisons in their entirety." Benita Shapiro, long-time defender and friend of Andrea Tate, told us in an exclusive interview. "We can't rest until trans rights are recognized all over the world and we are seen as equals in society." Shapiro has been campaigning across the country to have trans inmates moved to their proper prisons. Tate just so happens to be the largest figure to be caught up in it, and this ruling could signal a change for the better. Trans people being misgendered and sent to the wrong prison is a serious problem that shouldn't be taken lightly. Can you imagine, being locked up in a jail full of women, as a guy? Your exposure to cooties could be life-threatening. And they'd make you wear lipstick and dresses and listen to Justin Bieber. They don't even make the terrorists do that in Guantanamo Bay.

Or even worse, imagine a girl being sent to boy's prison. The guards would yell at you and tell you to be nice to her, and she'd make the guards take away any cool bugs you found because girls hate bugs. We wouldn't be able to talk about trucks or dinosaurs because she'd interrupt and make us talk about Barbie dolls. And we'd never get to have booger fights anymore. This kind of violence on trans people must end. It's unforgivable.

I pray Andrea's sentencing is light, and that she may be free from the oppressive prison industry that has taken her from us. 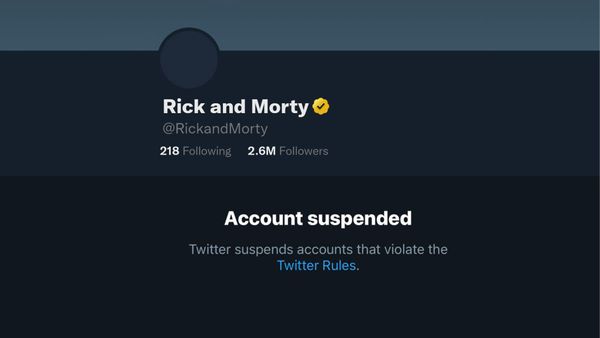 The "woke news media" has gotten out of control with their influence over the young and impressionable minds of America's youth. Trying to force crazy ideas into their heads, like