EA’s Star Wars Battlefront 2 saga has been ongoing since the game’s initial announcement. First people were excited that they were finally gonna improve upon the last abysmal attempt at a Battlefront game. It was gonna have a real campaign and everything. They even promised, no DLC.

And then the real news came out. There were going to be loot boxes instead. And of course, in typical EA fashion, they were going to gouge every last nickel and dime from us with as many microtransactions as they legally could. The fans did not approve of this, and there was a considerable backlash.

But did you ever stop to think about EA’s feelings? This has been especially hard for them. And they think you owe them an apology. 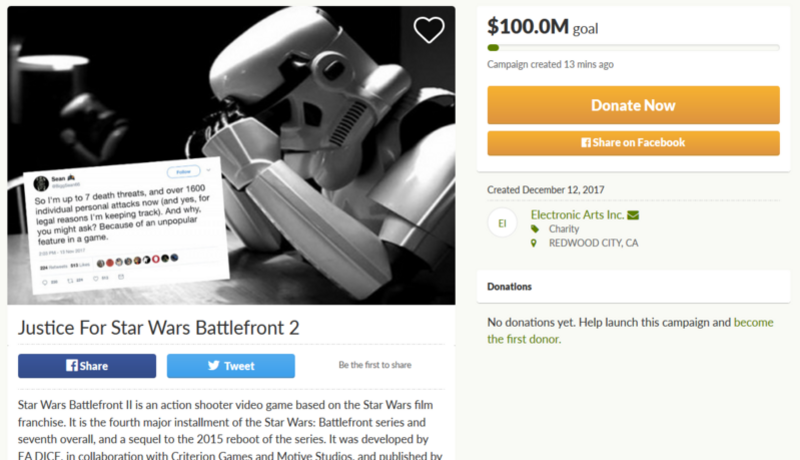 EA’s stock has plummeted, their employees have been threatened, their relationship with Disney is rockier than ever, and their investors are very upset. Can’t you see that your selfish internet bullying has ruined lives? I mean come on, it’s only video games. It’s not like this is super serious or anything.

Internet bullying is wrong, no matter how you want to justify it. If you cyberbullied ISIS until they disbanded and never killed another innocent civilian ever again, you would burn in Hell for eternity. The ends never justify the means, and bullying is illegal in every form. EA is the real victim here. And all because you didn’t want to pay extra money for some dumb video game features. Come on, people have been slaving away at this shit for well over a year I’m sure. Animators, programmers, artists, and so many more worked tirelessly to create this dumb video game for you. Are you seriously telling me you won’t even respect their time by just paying an extra $90 just for the chance to unlock Darth Vader? You should be ashamed.

At least, that’s what EA claims with their new GoFundMe campaign. You’ve cost their business millions of dollars. And now they want it back, and then some for the emotional damages.

If you would like to donate to EA in their time of need, you can find their GoFundMe here.

Regardless of your personal feelings on Battlefront 2, I think we can all agree that bullying is wrong. And all of the proceeds will be going directly to EA’s investors, and Bully Patrol themselves. The Bully Patrol, the men and women on the frontlines protecting us from bullies night and day.

If you’re still skeptic, famous celebrity Kevin Spacey has already stepped forward as a show of support, and is giving all of EA’s investors signed copies of Call of Duty: Advanced Warfare as well as front row seats to his impending court hearing. “I have to give it to EA, they really are a trusted developer in the industry. Anyone that brings joy to children is something worth protecting in my book. Especially with how big Star Wars Battlefront 2 is for the LGBT community. The first openly gay big-budget, AAA game is no small feat, and it deserves respect where respect is due.” Spacey said in an exclusive interview at the Gap Kids fitting rooms.

Other names in the industry have also come forward, including Phil Fish, who was a victim of bullying himself. Mr. Fish has kindly donated copies of Fez to everyone at EA.

We at Lord Waffle King Dot Com must agree with the sentiment. No matter how you try to spin in, bullying is wrong, and I think at the very least we owe EA an apology for our rude behavior, and maybe like twenty bucks of loot boxes. It’s the least we could do. 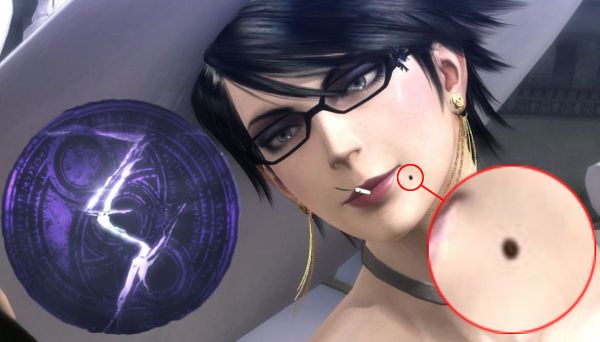 The 2017 Game Awards were huge for Nintendo. They took home awards for both The Legend of Zelda: Breath of the Wild and Super Mario Odyssey, and a number of 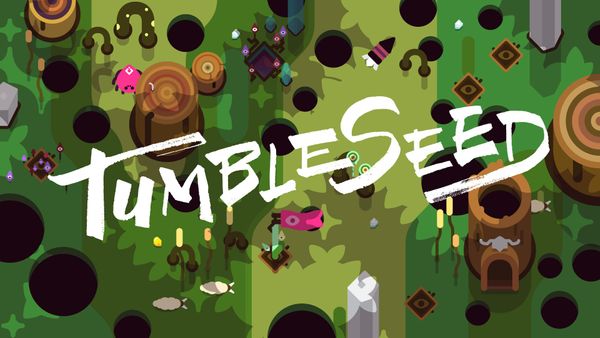 Tumbling is more than just something your nan does. It’s an art form. A way of life. Nan puts a lot into her tumbling. She’s up