Biden and Trump have gone head to head for an incredibly tense election, with the entire country anxiously waiting for one of these people we absolutely did not want to be chosen as our president. But according to an anonymous whistle blower, it's all been an act.

Trump and Biden have been working together all this time to distract from and sabotage the one true hope of the American people. Kanye West. Kanye West would have single-handedly crushed either of these crusty old white men, but with the deepstate oligarchy using their full power to control the media, he never had a chance.

Kanye would have brought unending prosperity to the country. Trump and Biden both knew that. It was like Bernie Sanders being sabotaged by the Democrats, but on a much larger scale. They feared him. They knew that this is what America would be like, without the shackles of oppression they force on us.

Kanye West was robbed, plain and simple. Kanye would have stopped the satanic lizard people, he would have broken up the big banks, he would've simultaneously ended all gun violence while also legalizing recreational nuclear warheads. He would have brought about much needed educational reform by cutting all mention of Poland from U.S. school curriculums. No one needs to learn about Poland. No one should know Poland exists.

Leaked documents revealed both Trump and Biden had been incredibly close with Epstein and his circle, and were both guilty of embezzling absurd amounts of taxpayer money to Israel. They both work for the deepstate shape-shifting lizard people, which are actually aliens, which are actually a form of demonic paradimensional being that can only exist within our mortal realm via blood sacrifice. Kanye, with the power of Christ, would have driven them out from our lands and back to the hell dimension they came from.

Thanks to the oblivious, smooth-brained American voters that can't see through the deceptions of the lizard people, we will have four more years under their thumbs. But worry not. Kanye is praying, and building up his power. And in 2024, he will bring God back to America. In Yeezy we trust.

The world we live in is quickly becoming a scary place. The rampant radicalization taking place across the world, civil unrest born of selfish and corrupt governments that ignore the 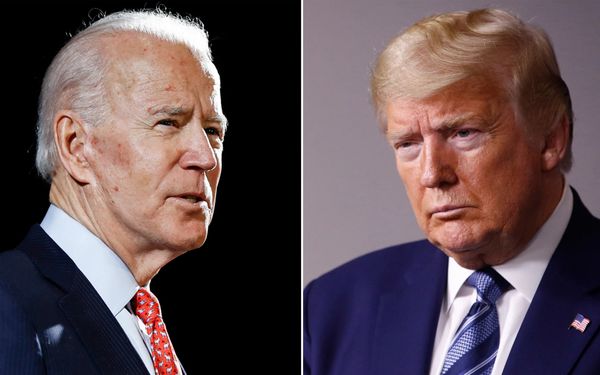 The race for the presidency has been extremely tight, and we still have no idea which of the two was able to commit voter fraud more successfully. It could be