Seinfeld 2017: George Costanza has been banned from the Soup Nazi’s kitchen for life. Needing his soup fix, he’s desperate to do anything to get back in. Genius strikes as he notices all the protesters downtown, chanting anti-Nazi sentiments. George decides to begin attempting to direct them towards the Soup Nazi, insisting that the infamous Nazi is indeed a real Nazi.

While mixing in with the liberal crowd, he meets a cute college girl, who’s quickly enamored with his “passion for social justice”. He doesn’t know anything about political correctness, but plays along, killing two birds with one stone. Soup, and women.

When a stand-off breaks out among cops and Antifa in front of the store, George incites a riot, using the distraction to sneak in and fill up on soup to his heart’s content. The Soup Nazi is killed in the riot, leaving George a little disheartened, as he didn’t think to bring any home. George’s new liberal girlfriend is thrown in jail from the rioting, vowing to wait for George no matter how long it takes. George, not wanting to wait, decides to break it off.

Kramer, close friend of the Soup Nazi, inherits the business. Unfortunately, his first day on the job results in rampant food poisoning. He discreetly “loses” the deed to the kitchen in a game of poker with Newman, whom is later attacked in the subsequent food-poisoning riot that breaks out the following day.

This game is about soup too, so I mean, I just wanted somewhere to post my idea for a Seinfeld episode. I think it’s pretty good. 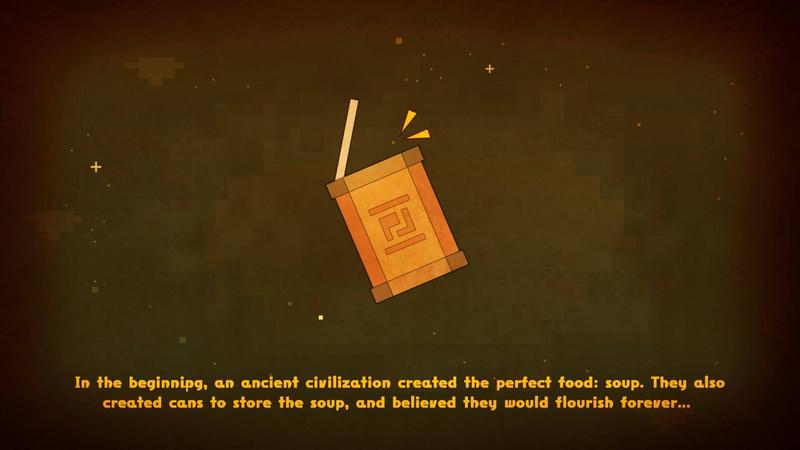 Now this is a game I can get behind.

PixelJunk: Nom Nom Galaxy is a game all about soup. Making soup, eating soup, and selling soup to fund building weapons of mass destruction. All kinds of soups.

Ever play Minecraft? It’s like that, only it’s Terraria. But with soup. So that makes it like 80% less autistic, but it’s still a little autistic. At least you got the soup though. The soup is what makes it all worth it. 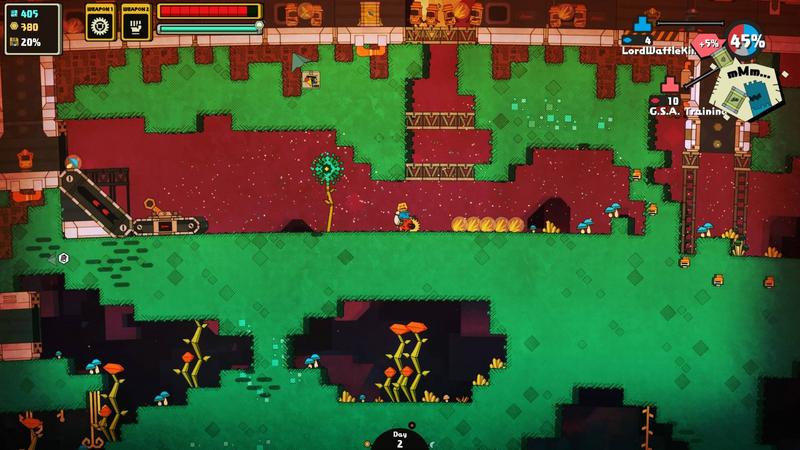 The PixelJunk games are a series of smaller indie download titles, usually simple and arcadey in design. Nom Nom Galaxy isn’t really the same though. It’s a strange mix of sandbox game and tycoon builder. You’ll land on an alien planet, terraform it for optimal soup production, murder the indigenous life and use them as soup ingredients, and build a massive factory to become an intergalactic soup magnate.

It definitely has an appeal, much like any other sandbox builder game of its sort. It’s satisfying to sink hours into, with so much to build, explore, and discover. The game starts out a little slow, but things quickly pick up as things start unlocking and opening up. 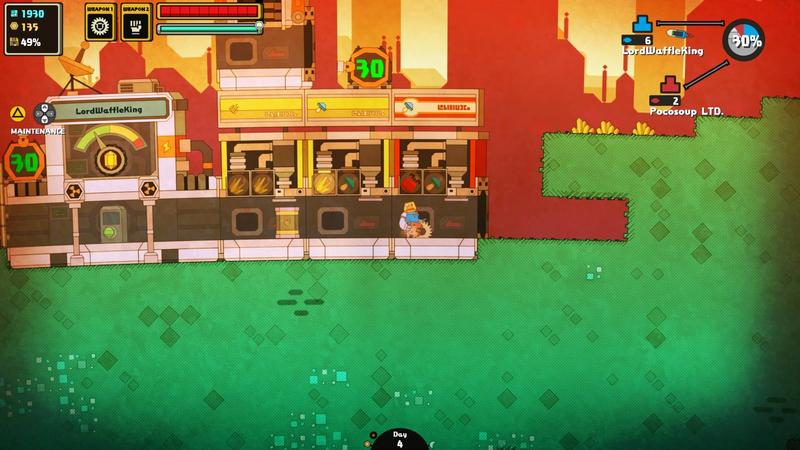 If you’ve played other sandbox games, it’ll definitely feel pretty similar, the stand-out features being the odd tycoon sim mechanics. You’ll need to produce and sell lots of soup to afford the heavy weaponry needed to defend your factory from the competition. It’s a dangerous business, soup production.

The single-player mode will have you go from planet to planet, setting up your factories on each to wipe out the competitors and exert your monopoly over the cosmos. Local split-screen and online multiplayer are also included, meaning you can enjoy your soup with the whole crew.

You know, if I had to pick a soup to compare this game to, I’d say it’s definitely a Borscht.

Borscht tastes like ass. But you put all the ingredients in there, and it makes a soup, and people eat it. That’s kinda what Nom Nom Galaxy is like. 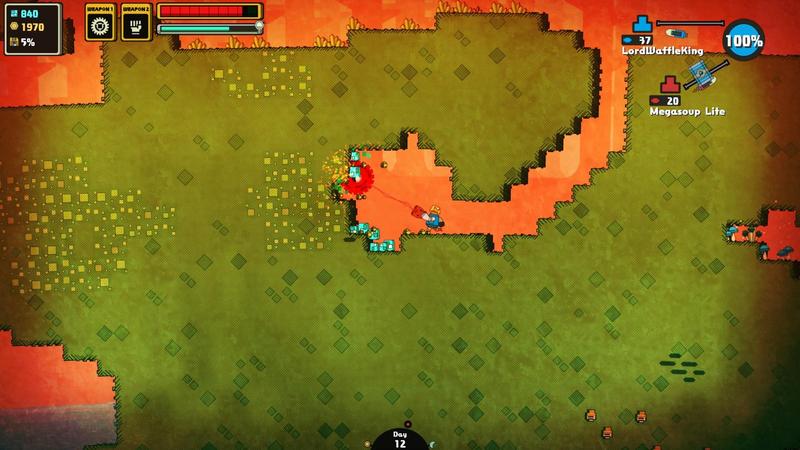 No one part of the game stands out as particularly great. Getting from Point A to Point B is a bit of a chore, fighting things is particularly unsatisfying, and the game can drag on at points. It’s definitely something best played in shorter bursts. It’s the kind of game you accidentally waste hours playing, not the kind of game where you sit down and say “I can’t wait to waste my whole night playing this”. Like spending an entire night hunting for that one perfect thing to jack off to but you just can’t find it. No one plans that.

The mechanics aren’t particularly bad, so much as they’re just a bit of a mess. From the exploring to the combat to the multiplayer, all of it is just kind of unimpressive. No one part of this game makes you say “fuck, this is good soup”.

It’s not like that good Cream of Chicken shit, where you’re like “fuck, you know I can really taste the lemon” or “damn, this soup is so creamy, it’s like someone nutted in it and they’ve been eating nothing but pineapple all week”. You just taste it and you’re like “yep, that’s Borscht”. 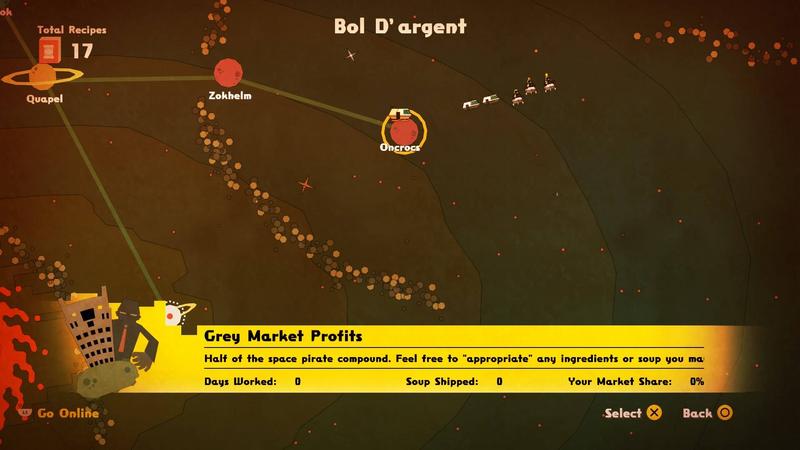 But you know, people eat Borscht. People like Borscht, even if it does taste like a bitch with a yeast infection. Borscht is a delicacy. All the flavors come together, and it makes that Borscht. That’s Nom Nom Galaxy in a nutshell.

If I had to rank this game on individual mechanics alone, I’d say this game is ass, much like what Borscht tastes like. But it’s so much more. It’s charming, it’s addictive, and it’s a joy to play.

It’s definitely something I’d recommend checking out, especially if you’re a fan of the genre.

You know the best way to eat soup, though, is to fill a bowl with croutons. Then you pour the soup in. And you eat it like cereal. That’s how a real soup connoisseur eats his soup.

If you ain’t use your teeth to eat your soup you a bitch. 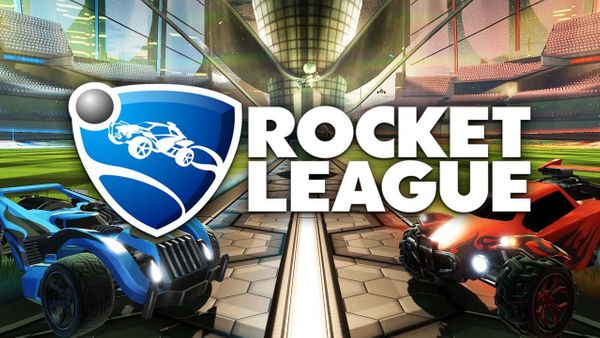 Football is a major American sport and a multi-billion dollar industry. Players make more money than I’ll ever make, even though I should be making billions doing the essential 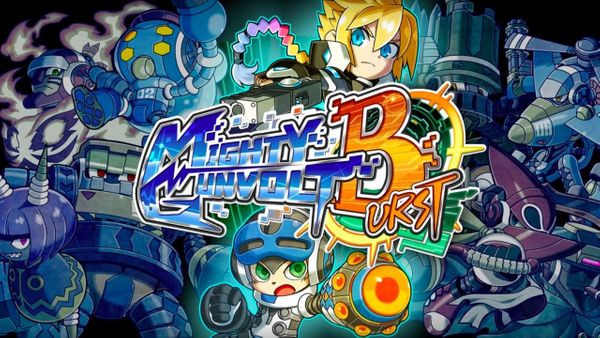 With the death of Megaman came a horrible curse that no one could have ever seen coming. The king of run and gun left a power vacuum behind, with everyone