Ever since Overwatch first released, Blizzard has let loose a steady drip of lore from the enigmatic universe. They’re like, superheroes, but like there was an evil group within them? And like, the edgy school shooter kid with the skeleton mask is like the bad guy, but he used to be a good guy? I dunno, it gets a little heavy at some points.

Blizzard has confirmed that the world of Overwatch has no toilets. 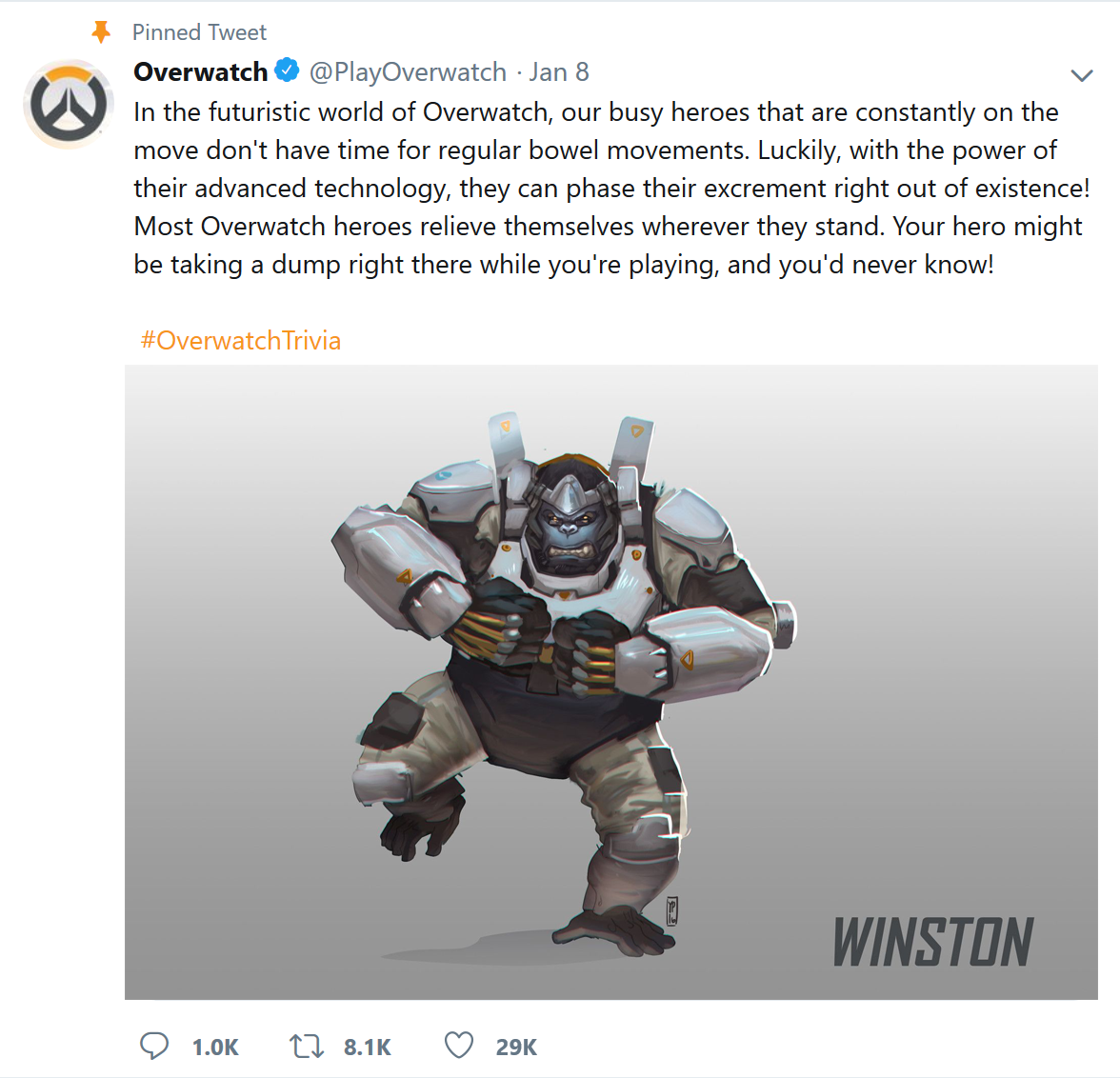 Yes, straight from the desk of Overwatch director Jeff Kaplan, all Overwatch characters urinate and/or defecate at will wherever and whenever they want. There are no toilets anymore, a relic of an ancient age when people actually spent time going to the bathroom. Can you imagine how much time you waste just sitting on the toilet? But no more, not in the world of Overwatch.

Advanced tech like what their suits use is present in many of the heroes’ designs. Symmetra can teleport, Tracer can go back in time. Space and time are nothing to them. Like soft, pliable, moist brown logs against the force of a poop knife. Those feces stand no chance. The Overwatch Twitter account even goes so far as to insinuate that your characters actually poop during the gameplay. While you’re playing. And there’s nothing you can do about it. Widowmaker’s toned purple ass, pushing out a few hot turds into her tight catsuit. And by the power of the future, her cheeks are clean once more.

Very interesting lore development from the team at Blizzard. This will definitely add much to the online discourse between fans. We can only wait with bated breath until the next little tidbit of lore gets squeezed out. 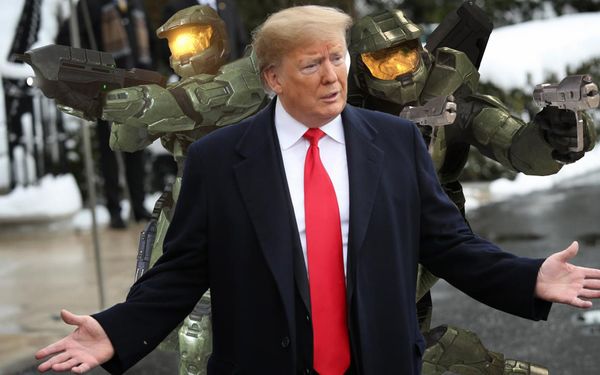 There’s been a massive shitstorm surrounding Trump lately, like usual. It just never ends with him, honestly. The college football champions, the Clemson Tigers, were invited to the 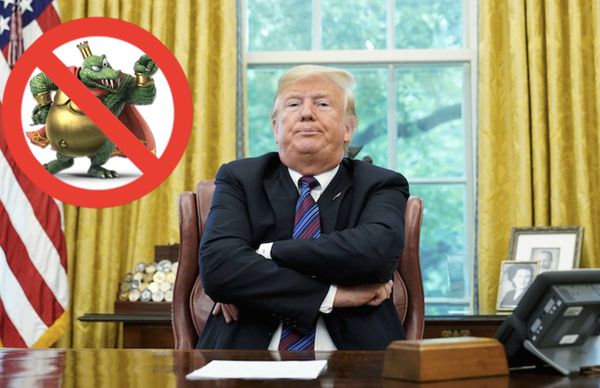 Nintendo’s all-star fighting mash-up has hardly been out a month, and the game’s mechanics are already under fire. Complaints that the game is not “balanced&