Trump cemented his legacy with his final acts as president, rescinding his initial executive order to "Drain the Swamp" and issuing a number of pardons to questionable people.

Among them were obvious picks like supporters and former associates. Former strategist Steve Bannon, former consultant and plug Lil Wayne, that one floating head from Power Rangers.

But probably the most nefarious of these pardons went to electronic dance duo LMFAO (an initialism of "Laughing My Freaking Ass Off", which is the name of the group, not to be confused for me laughing about the situation, as this is no laughing matter), which up until this time had been in prison for party rocking.

LMFAO were arrested in 2011 for party rocking, a grievous crime against humanity that left even the United Nations stunned after all of the horrible crimes they've witnessed. The body count was immeasurable, the collateral damage was catastrophic. They released the formal apology, Sorry For Party Rocking, but officials refused to commute their sentence.

With one fell swoop, Trump has doomed our country on his way out. That fool, he has no clue what he's unleashed. As of this moment, LMFAO are currently writing "Pardoned For Party Rocking", which intends to party rock to an even greater degree than their original Party Rock Anthem. The end times are upon us.

Are you happy? Are you happy with what you've done? After four years of embezzling money to Israel and saying funny meme things for the funny meme frog profile picture people, he truly has made America Based and Redpilled again. And now we're all gonna get Party Rocked one last time.

And I looked, and behold a pale horse: and his name that sat upon him was Death and Hell followed with him. And power was given unto them over the fourth part of the earth, to kill with the sword, and with hunger, and with death and with the beasts of the earth.

Once again, Man's hubris is his undoing. 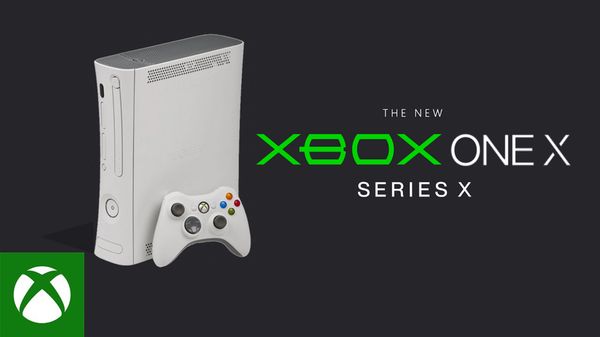 An incredible scientific breakthrough for NASA this morning as they've gotten one step closer to figuring out what the fuck you call the next generation Xbox console. Ever since Microsoft