Captain Toad has enjoyed runaway success with the first installment in his very own series, Captain Toad: Treasure Tracker. The game has gone on to be a big hit on Wii U, 3DS, and even the new Nintendo Switch. But all good things must come to an end, some sooner than others. Especially when they’ve got such a shitty sense of humor like Captain Toad.

Nintendo has officially announced that they’re parting ways with the up-and-coming star, thanks to a string of offensive tweets dating back to 2006. The tweets in question, shown below, reveal a deeply racist and misogynistic sense of humor that should not be tolerated anywhere, not in the public limelight and especially not on the internet. Captain Toad had auditioned for a role in the Playstation 3 classic Uncharted: Drake’s Fortune. 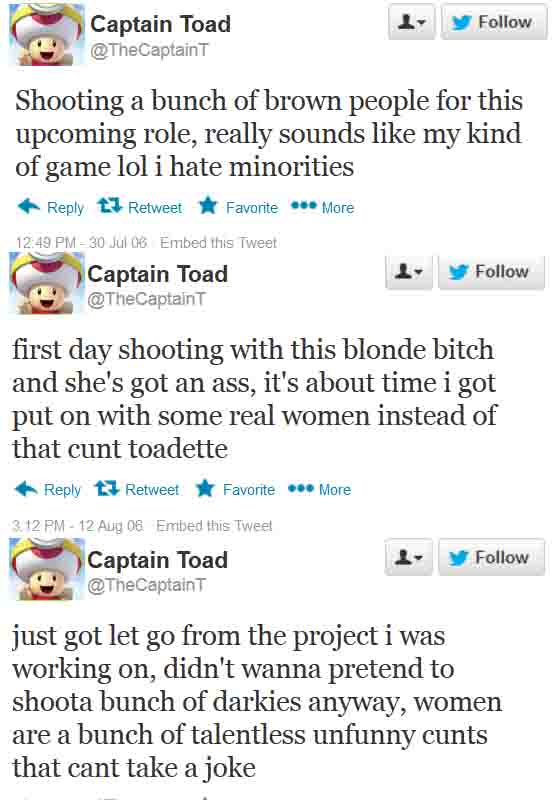 Captain Toad has had a history of tweeting sexist, racist, and homophobic things, including derogatory comments about his co-star Toadette. When the tweets originally surfaced, not only did Captain Toad refuse to apologize, he doubled down on them with a slew of angry tweets about men’s rights and “reverse racism”.

The ensuing shitstorm only got worse once word got to Nintendo. There was a near immediate termination of Captain Toad’s contract, and all “Captain Toad” games for the foreseeable future were put on hold indefinitely, including “Treasure Tracker 2” and “Captain Toad: Sanity’s Requiem”. Captain Toad did not take the termination lightly, and things spun out of control from there. 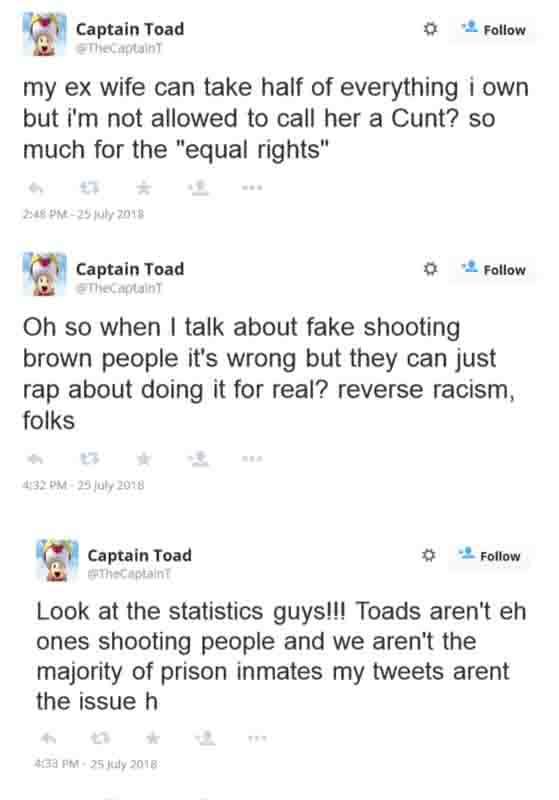 Captain Toad’s Twitter meltdown not only involved tweeting to himself for several straight hours, but involved him tweeting at other prominent figures, including Donald Trump and the Pope. His account was briefly suspended for a few hours, and then brought back up with an apology tweet that seemed more than likely to be written by his agent.

As for Captain Toad himself, it’s currently unknown just how much longterm damage he’s done to his brand and reputation, though oddly enough as soon as he was let go it was announced that he was signed onto an undisclosed project with Warhorse Studios, developers of the critically acclaimed Kingdom Come: Deliverance.

Only time will tell how this pans out for the good Captain, but it should go as a warning to everyone in the industry, and beyond it. Don’t say stupid shit on the internet, someone somewhere will always dig it up. No swearing on Twitter or you’ll be fired from your place of employment, period. 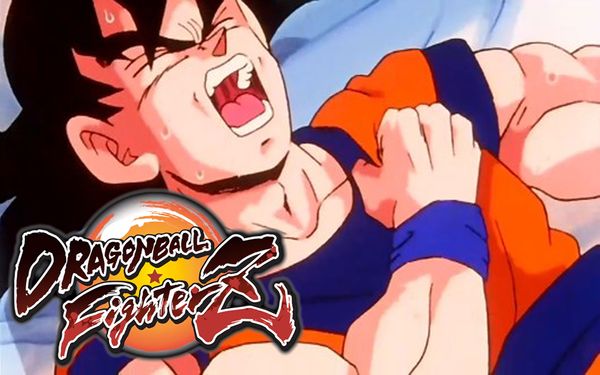 Dragon Ball FighterZ has taken over the fighting game scene lately with its fast-paced, three-on-three fights chock full of screaming and explosions. The easy to pick up but difficult to 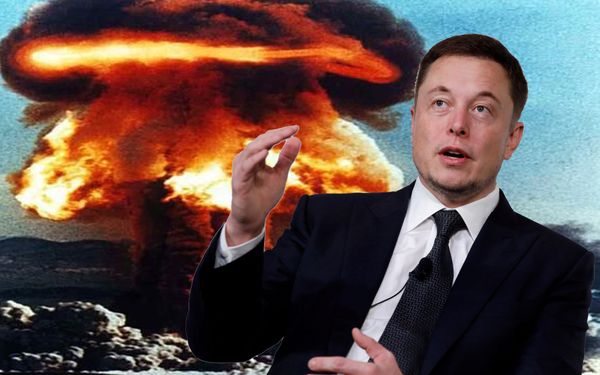 Elon Musk has dabbled in everything from electric cars to space exploration, but his latest project definitely seems rather bleak. Musk seems to be planning for the very worst-case scenario