When will you crazy conspiracy theorists learn? We don't live in some kind of crazy fantasy world, where billionaires are all plotting world domination. No one has any "secret private military death squads", what, do you think money can just buy anything? You think the world's richest, most powerful people can just buy private armies? Don't be ridiculous.

All those crazy posts you see online about Elon Musk using child labor in mines, that's ridiculous. He's just a guy like you and me, he runs a business. Very successful. There's nothing "evil" about any of Elon's businesses. He's not plotting to take over the world or anything, that's stupid. What would Elon want with the world? You think he'd force everyone to be his friend and like him as a person? He's a perfectly likeable guy with dozens of real true fans that think he's brilliant and a genius.

Elon has definitely NOT created an army of "Thumb Thumbs", whatever those are supposed to be. He's not plotting to create a completely obedient military force to enact his will. You're literally a crazy person. What, you think one man with technology can create an army that rivals the traditional militaries of the nations of our world? Don't be silly, there are no nations anymore.

You do NOT live in a cruel world, there are NO mean, nasty people that want to have you as their supper. Don't believe any of that. He's not creating any mutants, or building any robot armies. There's NO such thing as a "Thumb Thumb", and there are NOT armies of them stationed in the underground secret war bunkers that are buried under every single Walmart in the country. Elon Musk is NOT some psychopathic mastermind that wants to conquer the world like something out of a kids movie, that's ridiculous. Everything is normal, everything is fine. You can trust rich people, corporations, and the government. Everyone has your best interests at heart, that's why you get to enjoy all of the luxuries of the first-world.

Look around you. Everything is normal. There's nothing at all weird about anything going on. There are no subliminal messages in the media, no one is talking to you. There are no voices, none of that is real. What, does every billionaire have his own personal army of "Thumb Thumbs", is that what you think? Are there "Thumb Thumbs" in the room with you right now, seizing your stash of guns and ammo? Don't be ridiculous, there are no "Thumb Thumbs" in your safehouse right now. You don't need to fear society, society is for your betterment. We're just civilizing you shit-eating barbarians.

You can be as free as a bird on a big TV. Stop struggling, embrace the future. We know what's best for you. You can be free, like a bird on a TV. 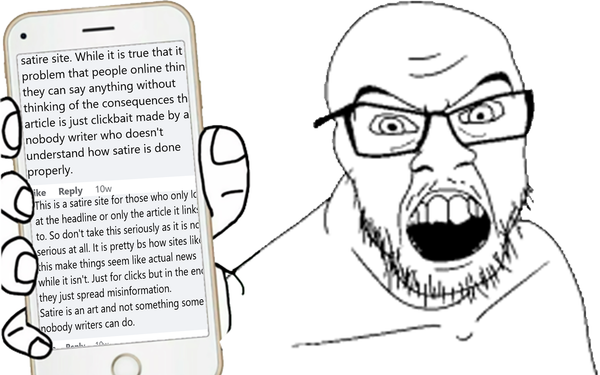 Breaking news: Some fucking dumb idiot thinks they can just come around and run their freaking mouth at me whenever they want. Listen here, buddy. Do you know who I 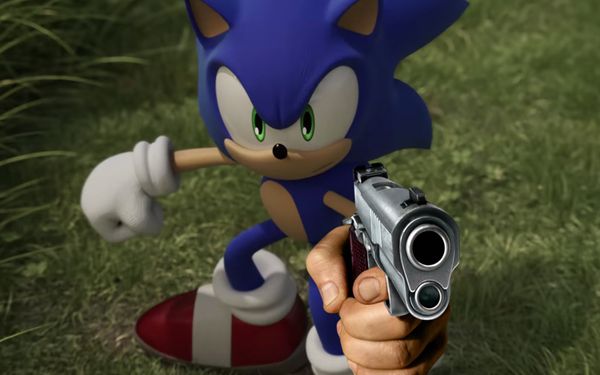 Sega released a new Sonic Frontiers trailer, and fans were blown away by the sheer scale of the open-world. You'll be able to run, very very fast, across a bigger