I am getting sick and tired of all this fake news being spread. You people have no respect for the truth. You people don't understand that some things in this life are sacred. Some things should not be profaned with your wicked tongues. The truth is the highest, and the most powerful. You can spread your silly little lies and gossip, you can try to smear my good image. But on judgement day I know God will have my back. I know Jesus will forgive my sins, but you people are fresh out of luck I'm afraid. That's what you get for telling lies.

It was a little disagreement, that was it. There was no need to get the police involved, and quite frankly I think the blatant misuse of law enforcement time and resources is the real crime here. We didn't need to bring out a taser. I was not drunk, I only had like maybe one or two drinks. I don't even drink all that often. The broken glass could have just been swept up, that fat bitch could have been fired and sent to the unemployment line where she belongs, and none of this would have happened. Do you know how many tax payer dollars were wasted, sending multiple squad cars to some random little restaurant at such an odd hour of the night with all that gear? It's just wasteful, and wrong. It's just wrong.

The real problem here was the waitress. She was being rude, she called me names and violently threatened me when I was minding my own business. She brought out water with too many ice cubes in it, she told me they were all out of the good hot sauce (I know they're lying, I am not going to use shitty hot sauce bring me the good hot sauce when I come to your God damned restaurant), and I specifically said I would like a Hispanic waitress when I walked in but they gave me this fat white whale of a bitch. I have a preference. It's not wrong to have a preference.

Despite all of this horrible service, I remained calm and did not start anything. But the situation escalated when I politely asked the waitress (the fat one, not the Hispanic one) to put some respect on the name of the late John Belushi. I didn't appreciate her tone (she knows what she said) and this simple disagreement spiraled into her accusing me of "attacking her" which is simply false. The glass of orange juice was clearly lubricated with some kind of oil, which leads me to believe it was a setup of some kind, and it slipped from my fingers and shattered upon making contact with the cash register. This had absolutely nothing to do with the altercation, or the fact that she was being a fucking bitch. She was not "cowering in fear", I was not "assaulting" her. She was screaming her head off and being just fucking annoying. I hate when fat white women scream. Like, okay Karen. Such a Karen moment, really. You know the Karen meme, right? When white women start acting like a bitch in public? Calling the cops and acting like they're victims, or like they're afraid or something but it's just like a black guy mowing his lawn or something? That's what it felt like. I felt like I was that black guy, and this Karen was just so rudely putting me in the line of police fire just because she didn't want to face the harsh truth that she's a blight upon society. Imagine how many world problems could have been solved if instead of buying her Starbucks every day she donated that money to a charity. Imagine how many starving bellies could have been filled if she stopped stuffing her face like the hog she is. The white race is a blight upon society. I can't wait until you're all replaced. God. Maybe then IHOP won't have to stock shit brand hot sauces to suit your weak palate. I fucking hate Karens. I should have ripped her throat right out when I had the chance.

This whole thing has been blown way out of proportion. I never meant her any arm, and all of the fake news being disseminated to make me look bad is clearly some sort of politically motivated smear campaign. I'm being targeted, gangstalked, by the wealthy elite that are trying to silence the last independent journalist on the face of the planet. They know that I will uncover their schemes with enough work, and they fear me. But it's too late. Even if I die, my legacy will live on. I have already planted the seeds of the revolution. Your time is running out.

You're lucky I didn't get in my car and drive through the building and paint your floorboards red you fucking piece of human garbage. If I'd gotten the Hispanic waitress none of this would have happened. But you were so blinded by your pride, by the fact that someone said you couldn't do something. That's the bane of you people, isn't it? Being told something is out of your grasp. That you can't do something. You'll shit on everyone in your way just to get it, won't you? You think you're the underdog? You think you're defying the odds or something? You fucking bitch. Fuck you, go to hell. 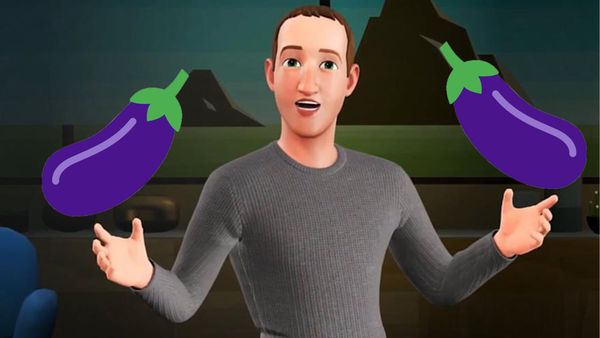 Meta, formerly Facebook, has lost billions investing in the "Metaverse". What the "Metaverse" is, I don't think anyone has ever properly explained to anyone. It's like virtual reality? Except everyone

Nintendo has taken strides to be more progressive and inclusive with their first-party titles. Allowing different skin tones, allowing the player to choose their gender or orientation. But with the