Logan Paul has long been an incredibly controversial figure on the internet, always getting into some kind of shenanigans that leave people wondering how someone like this could really exist in the real world, and not be some kind of carefully orchestrated Rube Goldberg machine of cringe. Some kind of cartoon character brought to life and controlled by some kind of extra-dimensional puppeteer overlords in order to stir up an emotional response of some sort out of those that witness him.

But the social media star is in hot water now, after being exposed as a manifestation of pure annoyance. An emanation of an obnoxious thoughtform conceived by the collective experiences of early internet users recalling memories of their youth. We all knew him. Pokémon cards, WWE, it's like an AI generated him from several descriptions of the kid everyone hated growing up. But the human mind, like a computer built in Minecraft so complex that it can be used to alter the code of the game it's contained within, is the architect of reality. Our thoughts and beliefs shape the world, and while one mind on its own can only do so much, the monsters are born from our collective unconscious. Monsters like the Paul brothers, who are abominations sculpted from the nightmares of our youth, those days we'd dread on the playground at recess.

What they don't tell you about the internet is just how dangerous it is, as an occult catalyst to generate megafauna of the extra-dimensional variety. Minds around the globe, connecting and co-mingling to birth monsters beyond what one man or one community could ever dream. We live in an era of nightmares.

When Logan Paul was questioned on his monstrous astral form, an amalgamation of subconsciously-generated tulpa monstrosities stringing together loose memories of fear, anger, annoyance, dread, and above all indignant rage at that smug, shit-eating grin; Paul began to exude a tremendous astral energy. He uttered an indecipherable chant in what I think was Sanskrit (I'm a bit rusty on my Sanskrit) and threw a folding chair at us. He jumped through a window and ran into the woods. We chased him, but he'd gotten a head start and we could not catch up. We are still on the lookout for him, but as of right now it seems that he may have evaded our grasp this time.

If spotted, you don't need to be afraid or anything. He's literally just annoying, he can't shoot flames or curse you or do anything crazy. He's literally just supernaturally gifted at being horrible. Still, he is technically a mortal demigod, as he's united his substantial astral form with a physical body. You are advised to not follow him on social media, like any of his content, or engage with him in any positive way, as these can be interpreted as forms of "worship" and may contribute to his power. Also you should just not interact with him anyway because he'll finally go away if we all just ignore him. As above, so below.

Zoomer humor has always been a bit baffling and hard to comprehend for older generations. They seem to find the strangest things funny, from completely gibberish word salad to strange 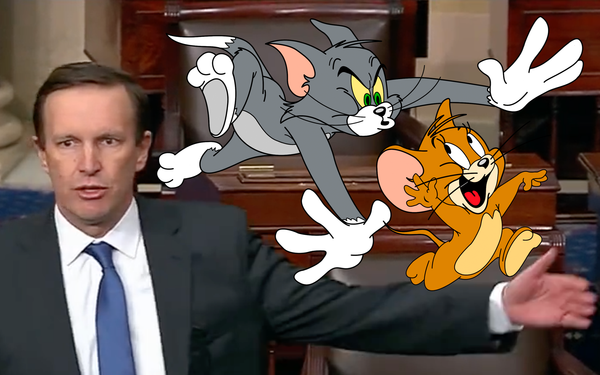 With school shootings on the rise, Americans have been stricken with absolute terror. The places they once thought safe, like schools and shopping malls, are now targets for obscene violence.