Conspiracy theories and fake news have gotten out of control to a terrifying degree in recent years. But thankfully, authorities have begun to crack down and squash this dangerous misinformation and prevent it from spreading like some kind of horrible virus. And this war against deception and falsehood has recently culminated with two massive legal battles between two well-known figureheads and our just, infallible court system.

Alex Jones, well-known radical extremist nutjob, is on trial for spreading fake news about the CIA "staging travesties across the country in an attempt to disarm the population and rule us with fear of the outside world beyond our bubbles of capitalist consumption". And Chris Chan, infamous internet psychopath that has declared themselves some kind of "prophet" or "messiah". As luck would have it, their trials have coincidentally occurred rather close to one another. And their respective legal teams appear to be up to something.

The exchanging of notes and letters between the two parties has raised the eyebrows of legal authorities, and the notes that have been intercepted and recovered have only raised more questions.

"One note that was intercepted included several paragraphs of schizophrenic word salad. Something about dimensions merging, and interdimensional demons leaking into our world? They assert, rather falsely, that mankind is ruled by these demons and that the trials for each of them are being purposefully sabotaged. This, again, is also false. Our legal system is something we can trust, and is run completely by real human beings. There are no interdimensional demons and no dimensions are being merged with one another. No one is going to be crucified, the jury will not rule to crucify Chris Chan. Being publicly humiliated in front of the entire world for being groomed into committing incest with your own elderly mother by anonymous real humans on the internet is NOT some kind of allegorical parallel for the crucifixion of Jesus Christ. There are no demons on the internet posing as humans. Nothing is going to happen. Please, just trust the respected news sources, and trust the science." An official from the courts stated in an exclusive interview.

Remember to only get your news from trusted news sources that have been verified by authorities such as media corporations and the government, which is also just and infallible.

Infamous influencer Andrew Tate has made himself quite the online punching bag recently, with people from every social media website dog-piling on him for his controversial and often offensive takes 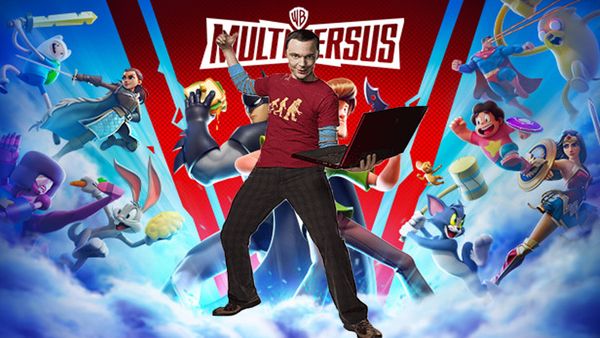 Everyone is racing to get their own crossover fighter into the spotlight, with Smash Bros and Fortnite showing just how lucrative a mashup of different IP can be. All of