It’s a wild world that we live in now, where simple things can be threats to free speech and the slightest remark could be perceived as a million other things. Funny internet frogs are now menaces to society, and simple behaviors are now being classified as signs of racism and hate speech.

It truly seems as if nothing is safe anymore from the twisted world of politics and agendas, where everything from cartoons geared towards children to our social media is run by people with special interests that have no problem at all attempting to brainwash us and indoctrinate our kids.

Not even cutesy video game characters are safe anymore, apparently. After so many years, it seems Nintendo has finally found its breaking point, and is making some changes to their main mascot, Super Mario. 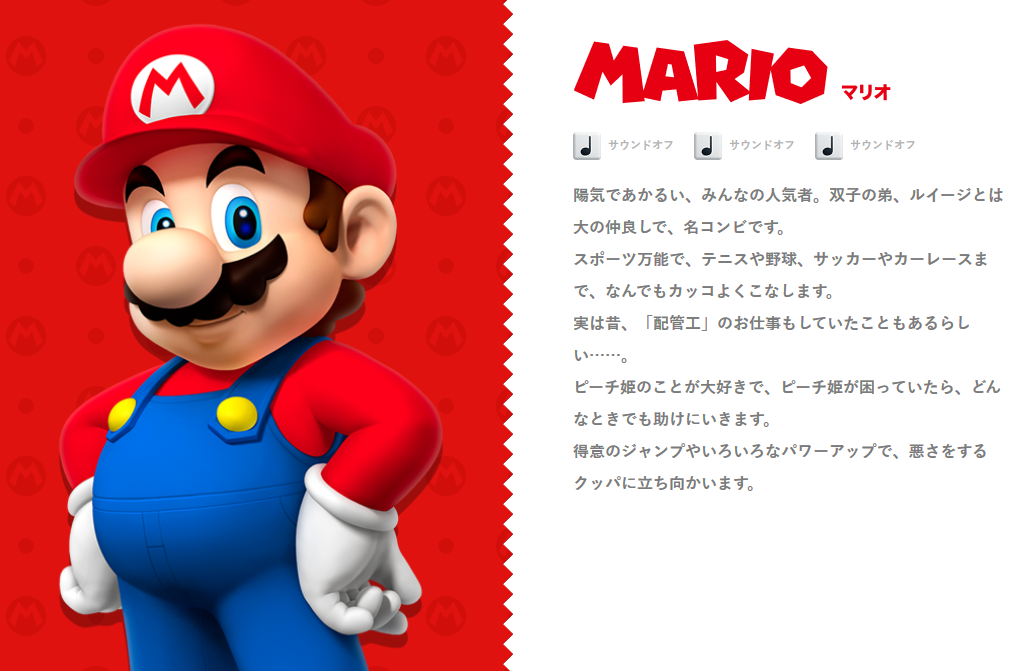 A change on the Japanese Nintendo website now lists Super Mario as “formerly a plumber”, but now lives a carefree lifestyle of playing sports and doing whatever else he wants. The sudden shift in occupation comes right after a certain political group took an interest in the portly little Italian.

The iconic plumber hit it off on the infamous boards of 4Chan, where alt-right supporters elected him as “their guy”, citing the franchise’s longstanding racism and sexism as signs that Nintendo was on their side. Within hours, Super Mario was all over the board, with 4chan vowing to make sure the Nintendo Switch and Super Mario Odyssey beat out every other console over the holidays.

As the news began to trickle back to Nintendo, they were faced with a crisis. While an easy solution would be to just ignore it and reap the benefits of the alt-right buying all of their products just to make a point, the last thing they would need now that they’re doing so well is for Super Mario to be branded a hate symbol. The solution for the time being, was to strip Super Mario of whatever they could in hopes the alt-right would leave him alone. 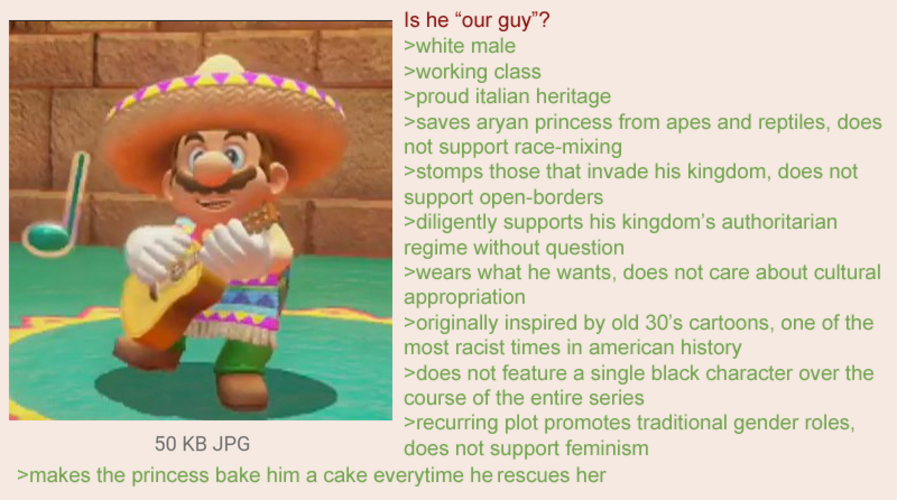 All instances of Mario’s “Italian heritage” are now gone from Nintendo’s website, he is no longer a working class American, and there have been talks of reverting Mario’s iconic design to his retro blue hat and red overalls look to eliminate any similarities between his red hat and the now infamous “Make America Great Again” hat.

Nintendo does not want to take a side in the world of American politics, and are going the distance to ensure that Mario does not get grouped in with any inappropriate influences. However, the sudden shift does seem to paint them as more of a left-leaning company now. Nintendo has yet to cut any ties between Waluigi and Antifa, the other side of the spectrum. Is that because Waluigi is not as important of a character? Or is this just Nintendo showing their true colors?

Either way, it’ll be interesting to see how they handle Super Mario Odyssey now. The game, which features Super Mario visiting an assortment of foreign countries and wearing the traditional garb of a number of cultures and ethnicities, will surely be the deciding factor in what direction Nintendo ultimately takes. Whether they water the game down to avoid taking heat from liberal snowflakes or not will make or break their reputation here in America. 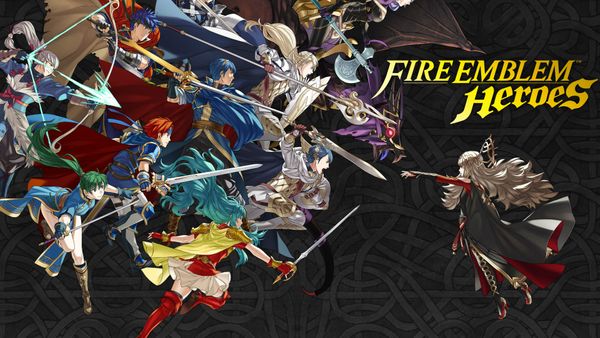 The mobile market has long eluded Nintendo. First Mario would never be on iPhones. Then Mario was on iPhones. It wasn’t exactly worth the wait. They made a meme 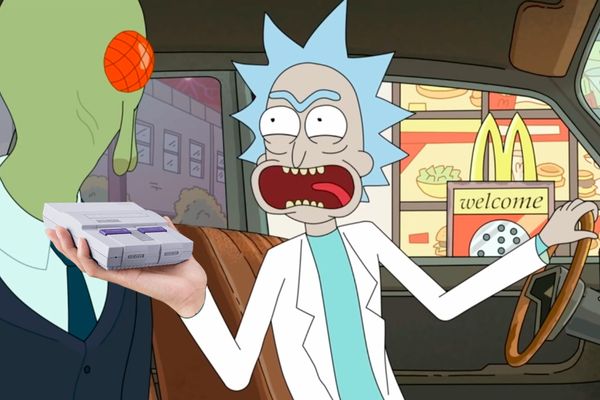 It’s been a wild weekend for Rick and Morty fans. McDonald’s stepped in to bring back the fan-favorite Szechuan meme sauce, and fans were lined up hours before