The entire crypto market has collapsed after prominent rapper Chief Keef made a public statement claiming that Bitcoin was "wack". Crypto, which many claimed was a bubble and a scam, had become a billion dollar industry, with multiple new coins coming out left and right to collectively undermine the US dollar and decentralize our currency with the magic of the blockchain.

Chief Keef, however, was not impressed with the technology, and claimed that it was "wack". The rapper took to Twitter to voice his thoughts on the matter. "I think that people will always want to have a physical representation of their wealth, and will not be eager to embrace the future of a digital dollar. Even now, with the US dollar, that representation is hollow. It is a facade, smoke and mirrors. The dollar is no longer backed by gold, it's entirely trust in a system that views us as cattle. We enjoy the illusion of having some control over our lives. Rather than embracing this new future of digital currency, we should invest our money in something tangible, that holds real value." Keef explained in a long Twitter rant.

The cold, hard facts that he was spitting seemed to resonate with the people, and it seemed almost instantaneous that the crypto market began to dip. And it just kept falling, with major exchange platforms like Coinbase threatened with bankruptcy.

"The centralized banking system that runs our political and legal systems would not willingly allow something such as crypto currency to overthrow them and all they have built, and because crypto currency seems to be pushed through their media channels that they also control I am inherently skeptical of it. They run this world, they are the architects of Satan's kingdom. Do not trust anything you see from their mouths, learn to think for yourself. Even if crypto does have value as a tool to dethrone the centralized banks, I would tread carefully. Unlike paper currency, crypto currency relies on technology that makes it difficult to be accessed by the working class. And their system relies on keeping the oxen turning the wheel. They fear the cattle discovering their horns and rising up against them, the birth of the holy bull among men who will carry the sun in their horns, he who would be the holy ram of God that will lead the flock to trample the serpents of Babylon underfoot and return earth to Eden." Keef explained very thoroughly on Twitter, posting pictures of gold and precious metals that he had invested his cash into in order to future-proof his investments.

Crypto prices have plummeted to an all time low, and many are wondering where the market will go from here. If it will ever climb back up to what it once was, or if their hubris has ultimately lead to their downfall. Many have lost their life savings, their homes, their entire lives. It's truly a tragedy, as they are but pawns in this game, the house slaves that have been given a crumb of power over the field slaves that toil for their sake.

There is no word yet on if Dogecoin will still reach the moon or not, but I am still holding as Reddit has instructed me, and I don't care how much I lose. I have complete faith in my Reddit brothers.

It may be news to everyone, but there was an Overwatch 2 beta. I didn't know Overwatch 2 was coming out, honestly, but I guess that's something coming out. I 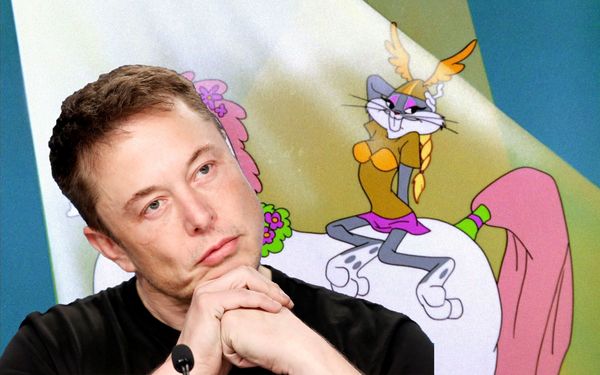 Elon Musk has been making a lot of bold promises and threats about the future of Twitter, after acquiring the company for roughly $44 billion dollars. Reinstating high profile accounts